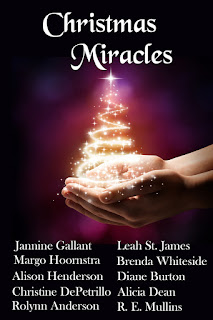 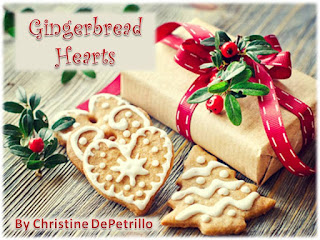 Tune in tomorrow for Chapter Two! In the meantime, head on over to Small Town Hearts on Facebook and enjoy holiday fun with me.

Happy Holidays!
Chris
www.christinedepetrillo.weebly.com
Posted by Christine DePetrillo at 12:00 AM

Love it, Chris! I guess we have to wait until tomorrow to see what was bare other than his feet! LOL

I'm chuckling. This is fun.

OMG....love this!!! Such a great opening. Definitely hooked. You did a great job of layering in the senses and the tension. Can't wait for Part 2!

Thanks, ladies! I always have such a blast writing these tales! These characters are younger than the ones I usually write about too. Not sure where they came from, but I like them!