What A Week It’s Been by Donna Michaels

Hello, it’s Donna Michaels, sorry I’m late, but considering the past ten days, I guess it’s fitting that I scramble to get this post written. J 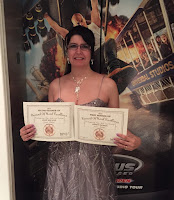 Last week, I was hanging out with the amazing Rolynn Anderson at InD’Scribe Author/Reader Convention in Burbank, California where we both won awards! Woot! Rolynn was 2nd Runner-up in the Romantic Suspense category of the RONE Awards with FEAR LAND! Congrats, Rolynn! And I was shocked to win 1st Runner up with COWBOY PAYBACK and then 2nd Runner-up with LOCKE AND LOAD in the Cops, Jocks, and Cowboys Contemporary category! Still in shock!  Here’s a photo of me holding them, taken by my real-life hero, my hubby, while I stood in front of one of my favorite hero inspirations…J


The convention was great with several informative and fun panels, but you can ask Rolyn, I missed a few and had to juggle my time because I was on deadline and writing every spare second. Bless my editor, she was on standby and editing the chunks of story I sent her every day because the novella I was writing was due for upload in Paige Tyler’s Dallas Fire & Rescue Kindle World no later than Tuesday because the launch was Thursday. So I had to write, edit, then format the book. Yeah, crazy, but doable. And I did—able. lol Phew. 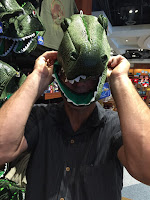 Even managed to get two hours sleep before hubby and I hit Universal Studios on Sunday before we flew back home on Monday.
Here's a photo of my husband at Universal, trying on a fabulous hat.
I like to call this Dino-Michael :-)

I’m happy to report I uploaded on time. Launched on time. And oh my goodness, WHINE AND RESCUE hit #1 in Romance in Kindle Worlds for several days this week, and is currently at #3!!  Can you believe that? I can't believe that, hence the screen shots I took on release day. :-) 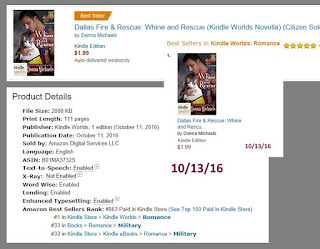 Thank you to all who helped make that possible. I am truly humbled by your support. <3


In case you're interested, here's the cover and blurb to the novella I mostly wrote last week in California. 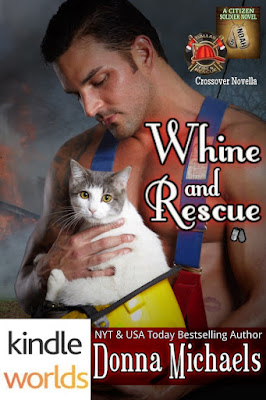 https://www.amazon.com/dp/B01MA3732S
The brother of her sister’s fiancé is hotter than a Texas summer and back in Dallas making Layla Pickett want things she can’t have. Him. It doesn’t stop her from fantasizing though, especially since he often frequents her coffee shop—Coffee Cats—a place she opened for the firefighters to destress with kittens and cats while grabbing a quick coffee and a bite to eat. Although, whenever he’s near a very different destresser comes to mind.
Noah Donovan knew being around his future sister-in-law’s sister was going to be tougher than leaving his buddies in his guard unit and fire house up in the Poconos of PA. He’s faced bullets, bombs, and fires with those men, but returning to Dallas is even more dangerous. No amount of turnout or guard gear can protect him from the attraction that sizzle between him and Layla. And when he visits her shop, it’s not the cats he wants to play with.
But even if she is willing to take a chance on a guy who is about to become a permanent extended part of her family, will the fact her godfather is his captain put a damper on their heat?
~~***~~***~~
All that rushing and scrambling and sacrificing is worth it, and I’ll keep reminding myself of that as I begin to scramble to write a novella and novel by Nov. 13th. But first, I think I need to sleep for two days.


Have a great October! Thanks for reading,


www.DonnaMichaelsAuthor.com
Posted by Donna Michaels at 8:50 AM

What a whirlwind! Glad you had a good time. Congrats to you and Rolynn both. Nice wins!

Congrats, Donna. You and Rolynn rocked those awards! Sounds like you need to take a deep breath and chill for a day. Glad you managed to have fun despite the pressure at the conference! Oh, love that cover!

Woo hoo. Big congrats to you!

Wow, what an exciting, whirlwind week! Congratulations to you!!

So glad you took time to let us know what's been happening. Congrats on the awards. What a thrill that must have been. Sounds like you need a good long sleep. Good luck.

Donna, you are, indeed, the bomb! After writing some key sex scenes, you dressed up (beautifully!) for the Rone awards and walked off with two awards. I'm so glad to hear your latest book is scoring so well. Great energy at InD'Scribe...and you, especially rode the wave. Congrats, friend!

Wow, what a week for sure. But, an awesome one. Congratulations!!