Our World By the Numbers by Vonnie Davis

I've shared my plight with you in previous posts. An editor who wanted me to dummy down my writing for the millennials. Is it that I don't know my market or she doesn't? Stick with me ladies, there's more to my tale.

Perhaps too much attention is being paid to the numbers. Publishers want books that are overnight best sellers. You know, the ones that hit the USA Today Best Seller list the first week after they're released. Dream on, I tell myself. I'm lucky if I break the top one-hundred on Amazon.

I'll never be a best seller out of the gate or after a long stroll. My books take awhile to build a following. But eventually, they do. I just got a gift card in the email for a restaurant from a reader who says she's read my books several times. I cried. My sales might not be fabulous, but my readers are. My publisher, however, wants instant success, a mercurial rise to the top of the ratings. With me, that's not happening.

For example, take my Black Eagle Ops series. Based on pre-orders of just over 120 for book one, my publisher had decided the series wouldn't do well. Book two had already been turned in, so they told me they wouldn't want book three unless they were surprised by sales. Shortly after that, I got an email from my editor that over 500 reviewers/readers had requested book one, HER SURVIVOR, on NetGalley and wasn't that awesome? I'd have close to 500 reviews. I just scoffed. What world does she live in? These people were looking for a free read, what reviews they do post are super low and downright nasty. My book released with 26 reviews. Where were the other 474? Sales have been poor and have just topped a thousand copies (would they be higher if 500 copies hadn't been given away on NetGalley?). Whatever. In my publisher's eyes, this series is a failure.

I need a book to fulfill my three-book contract. As I told you before, our flight home from granddaughter's wedding provided me with a story idea. I submitted it to the publisher. I was told to keep the plot thin. I did.

I was told to keep my humor down. I tried.

I was told to submit every chapter to my editor so she could see I was keeping on track. I bristled. Oh, ladies, I was mad as hades! I'm not some errant child to be constantly checked on.

She continued, "We're doing you a dis-service by making you write in a different way. Your humor is your voice. But your humor doesn't work well in contemporaries where readers expect reality." I thought of my Wild Heat series with another publisher that's doing fairly well, even with my off-the-wall sense of humor...and kept my big mouth shut.

"We'd like you to write more bear shifters. We checked your numbers and were shocked. You've sold over twenty thousand of each book in the series. Your sales are slow, but steady. You've got a following there. Besides, in paranormal romance you don't have rules to follow. Your humor fits that sub-genre."

I was thrilled! I could keep Effie alive, my readers' favorite character. I'd always planned for Highlanders Beloved to be a longer series. I had my heroes already in place. My ear may have been pressed to the phone, but my mind was racing ahead with plotting and planning. 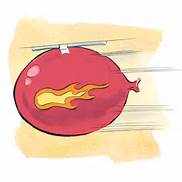 "This will be a spin-off, you can use the romantic couple you'd set up in book three of the original series, but place them in another location. You won't be able to use Effie," my editor continued. I could hear the hissing of air escaping my red balloon of excitement. "I know how you love to create secondary characters, but keep the plot focused on the heroine and hero. Okay?" More hissing of air. "Oh, and no magical elements. Only bear shifters." Empty, floppy balloon fluttered to the floor.

I submitted my vision for the series and four paragraphs about each book as requested. It was approved, although the titles were changed. So, I'm working on chapter one of SHIFTERS OF SONAS ISLE: Kendric. Now Kendric was a police detective in the original series and will be a law enforcement officer in this series, as well--a sheriff. So, knowing I can't use Effie or many side characters...hehehe....well an idea occurred. A sheriff needs a deputy. Right? Right! Enter Arlo Rogers, the Highland version of Barney Fife. Have I got a lot planned for this American character with an eye for any sway of a skirt. 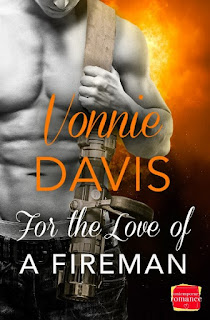 If you'd like to read how my humor doesn't work in contemporary romance, FOR THE LOVE OF A FIREMAN is only 99cents. http://a.co/0qAhfNn
Posted by Vonnie Davis ~ Romance Author at 12:00 AM

Oh, Vonnie. My lift for the day! Thanks for sharing. You go, Girl!

I'm reading this post, Vonnie, while drinking my morning coffee, and finding it very thought-provoking (I'll be mulling over it all day). Thanks for sharing.

Vonnie, I hate what you're going through. To not be able to write the book you want is horrible. I can't imagine having to turn in each chapter as I write. By the end of a book, I've changed my chapters many, many times. I'm seething for you. And the air you hear hissing is the steam coming out of my ears.

What Margo said! Your sales numbers are phenomenal in my book! This publisher is lucky to have you.

They finally realized your humor is your voice? Well, duh! You think it took them long enough? Are the sales worth putting up with the pub and their demands? That's the question I'd be asking myself about now. But I have every confidence you'll create a new Effie who will delight your readers, despite the roadblocks in your path...

Vonnie, it's such a shame how they keep squashing you out of your book. Your personality and sarcasm are what drew me to you in the first place. Knock them dead and know we will be with you~

For those of us small press pubbed and self-published, what you're telling us about big pubbed 'book-making' is shocking, like watching sausage being made. Procrustean, too. We're told to keep writing the books of our heart! All that being said, your publisher wants to make money, and I assume, you do as well. (I sit out here with no clue how to sell my books the way yours are selling.) As long as you can find a way to write what makes you feel good, so this isn't a bargain with the devil :-), go for it, Vonnie. Here's to more Vonnie humor, not less.

Margo, I learned a long time ago to nod my head at the boss and then do what I wanted anyhow. It's a talent...or a curse.

Angela, I'd written non-stop for over three years before I got the attention of the bigger pubs. When I say non-stop, I literally typed THE END. Hit save, opened a new document, and typed CHAPTER ONE. I don't outline or plot. I write. And rewrite until I get it to my liking. I love the process. The characters in my head direct me. My editor doesn't get that...and I don't get that she doesn't.

Dianne, thank goodness she hasn't asked for every chapter of the shifters books. She'd be on the phone to me again.

Leah, Random House is now calling me a Niche Writer. I'm their only shifter author. I laughed when she told me that. I've written historical, contemporary, romantic suspense, paranormal romance and now they want to squeeze me into a niche? I'm going to need more than one publisher. LOL I write what comes to me.

Believe me, Jannine, I've asked myself that question many times. I look at those six chapters of MR. O.H. I've gone back and rewritten them in my true voice. I'm not throwing away all that work. I'm either self-pubbing it or submitting it elsewhere.

Hugs, Michelle. Believe me, I intend to write this book somewhat within her guidelines, but mostly to my satisfaction. This whole experience has my big girl bloomers in a twist, let me tell you.

Since Loveswept is a part of Random House, they have a lot of ways to promote our books. And they do, Rolynn. Which is one of the reasons I do like being with them despite all my grumbling. They promote me in a lot of avenues. I do twitter and facebook as does my fabulous Street Team. Learning how to do a newsletter is my next project for promo. As for making money, Calvin and I have decided to use my royalties to help with Ryan's tuition at MIT. It's 69,000 a year to say nothing of all the extras. After Ry's through, we have two more grandchildren to help through college should they decide to go.

I hate what you've gone through (and still are) but appreciate you sharing it. As selfish as it is, it's nice for those of us who are in an unhappy publishing place to know we're not really alone.

I'll just repeat word for word what Rolynn said. Keep at it, Vonnie. And strange as it is that I'd be as mad as you, I'd still like to try it with the bigger girls.

Your editor gives me hives. I'd be through the roof if I had numbers like yours! I'm so glad you're going to be able to go back to your beloved bear shifters, and I hope you find plenty of ways to slip in the elements you love.

By all means, Brenda, you should go for it if that's your dream. It was mine. There are many aspects of a larger pub that I enjoy and some I don't. This is my BIG don't. I'm a control freak and very protective of what I write, so being closely managed does not work for me...at all.

Thanks, Alison. I've already slipped in some humor and it felt soooooooo good.

Vonnie, you give new meaning to 'laughing all the way to the bank.' It's wonderful Ryan's college education benefits from your book sales. Shape-shifters funding MIT? Now that makes me giggle.

Vonnie, I'm so caught up in a series I'm doing for TWRP, not sure if I'll ever try again. Age and life might get in my way if I let them. I, too, would have the same trouble. Ask my family...I'm a control freak.

I think being a control freak makes for a stronger writer, Brenda. We have a need to control our stories and characters. Of course, at times, they control us and that's when the fun begins. The battle of who's going to win. Us or them. As for editorial control, it's a bummer. It stifles creativity. I'm too bodacious to be stifled. Worse comes to worst, I'll self-publish.

LOL You go, girl! Way to hold on until they saw the truth of their mistakes. Can't wait to meet Arlo. :-)

LOL. being published has its own problems. Thanks for the laugh.

Oh my gosh, Vonnie. Thanks for sharing your experience. I'm sure that must have been very disappointing for you, but at least it turned out okay in the end, right? :) I'm glad you get to write your bear shifter stories and the 'Fife' character sounds like a hoot! LOL. Yeah, uh, it's about time they recognize your voice is your humor!! Hugs...