How Romance Has Been Influenced by Gothic Fairytales by Marina Myles


Please welcome Marina Myles, our guest blogger, to The Roses of Prose! 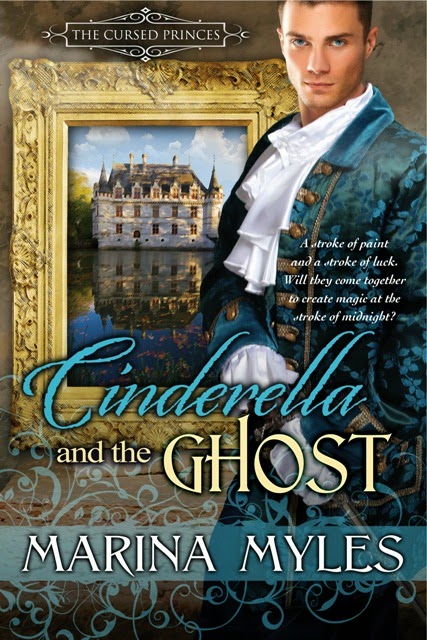 Sleeping Beauty. Beauty and the Wolf. Hansel and Gretel.  These classic fairy tales evoke visions of dark, gothic castles or of creepy shadowed forests. They also bring to mind the fight between good and evil as well as visions of wicked witches and frightening beasts.
Like many of us, I loved fairy tales as a child. I had my mother read them to me over and over again. That’s why their timelessness is ingrained in my brain—having secured a special place in my childhood memory bank.
But what makes them still appeal to modern readers?
There is plenty of evidence that they do. Consider all the current television shows and motion pictures based on fairy tales. From Grimm to Once Upon A Time to Snow White and the Huntsman to Maleficent starring Angelina Jolie, there is still a strong market for retellings.
To answer the question, I believe fairy tales appeal to modern readers thanks to the idea that love conquers all. Look around us. There is so much stress and tragedy in the world. We all need a little hope and romantic salvation…a little escapism, as it were. The other day, I turned on the news and watched a horrific story about the violent murder of a college girl. Following the story was an account of a restaurant customer offering to pay his waitress’s college tuition after hearing about her monumental student loans. He was her fairy godfather!! I was so relieved that a positive story followed the tragic one. It actually changed my attitude for the morning.
What could be more positive than a fairy tale? We are able to get lost in the magic of them, cheer for the hero, sympathize with the heroine, and shout with joy when the prince and the princess end up with one another. We know there will be a happily-ever-after, but isn’t that why we read them?
I hope readers enjoy all of the stories in my Cursed Princes series. They contain a little mystery, suspense, and action, but you are guaranteed to get your positive ending!
Thanks for having me!

Marina Myles’s love of books began as soon as she read her first fairy tale. During her college days in Dallas, she received degrees in English Literature and Communications—and enjoyed the unique experience of being a Dallas Cowboys Cheerleader. Now that she lives under the sunny skies of Arizona, she hasn’t left her glamorous life behind completely. After all, she gets to divide her time between her loving family, her loyal Maltese, and worlds filled with fiery—but not easily attained—love affairs.
Visit her at www.marinamyles.com
Represented by Louise Fury of The Bent Agency
www.facebook.com/marinamylesauthor
www.twitter.com/#!/marinaauthor
www.amazon.com/author/marinamyles

Works published by Kensington:    The Cursed Princes Series
BEAUTY AND THE WOLF
SNOW WHITE AND THE VAMPIRE
A WARLOCK’S DANCE (novella)
SLEEPING BEAUTY AND THE DEMON
CHRISTMAS AT THORNCLIFF TOWERS (novella)
CINDERELLA AND THE GHOST

Posted by Brenda Whiteside at 9:40 AM

Email ThisBlogThis!Share to TwitterShare to FacebookShare to Pinterest
Labels: gothic romance, marina myles, The Cursed Princes, The Roses of Prose

Welcome, Marina. So true. We all want that enviable HEA. Seeking happiness over sorrow. Best of luck with your series and the princes.

Fairy tales are just plain fun! Lots of drama along with the HEA. They're kind of like the original Gothic romance, when you think about it. Best of luck with your series!

Margo and Jannine - Thanks for your comments and well wishes!

Marina - so sorry I'm so late in responding! I love fairy tales (always have) for all the reasons you mention. I just saw Cinderella (the new movie) with my son's girlfriend. We had a blast and didn't care that we had no children with us! Your series sounds terrific!

Brenda, it's an old saw that there's nothing new under the sun, and that everything old is eventually new again.

I grew up in a home with wood floors when we got down on our hands and knees with a can of paste wax and a buffing cloth.

Haven't yearned for them since, but I'm sure there are now better ways to keep that wood shining. You'll probably love your floors.
Raymona Anderson