How The Martini Club 4 Was Born by Alicia Dean

I am posting off topic this month, because absolutely nothing about the theme occured to me that hadn't already been done, and because, I want to share something really fun!

A few years back, my writer friends/critique partners began meeting every Friday at the Boulevard Martini Lounge in Edmond, Oklahoma, for cocktails and de-stressing. We came to call it The Martini Club, and we eventually had the idea to write a series of novellas with a Martini Lounge type establishment as a recurring theme. Our first venture, set in 1924 New York, is in the works. We are having a blast with the project and have held a few weekend getaways to plot and write. (Not only are these sojourns productive, they are FUN! Being good friends certainly helps make the process more enjoyable. However, I do have a confession. Oftentimes, rather than martinis, these weekends involve wine. Lots of wine…) Our final retreat is scheduled in mid-September, and we plan to have the books released this fall. The four stories feature a group of young women who meet on a ship sailing from England to America.


This is us at The Martini Club: Left to right, Krysta Scott, Amanda McCabe, Kathy L. Wheeler, and me (Alicia Dean) 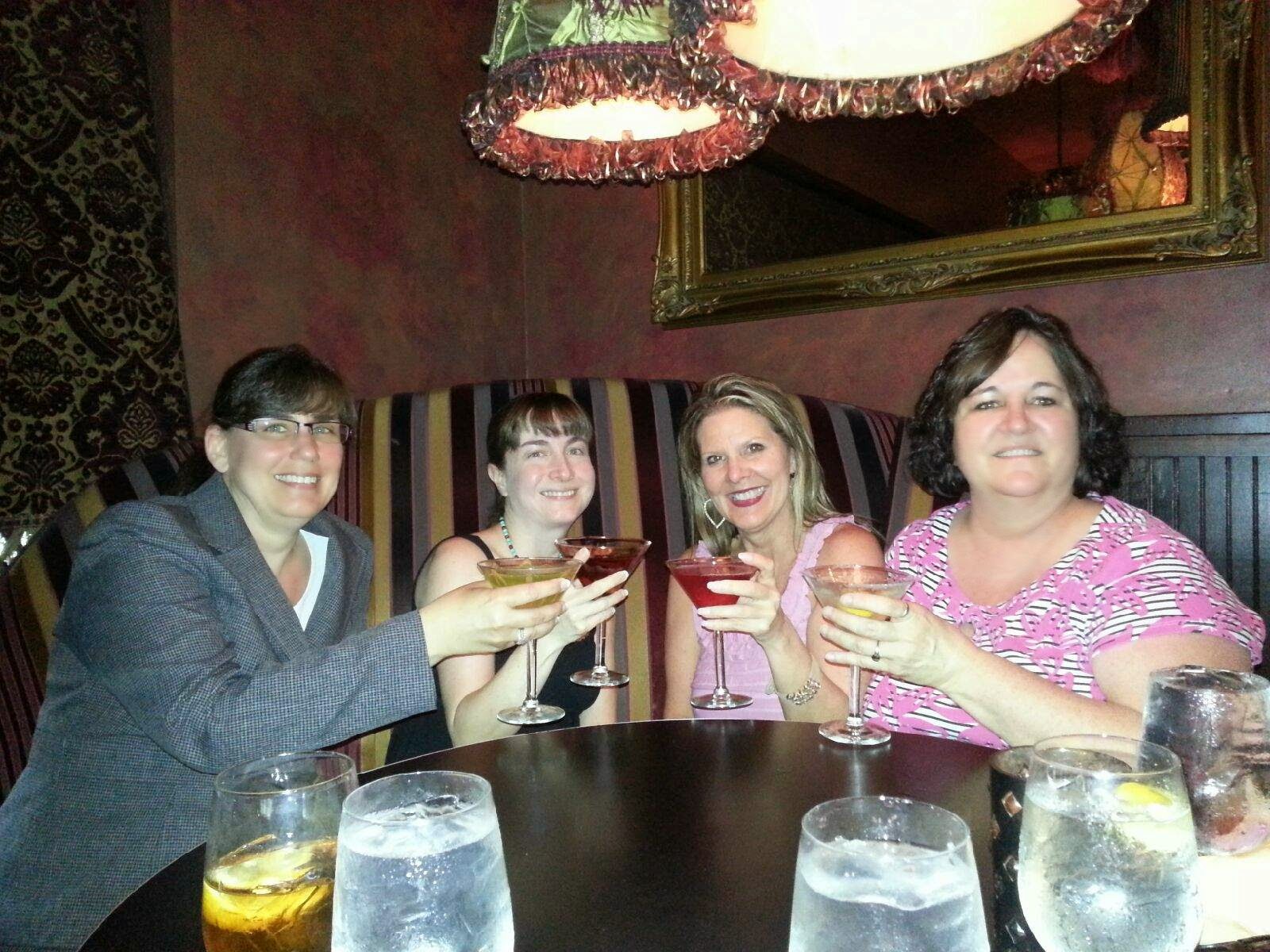 Keep reading to learn more about the Martini Club 4 series… 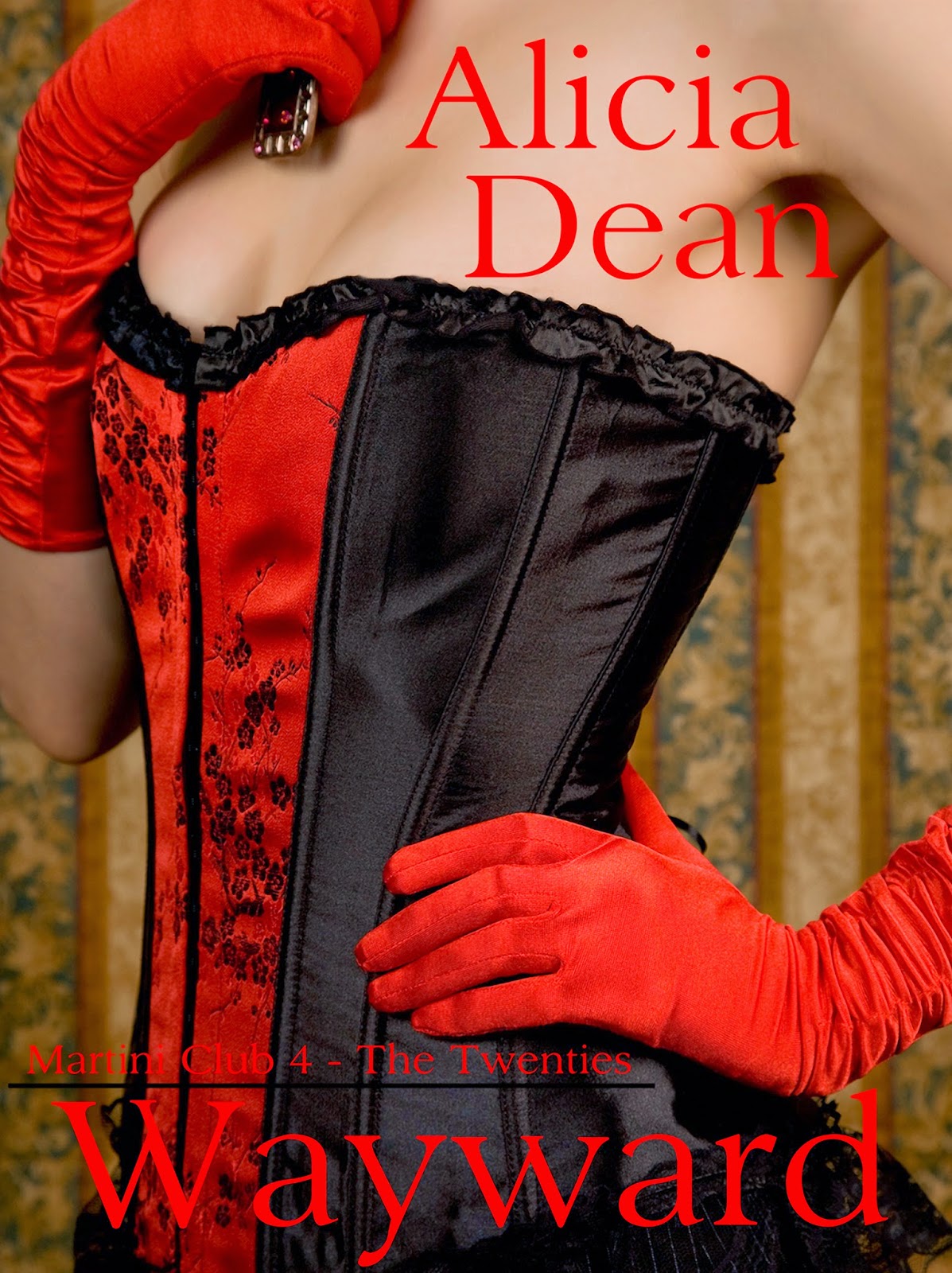 
Eliza Gilbert flees England after her employer attempts to force himself upon her. She vowed to her dying mum she would be no man’s doxy, and she intends to keep that vow. But life in New York isn’t as promising as she’d hoped, and now she finds herself in a situation more dire than the one she fled.


Former boxer Vincent Taggart wants a quiet life where he can settle down with a nice girl and run his boxing gym. But when his childhood sweetheart disappears, he travels to New York in search of her. He meets Eliza, a woman with a less than honorable reputation, and he is drawn to her like no other female he’s ever known. He can’t stay away from her, especially when he learns she may be the key to unlocking the sordid mystery surrounding the missing girl.
****************************************************** 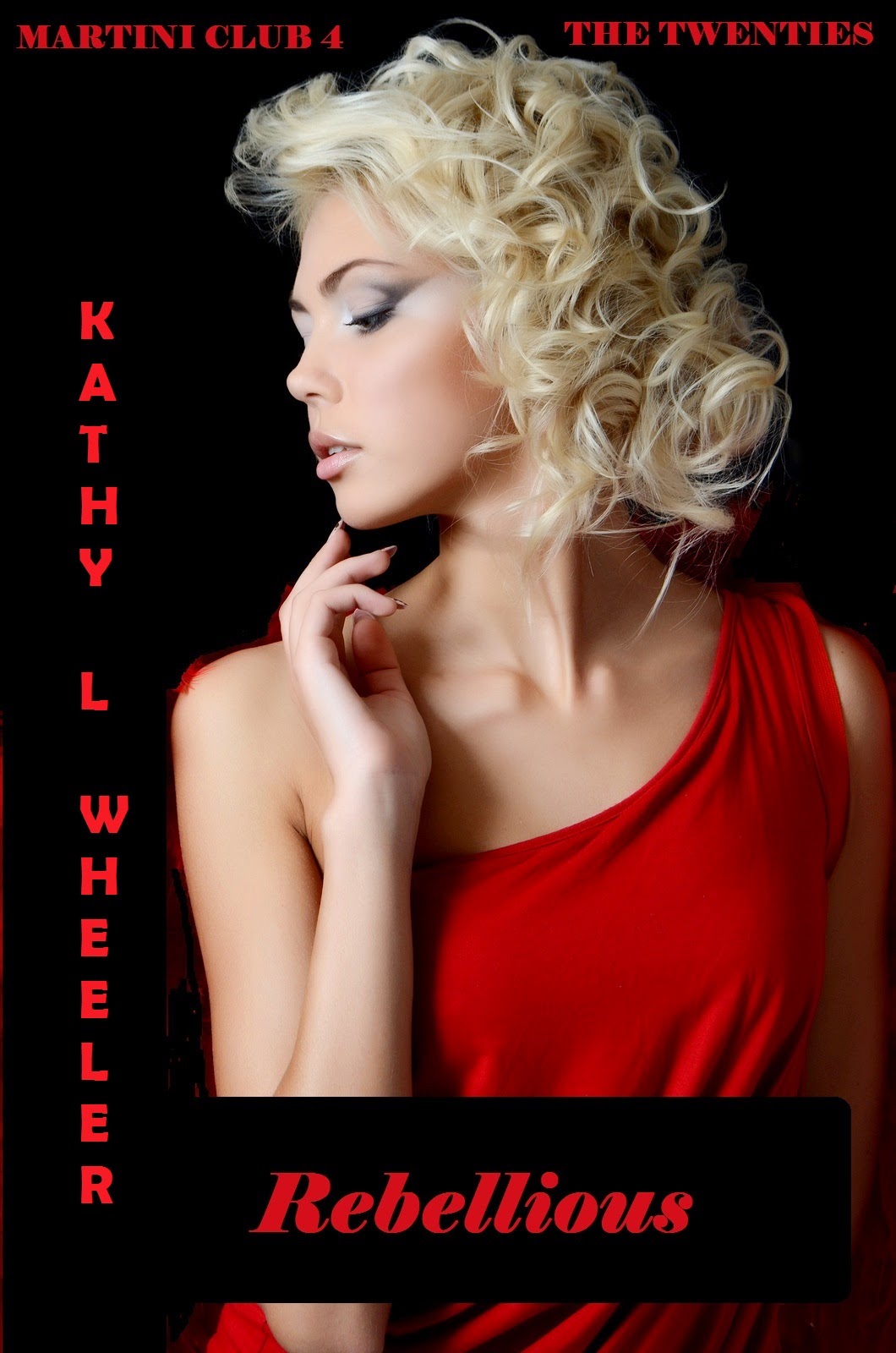 Rebellious: : Martini Club 4 – The Twenties by Kathy L. Wheeler
Lady Margaret Montley, needs money, and lots of it. While her singing career is on the brink of catapulting her into stardom it’s not soon enough. And bootlegging is just the answer. With the aid of a make-up artist friend she dons the persona of a young man and jumps in feet first.
Harry Dempsey, undercover investigator, is out to stop the bastard rumrunners--illegal moonshine has cost him everything he loves. When Lady Margaret shows up on the night of a dangerous sting operation, he not only has to save her from the crime lord that killed his father and brother, but from her own reckless behavior.


Bio:
Kathy L Wheeler (aka Kae Elle Wheeler) writes contemporary and historical romance. She has a BA in Management Information Systems from the University of Central Oklahoma that includes over forty credit hours of vocal music. As a computer programmer the past fifteen years, she utilizes karaoke for her vocal music talents. Other passions include fantasy football, NBA, travel and musical theatre.
She is a member of several RWA Chapters, including DARA, The Beau Monde and OKRWA chapters. Her main sources of inspiration come from mostly an over-active imagination. She currently resides in Edmond, Oklahoma with her musically talented husband, Al, and their bossy cat, Carly. Visit her at http://kathylwheeler.com
******************************************************
Adrift: Martini Club 4 – The Twenties by Krysta Scott


After escaping an arranged marriage, Charli Daniels lands on a new shore. But things go from bad to worse when her fiancé follows her to New York. Now, instead of realizing her dream of opening her own bakery, she finds herself in a fight for her freedom.
Haunted by a string of failures, Detective Felix Noble is determined to solve his latest case. But his effort to find a murderer is jeopardized by a forbidden attraction to his number one suspect.
When a new threat surfaces, Felix wonders if he is once again on the wrong track. Can Charli convince him of her innocence before more than her dreams are destroyed?
Bio:
Krysta Scott is a family law attorney in her false life. After years of writing and winning contests, she is now taking the plunge into publishing. A fan of sci-fi and dark stories about people in crisis, she also enjoys the television shows Vampire Diaries, Breaking Bad, and Sherlock. As a result of much coaxing by her friends, she decided to write a 20’s romantic suspense as her breakout story.
******************************************************

Lady Jessica Hatton fled her high-society London life for one of investigative journalism in New York--only to be relegated to the fashion pages.  Searching for a juicy story leads her to The Bungalow, the city's most glamorous speakeasy--and its handsome, mysterious owner, Frank Markov.  But his past puts their hearts--and their lives--in danger...


Bio:
Amanda McCabe is the RITA-nominated author of almost 100 historical romances.  She's loved the 1920s since learning a version of the Charleston for a 5th grade dance recital, and watching 'Downton Abbey' too many times has only made the addiction worse!  Visit her at http://ammandamccabe.com
Posted by Alicia Dean at 10:37 AM

What fun, Allie! And a great time period to write about. I love joint projects. Lots of ideas flying around along with the support. Best of luck with your project.

What a fantastic idea. I LOVE the sound of these stories, and you must be having so much fun writing them!

What a great idea for a series! I am so envious that you and your friends live close enough to meet once a week. I have to drive almost 2 hours to meet up with my author group. And my cp lives clear across the country. Talking on the phone is not the same as having drinks in person, hence our escapades when we do meet up. ;-) Best of luck to the Martini Club!

What fun! Both the regular meetings & the series.

I love projects like this. When a group of like-minded can finish a project, it's so inspiring. I want to read The Martini Club series. Write on, right now.

Yes, it is so much fun to bounce ideas off one another. Very helpful, too. It's funny, I've only ever written contemporary, but now I find myself with a 50's story releasing in January, and a 20's story releasing soon. It was great writing in those eras. Thanks, Jannine!

Thank you, Liz and Alison. Yes, we are having a great time, and I also love the ideas for the stories. It's been an interesting creative process.

Yes, Donna, we're very blessed. We all met through local writing courses and/or our local RWA chapter, and we've become very close friends. I have long distance writer friends, too, and I hate that I can't get together with them in person. Thank you!

Thanks, Diane and Betsy. I appreciate the extra push, Betsy, we're trying, but we do need to really work hard and get it done. I will let you all know when they're released.

I'm just now finding out the group writing has its moments--mostly fun. Our Lake Writers are putting out a novel written by 12 of us--a chapter for each month. It is intentionally badly written. Other writers may find it amusing. Actual people (you know--non-writers)will probably be baffled. Your Martini group sounds great--wine, lots of wine, might help our Lake Writers project!

We have a great time, and this series, once we get it off the ground will be fabulous. Obviously, we need more MCs...hmm, perhaps we should start a city by city chapter organization? Nah...too much work. The martinis would derail us, besides.

What a delightful post to read. I love this era. While in Paris the last time, I researched and took lots of pictures of buildings for a book set in the Lost Generation, a romance between an American jazz saxophonist and a Parisian female author. I don't know if it'll find a home or if I'll have to kick it out of the next myself, but eventually I need to write it. FOR SURE I need to read this series.

What a terrific idea! Can't wait to read them.

Sigh...I had nice little thoughtful replies typed out to each of you, and I thought they posted, but now I can see they didn't. I don't have the brain energy to compose them again, so I will just say, thanks so much for stopping by!

How great for you all to live so close. I must say I'm jealous. Love the idea of the series. Best of luck!

I almost forgot. We have a niece who lives in Edmond. Does the Club accept guests once in a while?

Oh wow, yes, we most definitely do! Please tell your niece we would love to meet her and she can join us any time. We go each Friday at around 4:30. (Once in a while we skip a Friday, like if all or most of us are out of town). We won't be there this Friday, but will be the following Friday. You can have her email me if she'd like to come, or just show up. They usually reserve the corner table for us, LOL, even though they're really not supposed to.