What the Blog? by Melissa Snark

Please join me readers, in welcoming Melissa Snark to The Roses of Prose. Read on and enter her drawing for something unusual!

Some days I get so frustrated trying to figure out what to blog about.

In April, we adopted a new black kitten named Bolt. Much like Lenny from Of Mice and Men, my four-year-old daughter, Miss Bear, likes to hug him too tightly.

Recently, I rescued the cat from Miss Bear's stranglehold. I was in a hurry to get out the door so I could take my daughter to school. Multi-tasking, I carried Bolt into the backyard, thinking: retrieve the lunchbox drying on the patio, turn off the sprinklers, go inside, pack Miss Bear's lunch, assemble her backpack, put on her shoes, and drive her to preschool. 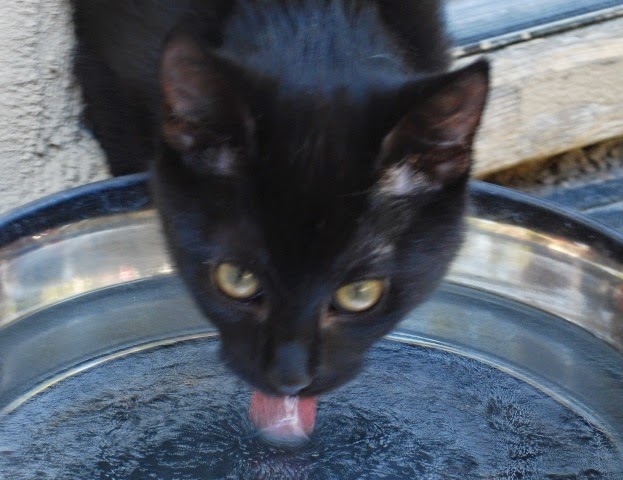 So I snatched up the lunchbox, twirled, and twisted the knob on the hose irrigation system. Only, I grabbed the wrong  valve, and instead turned on the garden hose. Under full pressure, the hose turned into a swaying cobra, hitting me full in the face and soaking the kitten.

Displeased, Bolt transformed into a hissing demon. Yowling, he climbed my arm to my bare shoulders where he crouched with four paws of pointy claws embedded in my skin.

The hose continued to jitterbug about.

Still bent over for fear of dislodging Bolt, I groped for the valve and finally turned it off. As I pried a wet, unhappy kitten from my back, an ecstatic thought danced through my mind:

I have something to blog about!

Cats are such inspirational creatures, don't you think? 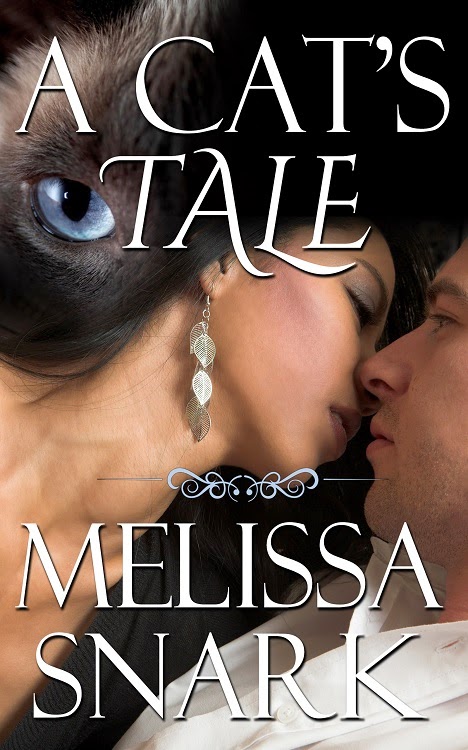 Alpha werewolf, Jared Kohl, wakes up in a vampire’s dungeon, swearing revenge upon the wily Siamese werecat who lured him there with her sultry lips and the sweetest tail. To escape his undead captor, all he has to do is seduce the skittish puss and show her that trust is often a hot and hard lesson to learn.

Enslaved feline shifter, Josephine Young, has learned the hard way not to believe in anything or anyone—not men, not love, and certainly not the blood-sucking mistress who tossed her into the cage with the hungry beast she’d betrayed. But Josephine does what she must to survive, including tempting the dominant werewolf to give her more than promises.

Imprisoned for their blood, Jared and Josephine fight for survival and discover a passion that neither can walk away from. Can these two predators survive long enough to prove that cats and dogs can be more than enemies?

Purchase at Amazon or B&N or ARe 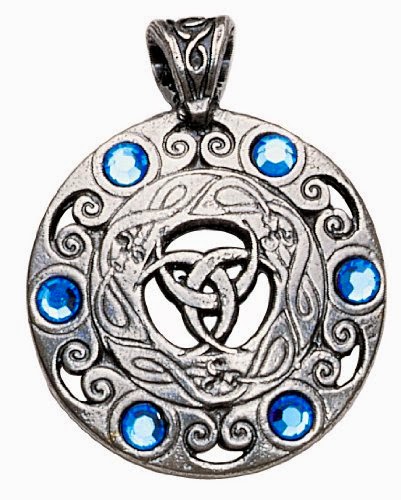 
a Rafflecopter giveaway
Shipping restricted to the continental United States.

Wow, what an unusual premise. And, a unique gift. Thank you for the interesting post and best of luck with your new release! The cover is fabulous, by the way.

Bolt is adorable. Love cats and loved the tale of the kitty with the claws! Best of luck with your book!

Alicia,
Thank you for having me. I hope the story isn't too much of a departure from the more traditional blog entries you receive. I appreciate the opportunity to be here today. :)

Hi, Melissa! I love your Bolt story. My first "grown-up" pet was a black kitten who was a maniac. He once jumped four feet into the air and landed in a pile of grated cream cheese. I wasn't too pleased, but he was thrilled!

I love your story, too, Melissa! I grew up with cats, including one who was all black except for four white feet (we called her Bootsie...so original). I don't have any pets now, but I miss having a kitten!

Best of luck with the new book!

The reason I love shifter romance is simple. I enjoy reading about alphas and the author can go much further than would probably be accepted if the lead male was human.

Alison,
I've owned a couple black cats through the years. Both were real characters and had wonderful personalities. Thanks for dropping by. :)

Leah,
I had a half-feral Calico but unfortunately, my parents are dog people. I've owned cats since college. Love 'em. :)

Sandy,
Do you mean the hero can be uber-macho and get away with it?