The Good, the Bad and the Ugly of Goal Setting

We're a family of setting goals and we know that our goals often change for a variety of reasons. My eldest son, who's taught eighth grade Language Arts for sixteen years, has decided his mountain of paperwork every night--correcting homework, reading and grading papers, recording the grades, filling our government forms--has taken the joy out of teaching. He's earned a second Masters, this one in school administration. His goals have changed, and he'll be an assistant principal next year. 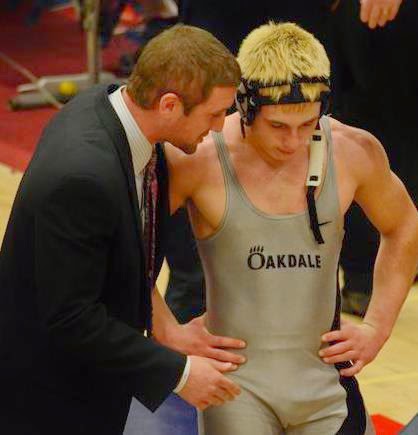 I have a grandson who, on his own, sets goals every year before school starts. He had four this year: to earn all A's, to get college credit for his advanced calculus class, to get into a STEM camp this summer and to qualify for States in wrestling. So far, Ryan's on track for all four. In fact, he's a shade ahead. STEM is an acronym for Science, Technology, Engineering and Math. He's been accepted at the two-week camps at both the Naval Academy and the University of Maryland. Here he is at States, an accomplishment for a sophomore, getting some tips from his coach. As a show of solidarity, all the guys who qualified for States, from his school. dyed their hair blond. Hey, they're teenagers...go figure.

Sometimes our goals as writers change, too. Like my goals for my writing career. I wanted to write a book and, after completing that task, I wanted to see it published. Like most writers, my first one was terrible and my second, while an improvement, still stunk to high heaven. My third completed manuscript was the charm, making it through the publication process. Signing that first contract was a good moment. Then after several books and novellas published with the same small publisher, my goals changed again.

I wanted to aim for a larger publisher.

Setting a goal means working hard to achieve it. Ryan doesn't earn all A's by playing video games all evening; he has to study hard. Looked as if Grandma had to work hard too. For I had a lot of improvements to make--like strengthening my voice and overcoming some amateurish habits. I read books on the craft of writing and took online classes. The bad part of my goal meant I was spending a lot of time away from living life so I could learn to write stronger. Believe me, I often asked if the sacrifice was going to be worth it in the end.

Last year I signed contracts with two Big Five publishers, each for one book. This year I was offered two more.contracts with these same publishers, who I shall call Pub A and Pub B for this discussion. These contracts were both for a series of three books, not yet written. They'd been accepted on a blurb type proposal for each book. Folks, I was thrilled. Then the ugly slipped in.

Both contracts contained "non-competitive" clauses, which meant I could not publish with anyone else while I had a book releasing with them. But...but I had two contract offers. How could I only publish with one?

My agent spoke to the contract department of Pub A. Since my series with them was for a contemporary romantic series, set in Florida, revolving around a fire and marine rescue station, and the series with Pub B was a paranormal romantic series set in Scotland, they saw no potential competition between the series. Pub A simply inserted the phrase "except for the contracted paranormal series set in Scotland." With Pub A, I was home free. 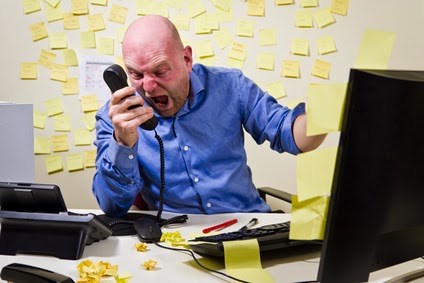 The contract department of Pub B was of a different mindset.

Their contract stated I could not publish or self-publish for six months prior to six months after a book released with them. Since there were three books, they would own me exclusively for three years.

I am a full-time writer. I typically write three or more books a year. So, what was I to do with my time while I waited for this one book to release? And what of my contract with Pub A?

To say I cried over the disappointment of it all would be an understatement. I finally told my agent to refuse the contract offer with Pub B, even though their royalty rates were higher. I'll be 66 this month, people, I'm too old to be ordered about. Then the contract department decided to change the six-months prior and after to two-months before and after, but they wanted the books closer together, with a designated word count and a one-month window for Pub A to release their book between each of Pub B's "black-out periods."

So agent lady had to go back to Pub A to ask if they'd be agreeable with this rigid scheduling process and would they put it in writing. Because if Pub A released my book a day or two before or after that window of opportunity, then I could be in breach of contract, Well, if that's not an ugly side of publishing for an author, I don't know what is!

Had I, perhaps, set the wrong goal?

Contract departments aside, my editors at both houses have treated me very well. They tweet and post on facebook about me. They've set-up blog tours and reviewers. They're all about pushing my career, knowing full well I am also with the competition. My agent called me over a month ago. An editor at another one of the other Big Five wanted to see some of my work. Did I have anything I was working on that wasn't already contracted? We both laughed. We'd had enough ugly for a while.

Vonnie. Love your line, too old to be ordered about. Soooo glad everything worked out. Best of luck with all of it, because where there's a will, there's a way. Kudos too to Ryan. You must be so proud. Nice job.

Wow...your family is all about setting lofty goals, and reaching them. How awesome! What a mess on those two publishers, but I'm glad it all worked out. What a high you must be on...even with all the ugly. :)

Glad Dawn worked out a compromise with the pubs. Total nightmare!

Oh, Vonnie, you make me feel like such a slacker! But seriously, this was a fascinating post. I'd never considered the potential pitfalls of multiple contracts. What a balancing act!

I'm glad things worked out for you, Vonnie. What a nightmare.

You've come a long way, baby. :-) So glad you're seeing such wonderful success!