My husband and I are getting ready to celebrate a milestone anniversary – one that makes me feel really old if I think of the number – 35 years. (I was a baby when we married. It was one of those arranged things between families. We were betrothed at birth, wed via proxy, didn’t meet until years later after we’d reached the age of consent…) In truth, we were young, but we were legal by a couple years.

Over these many blessed years, there has been only one thing about him that I truly wished I could change: his temper. It’s HOT. But not a steady burn, more like a leap of flame that’s quickly extinguished. He calls it an “Irish” temper. I call it a pain in my you-know-what because I don’t understand how he can get angry over stupid little things—like getting stopped at a red light.

Life happens. Get over it. Am I right?

My temper, in contrast, is more of a slow boil. It simmers and simmers and simmers …then blows.  So after
he’s blown (his lid, his cool, whatever), it's as if nothing has happened. But I’m left with this simmering I-want-to-strangle-him-but-know-I-can’t-because-he’s-the-father-of-my-children-and-my-husband-of-35-years feeling.

So I was thinking about this big milestone anniversary coming up and how, after 35 years, if that’s my biggest complaint, I’ve been pretty lucky.

Then I started analyzing his temper, and I realized that his anger is balanced by the other side of his emotion—his romantic, loving side.

He loves to cuddle. He tells me I’m beautiful. We tell each other “I love you” before we go to sleep every night, even if we’re PO’d at each other. 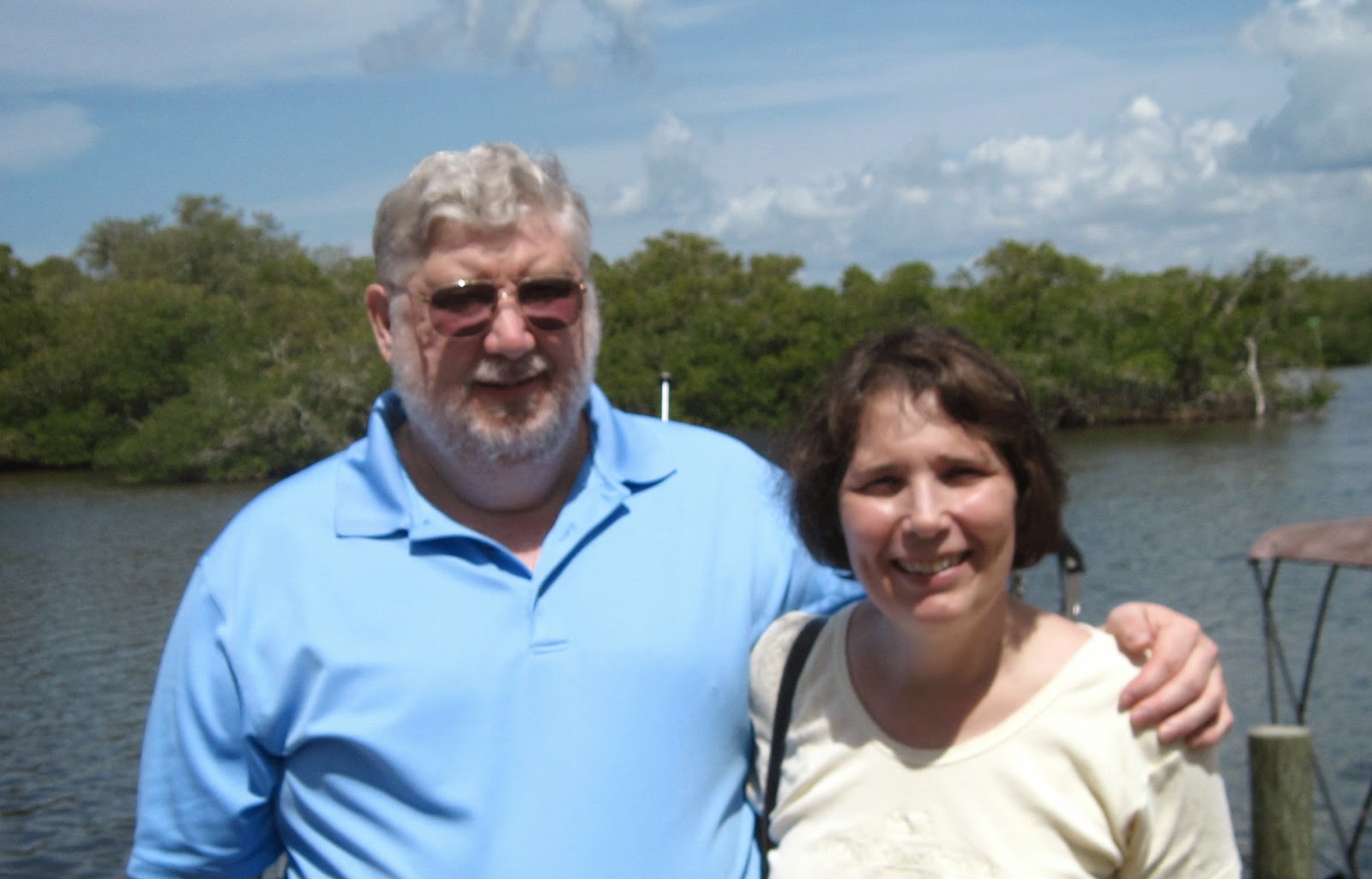 He’s fiercely protective of me, too, to the point where it’s sometimes annoying (like I lose track of time shopping and he’s all worried).  But if I’m honest with myself, I like knowing that someone cares that much. And if he gets cranky over little stuff, he’s a rock when it comes to the big stuff—like driving me with my cat (who has a broken tail) to the vet in the middle of a snow storm. He’s there for me every time. Or standing nose-to-nose with our teenaged son (who had just called me a nasty name, as teenagers will) and telling him to NEVER speak to his mother like that again.

Still, he’s a big marshmallow when it comes to family. He cried when both our sons were born.  With our younger son, he was so enamored, he walked right out of the delivery room holding him, not noticing where he was going, and had a whole bunch of nurses give chase. He cried at their graduations and other proud moments in their lives, and I know he’ll cry if we ever get them married off. Grandchildren? He’ll be a fountain.

I know friends whose husbands are “cool-tempered,” men they can barely wring a word out of, much less a nightly “I love you.”

So after thinking about it, I’ve decided if I had it to do over again, knowing what I do now, I’d go for the hot-headed emotional cuddler every time.

---------
Hello, all -- I'm at the Festival of the Book in Charlottesville, Virginia, all day Saturday, getting my fill of romance in a day of romance panels affectionately termed "Love Fest." I apologize for my absence, but I'll try to respond when I'm home Saturday evening...you know, back with my hubby who will be worrying about me driving across the state of Virginia by myself. :-)

Leah writes stories of mystery and romance, good and evil and the redeeming power of love. Visit her at LeahStJames.com, or on Facebook or Pinterest.

Well what do you know. I have one exactly the same. We just hit 46 years. I was 'betrothed' as an infant too. Have fun at the Fest.

haha, you ladies and your 'arranged marriages from the cradle' - Much better than saying we're getting 'mature', right? I'm afraid I only hung in with my husband for 12 1/2 years, but that was PLENTY! I like the guy, we're still friendly, and we had three amazing children, but I didn't get the good stuff from him like you do with your guy, Leah. I did get the hot temper, though, LOL. (He was never abusive, just quick to anger). I got all misty reading your blog. What a special man, and a special life you've had together. You deserve it, my friend.

By the way, just this morning I read and responded to your 'David Owens' comment on my blog post, in case you want to check it out. :)

It's an epidemic! My husband too. He flies off the handle over stupid little things but gets over it equally as fast. If I'm still holding a grudge in the evening, he looks at me like I've lost my mind because he can't even remember what the argument was about! Maybe it's the temperament of a writer to be attracted to this type of man. LOL

Such a nice post. Mine (43 years)doesn't blow up quickly, but it's always over something I consider inconsequential. The nice thing is that the older we get, the less time either of us spends with anger.

Hi, Margo. Congrats on your 46 years!

Hey, Alicia, I'm glad you're at least friendly with your ex. That's something not everyone can say. :-) Have to hop over to your post to see what you had to say about my David Owens epiphany! :-)

You might have something there, Jannine. I get the exact same reaction. And THEN he pours oil on the fire by saying something stupid like, "Just calm down, would you?" ME calm down?! Argh. I get aggravated just thinking about it. I'm glad I'm not alone!

You're right, Liz, the older we get, the fewer the episodes. That's a relief. :-)

Hi, Leah! Congrats on 35 years. I'm on my third and FINAL husband and can say I've run the gauntlet. My DH has a temper, but you seldom see it. He's pretty even-keeled, but when it tips, it's usually an explosive verbal barrage. I've learned to just shelter in place and wait for the blue cloud to dissipate before I venture into the vicinity. We also make sure to cuddle at night, after spending most of the first ten years of our marriage in separate cities. Again, Happy Anniversary, to you both!

Thanks for stopping by, Denise, and for your good wishes. I know you've got yourself a pretty special guy, too. I like your method of dealing with the explosion!

Boy, oh boy, am I ever late with this comment. Congrats on 35 yrs, Leah. My hubs and I are just the opposite. I had the flash temper and he would do the slow boil. In fact, getting him to tell me he was upset with me was an accomplishment. Over 42 yrs, I've gotten my temper under control and he opens up more. He's a keeper, too