Is Your History Up To Snuff by Vijaya Schartz


Please welcome Vijaya Schartz to The Roses of Prose today! 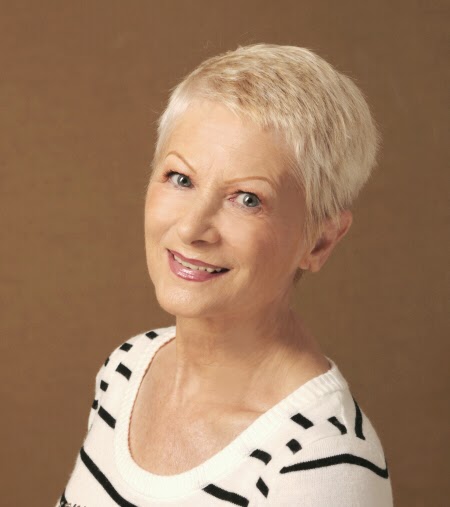 HISTORICAL FICTION is a well defined genre. The stories often involve fictitious characters, living in a specific historical time, in a specific place, where specific things happened. The history of the place and time serves as a frame or backdrop for the drama, the romance, the adventure, defining the fate of these fictional characters. That is the covenant of writing historical fiction.

It came to my attention recently that some historical authors think it’s all right to take liberties with history, saying writers should have artistic license. While I do agree with artistic license, it makes me cringe to think that authors would falsify well known historical facts to fit their fictional story. I say, if your novel is not historically accurate, it’s okay, but don’t call it historical fiction, call it fantasy, alternative history, Steampunk, or speculative fiction.

My medieval series is based on authentic legends. Like King Arthur’s stories, these novels involve ancient rulers and nobles throughout the middle ages. But their true story is a handful of recorded deeds, and they are better known through the legends than from historical records. I also call my Curse of the Lost Isle series MEDIEVAL FANTASY ROMANCE, not historical fiction, although I did intensive historical research.

The latest Steampunk version of Alexandre Dumas’s Three Musketeers shocked me at first. Not only they take liberties with the original work, but the battles portrayed include flying ships made of wood looking like galleons with large sails. Louis XIII is portrayed as a popinjay, and they did strange things with the cardinal and the queen... But at least, they didn’t call it historical fiction, just pure entertainment. I call it STEAMPUNK or HISTORICAL FANTASY.

ALTERNATIVE HISTORY is another genre that was popular a few decades ago, featuring alternate universes where, for instance, the South won the Civil War, the Nazis won WWII, or Napoleon defeated the English and conquered the British Empire. This also comes under SPECULATIVE FICTION, or ALTERNATIVE HISTORY, and is not considered historical.

I can have fun with pure fantasy stories portraying Lincoln as a vampire, or Game of Thrones, but that is in no way historical fiction.

When I watch THE TUDORS, or THE BORGIAS or REIGN, however, or when I read a book involving famous historical characters, whether true history or historical fiction, I expect the authors to do their research and feed me accurate dates, information, and historical facts.

Sometimes, during research, you may stumble upon a little know fact, or a small slice of forgotten history that was suppressed by the victors of the time, or an aspect of some historical feat too long ignored. The purely academic historians may not agree, but if you have the research to back up your claim, I’d say more power to you. Bringing this obscure part of history to light in a historical fiction novel is a great way to have it more easily accepted by the public at large.

Best examples of HISTORICAL FICTION are the works of British author Bernard Cornwell, whose historical research is intensive... as it should be. Other famous examples: LES MISERABLES by Victor Hugo.

Before starting to write the CURSE OF THE LOST ISLE series, I spent a decade researching the history, the legends, the local records throughout Europe, and it feels wonderful when readers and reviewers make comments about how accurately I portray the life of each particular time and place in my novels. I take pride in my intensive historical research, and I believe all true historical authors do.

So, please, when writing historical fiction, make sure your research is accurate and you have your facts right. More readers than you think are educated, especially in this genre, and you might lose your credibility as an author if you take liberties with historical facts... even when you are writing fiction. 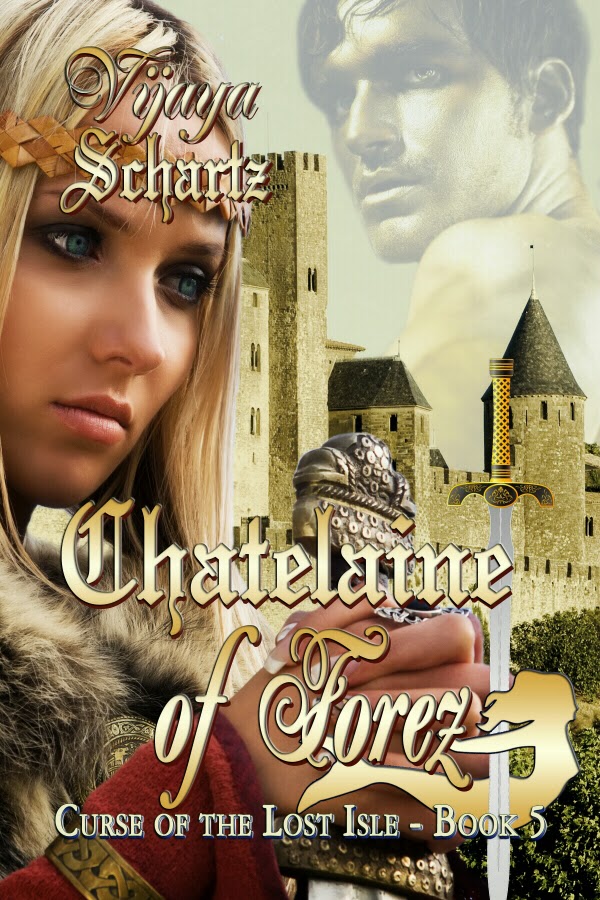 1028 AD - Afflicted by the ondine curse, Melusine seeks the soul of her lost beloved in the young Artaud of Forez, who reigns over the verdant hills south of Burgundy, on the road of pilgrims, troubadours and merchants. But this dark and brooding Pagan lord is not at all what she expected or even hoped. He knows nothing of their past love, her Fae nature, or her secret curse. Must Melusine seduce and betroth this cold stranger to satisfy the Goddess and redeem her curse?

The gold in the rivers instills greed in the powerful, and many envy the rich Lord of Forez, including his most trusted vassals... even the Bishop of Lyon. When Artaud’s attraction to Melusine makes them the target of a holy hunt, will she find redemption from the curse, or will they burn at the stake?

Each book in the series can be read individually, but if you are like me, you'll want to read them in the right order. Here it is:

"Well written and factual, the book weaves history with fantasy and magic into a story that I could not put down." 5-stars on Amazon

ABOUT THE AUTHOR:
Born in France, award-winning author Vijaya Schartz never conformed to anything and could never refuse a challenge. She likes action and exotic settings, in life and on the page. She traveled the world and claims to also travel through time, as she writes without boundaries about the future and the far away past. Her love of cats transpires in most of her books. Her stories collected many five star reviews and literary awards. She makes you believe you actually lived these extraordinary adventures among her characters. Reviewers compared her fast-paced, action-packed stories to Indiana Jones with sizzling romance, and she takes that as a compliment anytime.

Email ThisBlogThis!Share to TwitterShare to FacebookShare to Pinterest
Labels: Chatelaine of Forez, Curse of the Lost Isle, historical fiction, The Roses of Prose, Vijaya Schartz

Welcome, Vijaya. Your stories sound fascinating. I agree, accuracy in historical fiction is essential for an author's integrity. Best of luck.

Your book sounds great! Fascinating topic. As a history major, I expect accuracy in historical books. As an author, I often wonder where to draw the line, especially when including real people in a book. A book I wrote years ago, never published, and have been thinking about revising opens with my heroine's mother and George Washington. It is implied but not stated that she is his mistress. Is it okay to impugn our founding father's morals (even though he probably did step out on Martha)? How do you feel about the topic, Vijaya?

Thanks, Margo, for having me here today.
Jannine, giving George Washington a mistress would not be such a stretch, if it reflects the common attitude of the time. The morals of human institutions have gone through so many changes. In the 1800s in Paris, an honest woman had one husband and only three lovers. That was considered admirable.
Of course, if you could document the fact it would be better. But if you only allude to it and never make it clear, the reader can make up his/her mind about the truth of the matter.

I agree that when writing historical fiction you have to get the facts right. Same thing for general fiction. If you have someone reading an e-book in 1999, it ain't gonna fly. Someone will find the mistake. That person will either comment about it or never read another word you write. Great post, Vijaya. Thanks for the reinforcement. May be pedantic, but I'd rather be right.

I respectfully disagree. If you want to read history, don't read fiction.

I'm currently writing a medieval set in Viking Scotland. As you can imagine, there's a dearth of information about that time and place, considering that most people were illiterate.

Do I research the heck out of my books? You bet I do, but when the information doesn't exist or is in conflict, I make it up. And I always put a disclaimer in each of my historical romances to note that I've taken liberties with history.

As I like to say: I am a fiction writer. Making stuff up is my superpower.

Thanks for the support, Betty.

Suz, I know how scarce records are on that period, as one of my novels is set in Viking Scotland (806 AD). As long as you do your research and the story fits with the times, more power to you.

King Arthur may or may not have existed, or existed in a different area, or is the blend of several early rulers. That's when folklore and legends are handy, because they fill the gaps of history.

Still, I call my novels Historical Fantasy. I do not pretend that immortal ladies actually existed at the time. Although, sometimes, reality is weirder than fiction...

My books are labeled at historical fantasy for the reasons you stated--my stories are based more on myth than real history. But that doesn't mean I don't do tons of research. One problem I have with "true history" is that most of what is written is biased, especially the Roman writings about the Celts. Plus, take any recent event witnessed by a group of people and you will have numerous versions of what happened. History is subjective.
Great post!

I've been pinged for Historical inaccuracies in my writing, but I write Time-travel romance set in Scotland. I keep things like rulers and culture accurate, but I take liberties with dialect and language spoken. I figure an author writing about people who didn't speak English should serve as a translator for their readers.

I like Diana Gabaldon for historical fiction, but it gets a little heavy for me. But if I read something that is obviously fudging history, I don't like that either. I guess I like a little accuracy and a little creative license in a believable mix.

In any story, I appreciate details. I think they are an essential part of crafting a good setting and giving the tale a unique flavor. Imagination, of course, is a powerful thing. But doing one's homework allows a storyteller even greater options for weaving an amazing tale. Not only does it help with setting, but now and then you discover truly fascinating facts which can help drive a plot forward. Plus, research can be fun! Traveling to new places, digging through old records and artifacts, and meeting passionate, knowledgeable people are rewards in and of themselves. :)

Interesting topic, Vijaya. I recently heard Sharyn McCrumb speak about this. I think it must be hardest when you're writing a fictional story around real people because (to me) the writer has even more of an obligation to get facts right.

I'm so sorry to be late. Fascinating post, and I agree. It probably is fun to write a new take on a historical event, but you would for sure want to define the genre. I am in awe of your dedication to research. Sheesh! I would not have the patience. I normally only write contemporary, but I recently wrote a short story set in the 50's (not exactly ancient history, LOL), and I am also writing a short story set in the 20's. It's funny how you have to stop and think whether or not an item or phrase was invented in that time period. Thank you for guesting on the Roses blog, I really enjoyed it!

(I'm even later, Alicia.) Good post, Vijaya. As writers, we must do our research--no matter what genre.

I think the historical facts should be accurate, but if they are tweaked to suit the story then the author could say so at the back of the book, like Bernard Cornwall does, separate fact from fiction. (That's what I have done in my fantasy novel which has many historical facts.)
I love your book covers, they're beautiful, and they sound interesting. Will hop over to Amazon and buy one.