CALL ME 'UNSEASONED'-TEMPERATE WEATHER IS THE BEST! By Rolynn Anderson

This month’s Roses of Prose theme is “Hot and Cold.” My suspicion is, after such a difficult winter, many people are yearning for a break from the cold.  A trip to Hawaii is sounding mighty fine right now to folks all over the country.  For me, the answer to the weather question is: temperate.  Give me a climate with lots of sun and little variation of temperature (say temps from 60 to 70 degrees) and I’m happy.  Here in Arroyo Grande, California, snugged up against the Pacific Ocean, I live unseasonably happy.  I’ve done my stint in Minne-snow-ta (8 years); rain was my constant companion in Seattle (30 years); my 13 years here in California have been the best ever!  Ocean-cleaned air, sun almost every day, cool enough to sleep with a comforter at night and enough rain to keep things green all year. Sidenote: this year’s drought in parts of the state was serious; recent rains are a blessing to farmers.
Give me one season and I’m happy.  What about you?
Speaking of seasons, climate is a character in my latest novel, LIE CATCHERS, set in Petersburg, Alaska. It's out in Kindle ($2.99) and print right now! http://amzn.com/B00HJDS1LG 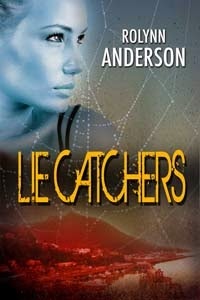 Two unsolved murders will tear apart an Alaska fishing town unless a writer and a government agent reveal their secret obsessions.

Treasury agent Parker Browne is working undercover in Petersburg, Alaska to investigate a money scam and a murder. His prime suspect, Liv Hanson, is a freelance writer struggling to save her family’s business. Free spirited, full of life, and with a talent for catching liars, she fascinates Parker.

Trying to prove she’s a legitimate writer who cares about Petersburg’s issues, Liv pens a series of newspaper articles about an old, unsolved murder. When her cold case ties in with Parker’s investigation, bullets start to fly.

Parker understands money trails, and Liv knows the town residents. But he gave up on love two years ago, and she trusts no one, especially with her carefully guarded secret. If they mesh their skills to find the killers, will they survive the fallout?

Amen! I lived in Virginia the first 10 years of my life and with the exception of an additional two years in southern Virginia the first two years I was married, I've lived in North Central North Carolina the rest of my 53 years. I love the spring--save for the allergies--and I'm perfectly happy if temps rise to 88 degrees because the water stays warm all day and night. Fall is ok, but winter is not my friend. One snow a year is all I ever want to see and then I'm ready for 60-80 degrees again. It's snowed a lot this winter. Not deep, but too dang much and we've had way to many days in the 20's. I'm done! lol!

Really enjoyed this book, Rolynn. I'm also a California girl, but I'm up in the mountains. My family skis--so this winter has been a disappointment both from a water and a recreational stand point. Thank heavens for this storm!

I am so ready for spring!

I enjoy the seasonal changes, so the mountains of Western NC are perfect! After living Wisconsin, Florida and Georgia, I believe I've found "home." Although, a near constant seventy degrees is mighty tempting!

See what a mix of preferences we have? Several of you have sampled different climates and made a 'final' choice. But, like all of you, I like to be able to see snow or experience the hot desert...as long as I don't have to stay in those places!

I'm in the Midwest and the thing is, we seem to be losing our four seasons. Now it goes straight from summer to winter and back. if we could have spring and fall back I would be happy as a clam! :-)

I hail from the snow bound tundra, this year at least, of Michigan. Though I sampled Texas and Arizona long ago as an Army wife. Liked the warmer temperatures, couldn't handle the constantly beige landscape. Sounds like a keeper of a book Rolynn.

I've lived in the Midwest all my life. Four seasons. Yes! Even though we've had the winter of all winters, I love all the seasons.

Alas, it appears that we rarely appreciate where we are until we've sampled the opposite. Thanks for the insight, friends! Variety is the spice, eh? Rolynn

I'm a four-seasons girl. We've wintered in Florida the last couple of years and it's nice (especially this year, when Indiana's been under nearly constant snow), but I prefer the Midwest. I think with me it's because it's the only place I've ever lived, so it's home.

I'm a four-seasons girl as well (from the Central Jersey Shore...where we go "to the beach," by the way, not "down the shore,"), but like you, Rolynn, temperate is my preference. I live in southeastern Virginia now. We moved here purposely for the change of seasons and moderate winters. Jersey is just as hot and muggy as Virginia, so I'm used to the summertime weather, and I love living right by the Chesapeake Bay.

My favorite seasons are winter and fall, by far. I feel like I could do without spring and summer, other than the fact that there would be no baseball season. So...I guess I will say I can just completley do without summer. I live in Oklahoma, where we truly get all four seasons. I am not looking forward to the 100 degree plus temps!

Lie Catchers sounds great. I own it and I actually started it. Even though I was captivated, I had to put it aside for some other things, but I hope to get back to it soon.