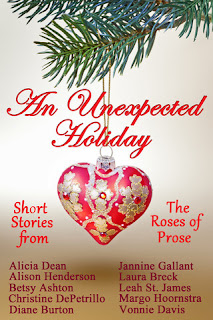 Part Three
He lowered his head on a sigh. Because everything they shared felt so right from day one, he’d committed to her body, mind and soul. Until she’d decided she didn’t want him any longer. For financial reasons, he stayed in the apartment. She moved in with one of her sisters. Her true feelings were never clearer than at their little yours or mine sort-out session. Part of the divorce process, dividing up any and all joint possessions.
That she was okay with giving away their mutual Christmas ornament, the guitar playing mouse, sealed it for him. The fact their first purchase as a couple held no emotional value for her said a lot. He’d always been a closet sentimentalist. No way would he ever admit to it, but when she was distracted with something else, he’d slipped the tree decoration inside one of his old hiking boots. What could he say? The silly figurine still held a special place for him. On the dresser in his bedroom—their old bedroom. Not that there was a chance she’d even think of setting foot in any bedroom he inhabited ever again.

Another tortured sigh would attract the bored teenager’s attention as he scrubbed counters and put away dishes. Shifting in his chair, Tony shut his eyes and allowed an internal shudder to suffice. Being without Holly, the raw reality of his loss, froze the blood in his veins. A small glacier may as well have replaced his heart. At this rate, walking back out into the below freezing temperature would seem like a warm-up.

Picking up one of the cups, he raised it to his lips as he glanced outside. Funny. From here, he had a better view of the tree they’d been assigned to watch than from the squad car. Probably because he didn’t have the distraction of Holly sitting beside him.

As more memories tried to fight their way into his mind, he brought his attention back to the tree. Glittering lights reflected off glimmering ornaments. He had to admit the entire effect was pretty remarkable. No wonder the Community Beautification Committee members were angry. Green, blue, red, yellow, and white sparkles shimmied up, down and around its branches. Most of which remained intact.

The last time he’d seen their tree, his and Holly’s, it wasn’t nearly as spectacular. Leaning in the corner of their apartment—its many internal lights dark, the box of decorations tucked underneath it. Certainly no brightly wrapped presents. Drab and alone.

She hadn’t wanted the tree either. He did recall his bullshit explanation for keeping it. “Save me the trouble of buying one every year.”

The tree was an artificial behemoth they’d gotten on a whim when they went to the store for groceries. The floor model. For some reason, tying it to the roof of his car had been a snap. As was unloading the eight foot tall mass of plush, artificial needles pre-strung with lights.

Getting the thing into the stairwell and up three flights was another story. Given the fun they’d had, he wouldn’t have traded one second of the clumsy effort. The elevator had been out of order, as usual.

He was at the bottom pushing, while she was at the top pulling. Twice, as they wrestled the monstrosity up the stairs, either she yanked so hard or he pushed the same way and momentum landed her flat on her back.

A smile tilted his lips at the memory.

By the time they reached the door to their apartment, they were both laughing so hard they could barely stand up. When she leaned into him for support, his arms came around her waist, and she’d lifted her face to his.

He’d kissed the tip of her nose, then one cheek and the other. By the time he got around to kissing her mouth, their laughter was a thing of the past.

Then all he could think about was getting her inside. Not until the next morning did they realize they’d left the tree out in the hall all night.

“Excuse me, sir.” The young clerk’s tentative voice broke into his thoughts. “Here’re your muffins.”

He pushed through the door and into the alley, taking the coffee she hadn’t ordered and the muffins she probably didn’t want with him.

Fat flakes of snow landed on him and the ground with a distinct plop plop plop. Keeping time with his plodding footsteps.

When they first got married, he assumed children would quickly follow. Procreation was the way of the world for a guy with five brothers, two sisters and scores of aunts, uncles and cousins. More recently, nieces and nephews. As far as he was concerned, kids were a no brainer.

Holly didn’t automatically agree. Which made no sense. She’d be a fantastic mother. He knew for a fact she was a fantastic wife.

He stopped short as he neared the partially hidden squad car. No brainer, hell. More like him being brainless. Too stupid to give her side, the views she tried to explain, more consideration.

She didn’t even look up as he climbed behind the wheel. His breath was coming in short, sudden bursts. Exertion from his walk. Yeah right.

“I bought cranberry muffins.” He held up the bag when she finally turned toward him. “Maybe you’ll want some later.”

Still, she didn’t really look at him. “That was nice. Thank you.”

“Coffee too.” He set the cardboard carrier with the two Styrofoam cups on the console between the seats.

“I turned the wipers on so I could see out the windshield.”

Their back and forth motion was a constant flap, flap, flap. The snow falling on the roof, a continual plop, plop, plop. Rising above it all, the labored thud, thud, thud of a newly wakened heart.

“What did I miss?” Other than your beautiful face? Your presence beside me? The body I so long to make love to.

“What?” She glanced his way and the lack of emotion on her face tore at his heart. “Not much. Dispatch called another unit to yet another domestic.” She rested her head against the seat back. “What is it with people tonight? Don’t they know we’re all supposed to make an effort to get along together on Christmas Eve?”

It was now or never if he stood any chance of getting back the love of his life.

“Maybe it’s more difficult for people to get along during the holidays. Heightened expectations and all that.”

Keeping his hands to himself was darned near more of a challenge than he was up to right now. “Holly, I—”

He wasn’t sure she’d heard him as she turned to stare out the side window.

Careful to not tip over the hot coffees, he leaned in slow. The subtle scent of the perfume she always wore drifted over him. He couldn’t ignore the sweet invitation to move a little closer. The curve of her uniform clad shoulder gave way to the skin exposed at the side of her neck, just below her earlobe. A place he used to love to explore with his lips. A tiny pulse flickered under the skin.

Dragging his gaze away from her, he resisted the urge to rest his chin on her shoulder, then had to smile. “Well, I’ll be darned.”

Four squirrels, adolescents judging by their size, scampered toward the Christmas tree to disappear inside it. First the lower branches began to shake, then the middle, and finally the top. Ornaments jiggled, quivered and eventually fell to the ground. The oddly synchronized movements ran up the tree then down a couple of times more before four brown, furry bodies shot back to where they’d come from.

“What do you know about that?” Glancing behind her as she spoke, her lips nearly collided with his.

Mouth open, she pulled back, while Tony didn’t move a muscle. A millimeter of space. That was all he had to close between them, and his lips would cover hers. Pausing to swallow, his gaze captured hers and held.

She looked away and reached for the radio. “Shall we call the Chief?”

His hand came over hers. “In a minute. There’s something I want—” He blew out a breath. “—need to say to you first.” When she didn’t tell him to go to hell, he went on. “I think I know where we went wrong, Holly. You and me.”

She pressed her lips together but didn’t turn away.

He sat back in the seat but held fast to her hand. “I think we got hung up not so much on different values as different perspectives. We both want the same things. We just differ on the best way to get there.” He went on before she had a chance to answer. “I was wrong, and I’m so very, very sorry.”

For the first time in a long, long time, she came up with a weak smile. “It’s my fault too. Not just yours. I’m sorry too.”

They talked over each other in a flurry of offered compromises until Tony couldn’t take it any longer.

“Enough!” When she stopped speaking, he gazed at her across the squad car’s front seat. “It’s killing me to not reach over to take you in my arms.” His voice lowered. “Hold on tight and never let go.”

She let out a tiny laugh. “Me too. Imagine the calls they’d get at the station at the sight of two cops in the front seat of a squad car making out.”

Head rested back, he cast over a loving glance. “That’s one visual I could definitely get used to.”

He squeezed her hand. When she squeezed his back, a warm tingle shot up his arm and over his collar bone where it picked up his small and shriveled heart and put it back in place to grow.

She gave him a huge smile. “This is the only place I’d want to spend Christmas. Together with you.” 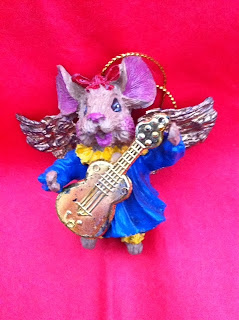 Sniff...awl...a lovely ending. Great story. And squirrels?? Love it! Loved it all.

A beautiful ending to the story. Now how are they going to keep those squirrels out of the tree? Maybe they should adopt them. LOL

Vonnie. I made you sniffle? Wonderful! Merry Christmas!

Jannine. My theory is live and let live. Squirrels need to have fun too! PS. We've learned from experience, you can't keep them out of anything.

Put my dog, Anubis, on those squirrels and they'll stay far, far away from that tree. Great ending, Margo!

Yay! I'm so glad he spoke up. And such a cute touch with the squirrels. Wonderful story with a perfect ending...thanks for sharing!

Thanks, Chris. Send Anubis my way. Ours - Heidi - is afraid of squirrels among most other things!

Glad you liked it, Alicia. Who knew those squirrels would be so popular?

Great story, Margo. They sound like such a great couple. So glad they got back together.

Thanks, Diane. Glad you enjoyed it. Gotta love that HEA!

Great ending to a sweet story

Lovely story, Margo. I'm just catching up because I've been out of town. I'm not a bit surprised the culprits were squirrels!