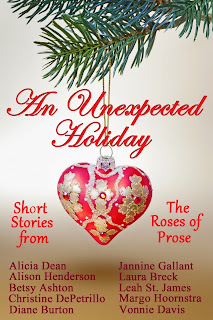 Her throat aching, Angela pressed her lips to the sheet, then folded it and placed it back in the baby book.
As she reached for the phone to call her dad, it rang. Ron.
“Good morning,” she answered, sniffling back the tears that had started to fall.
“Morning,” he answered. “How are you today? Survive the night okay after I dragged you to church?” He chuckled, but it was a nervous kind of chuckle.
She thought for a moment. “Yes, I’m fine.”
“You feel like having breakfast, then maybe we could hang out together before the shift starts?”
“Yes, I’d like that. Can you pick me up, though? I don’t feel like driving.”
“Sure. Thirty minutes okay?”
“Fine.”
“See you—“
“Wait, Ron,” she interrupted. “One thing before you hang up.”
“Sure.”
She was trembling, unsure what she was feeling, or what she’d do about it, but it suddenly seemed important.
“Merry Christmas, Ron. Merry Christmas.”
The End.
I hope you enjoyed Christmas Delivery!
Wishing you and yours a joyous Christmas and a healthy, happy 2014! 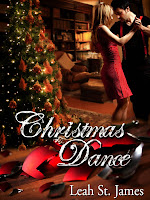 Beginning Saturday, Dec. 21, through Christmas Eve, my "Christmas Dance" is on sale for Kindle for 99 cents. It's the story of a man and a woman who are (what I call) unhappily happily married. It's a story about love and marriage and temptation--what happens after the bride and groom start to build a life together. You can read more about it here. Merry Christmas!
Posted by Leah St. James at 12:00 AM

Wow, oh wow. Did NOT see that coming. What an awesome story, Leah. So touching and so well done. Yay you!!!

Wicked awesome! My mind has been blown! I don't think I can go to work today. LOL. Great, great story...and like I said yesterday, "Cosmic!"

I say stay home, Christine. Tell your bosses you have my permission. :-) Thank you again for such kind words.

Merry Christmas! Wonderful story and then some. Great work, Leah.

I expected the ending but didn't know how you'd pull it off. Awesome job! Loved this story, Leah.

Boohoo! I'm choked up. Amazing story, so touching. Love the twist. I had a bit of a suspicion that something otherworldly was going on in Chapter Two with the 'there is no Hwy 33' and the surrealness of the scene (don't think that's a word, but I'm using it anyway :-)) and of course, the baby's name and birth date. But I had no idea it would turn out the way it did. Fantastic!

By the way, I HIGHLY recommend Christmas Dance. Wonderful story from a wonderful author. And it's ONLY 99¢ :-)

Yeah, Jannine, I kind of dropped a bunch of cookie crumbs. :-) Thanks for stopping by!

Thank you, Ally. I'm glad I could keep you guessing a little. :-) As for Christmas Dance, it had a fantastic editor!

I suspected the ending would be something special, and it was! Thank you so much for this beautiful story.

Thank you, Alison. So glad you enjoyed it!

Wow. You made me cry with the letter. Beautiful story, Leah.