Mistletoe and Misdemeanors by Alison Henderson 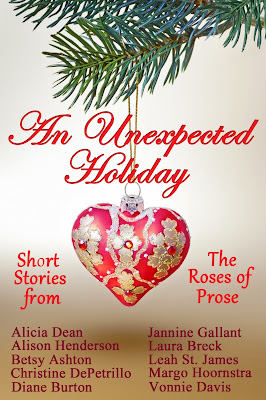 A great dose of holiday mayhem to start my day. Nice!

Great start to another great story.

We definitely think alike, Alison. Not sure what that says when the "alike" concerns jail time! Great beginning!

Fantastic! I love these characters and the situation, and the humor. It all feels so real. LOL, yeah, it's funny you and Jannine both had jailbirds in your story. :)

Thanks, everyone! Jannine, I'm taking bets you and I aren't the only ones who had this idea. LOL

Oh, the sparks are flying around those jail cell bars. Awesome chapter. Love it!!!

Great minds think alike. At least three of us have heroines stuck in jail. Love it.

Betsy, I'm not surprised. It seemed like a natural to me. LOL

Another story with fun characters. Can't wait to read the next chapter.