Motivation: it's all about the energy

I went to the RT conference last week. I got a "day pass" because I stayed with my sister on the outskirts of KC, so I drove in and out of the conference. I went Wednesday-Friday, and by Wednesday night, I was so ready to give up publishing.

Not because of anything in particular, but it just felt like the same-old, same-old. I was hearing the same thing, over and over, about promoting: social media is it, make sure to make time for it, get your name out there, write the best book... And I noticed that no one seemed to be taking promo items (not just mine, but others as well). It had a whole different vibe to it.

I attended one self-promo session that was mind-boggling to me. An author has 3 Facebook identities, and she manages each with different people in different places, and she uses Twitter and handles giveaways, and has spent $$$ on this. Of course, she doesn't work full-time like I do, but it was still daunting.

On Thursday I went to some workshops, and sometime in the middle of one afternoon workshop, something clicked. The panelists (Catherine Bybee, Caridad Pineiro, and one other [H.P. Mallory?] I think). Anyway, they were saying sort of the same thing I heard elsewhere, but somehow, it sounded different. I filed away the thoughts in my brain, and sometime on Thursday night, something clicked. I woke up on Friday all energized and ready to write and promote and kick my career back into high gear. 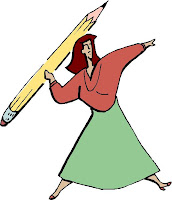 Where did that come from? I'm not sure, but I think it was the way the info was presented. That talk seemed to make it seem much easier, much more doable, than the other talks.


I honestly have no idea why, but for some reason it resonated with me. Now I need to build on that momentum and move forward (and keep writing). It's just so odd how one little thing can have a big impact (the pebble in the pond effect, I guess).

Motivation comes in all shapes and sizes, I guess. All of us are different. It's nice something clicked for you.

Good to hear the conference didn't end up being a waste of your time. I could use a kick in the butt, too. Just saying.