Today's guest on The Roses of Prose is Christine Elaine Black. Please welcome her! 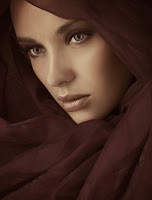 I love magic and I love mystery, especially in the romantic, historical book genre. It hadn’t occurred to me to write those elements into my story but touches of magic and mystery appeared, and soon I realized that ancient tales appeal to me because of those very elements.
Seer, prophet, oracle, sibyl, wise-woman, clairvoyant, diviner, augur: whatever the exact meaning of all these names they have a common thread. And I can’t write a tale of ancient Rome without having a woman with magical power make an appearance. Whether it be for good or bad reasons…I’ll leave that spoiler alert alone!!
Happy reading and I hope you find some magic and mystery in all of your stories.
Cheers!
Christine Elaine Black :)

Blurb: Rebellious and strong-willed, Kalliassa flees a political betrothal arranged by her brother, the emperor of Rome. She runs to the one man capable of preventing the match -- her brother's sworn enemy. Unwittingly, she throws her fortunes into the hands of a man pledged to destroy Roman rule.
Taurus, proud Governor of Panua, would do anything to provoke the emperor, even ruin an imperial sister. But Kallie is like no woman he's ever met, and she tests his strength of will and his solemn vow to end the reign of her family forever.
Can true love overcome lust, lies, and deceit?

Excerpt: The parchment rolled out of Kallie’s hand and fell to the floor with a sharp oath directed at the author. How dare the emperor use her as a pawn in his game of politics! The love and trust she had placed in him as a small girl, watching from afar as their grandfather groomed him for greatness, shriveled in the brutal realization that he now ruled with complete disregard for his family. Marriage! To a man at least three times her age, ruler of a desert country, and with a harem of wives and concubines, no less. The only choice appeared to be swift action to avoid the imperial order. On unsteady legs she ran for the stables.
The horses stamped impatiently, and Kallie glanced around for the boy normally on duty at this time of day. “Sergius, are you in here?” A rumble of laughter greeted her.
“Should you not be dressed for dinner in fine ladylike attire?”
Kallie squealed with delight. “Uncle Atticus! You have arrived at a most propitious moment.”
“Have I indeed.” Her uncle, in truth her father’s uncle, had taught all the children in the Gregorian household the most efficient and effective skills of survival in the roughest conditions. “And why are you dressed as a boy?”
“I’m running away.”
Atticus eyed her with skepticism. “From what?”
“Our esteemed emperor has ordered me to marry, and I won’t do it.”
“Hah,” Atticus grunted. “If you wait until after I eat and refresh my water supply, I’ll go with you.”
“But why? You will incur the wrath of my brother.”
“I have my reasons.” Atticus scratched his bushy beard, a twinkle lighting his dark eyes.
“Where can we hide from the entire Roman Empire?” Kallie mused.
“I know a place, but it will require cunning, and could be dangerous.” Her uncle chuckled with his usual good humor.
Kallie’s mind glowed at the possibility of escaping her brother’s reach. The great emperor, Caius Gregorian, would not be amused.

Great to be here on this fabulous blog!!
Thanks Lyndi. I love writing secondary characters with a feisty attitude. :)

Welcome to the Roses of Prose. Great cover and excerpt. Sounds intriguing.

Nice excerpt. I downloaded the free copy and plan to read it soon. Thanks for the nice post.

Thanks for the downloads, ladies. I'm happy to share my man, Taurus, with you. :)

Best of luck with sales, Christine! Thanks for visiting us today.

Thanks so much for being with us, Christine. Great post.

My pleasure to be a guest here on The Roses of Prose. Enjoyed it very much. :):)