Something to Warm You Up on a Stormy Minnesota Day

No matter where you are in the world, and what the temperature is there, this should warm you inside.


Dancing in a Hurricane

Excerpt: Walking through the dining room, Bree expected to feel boxed in by the hurricane shutters, but instead, her skin warmed with a cozy, safe feeling. She turned on a quiet Cuban jazz mix, sat on the couch, tucked her feet under her, and held her cup of tea to warm her fingers. The candle flames flickered, mesmerizing her. How did a woman go about approaching a man to let him know she was ready for a physical relationship?


The easiest would be to peel off her clothes and go lay on Sixto’s bed. She smiled. No, she didn't want to give him a heart attack. She could say nothing and let her body tell him, but since she hadn't done this before, she might make a mess of it.


Talking seemed to be the way they communicated best. She'd try a combination. Use her limited seduction skills to get him worked up then tell him what she wanted and let him take the lead.


He came in from the garage and closed the door. Walking past her, he said, "I'm gonna change and…" He stopped. "Seriously, Bree. What is that look about?"


She put on her most innocent face. "I don't know what you mean."


He took her cup of tea from her hand, sniffed it, and gave it back to her. "Have you been drinking?"


"No, but would you like something stronger in your tea?"


She jumped up. "I'll fix us something while you change." 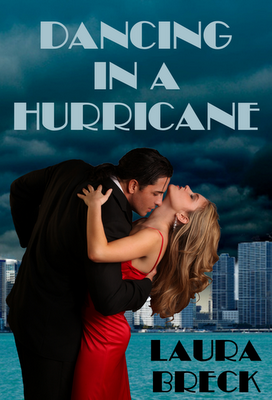 "All right." He seemed uncertain. "Thanks."


She reheated the mastacioli she'd made the day before, warmed two meatballs, and sprinkled everything with parmesan. Opening a bottle of Chianti, she poured two glasses, made a face, drank half her glass, and refilled it. Liquid courage.


She brought the meal to the living room along with cloth napkins and the bottle of wine. Sixto joined her on the couch wearing sweats. "Thanks, cariña. I was too busy to eat much today."


"Did you have breakfast?"


He picked up his plate, took a bite, chewed, and swallowed. "I had an omelet."


He filled his mouth and nodded. After swallowing and drinking some wine, he said, "A Cuban sandwich."


"It's six o'clock now. You didn't have anything in the afternoon?"


She wiped a speck of sauce off his lip with her napkin. "If I ate as much as you do, I'd weigh four hundred pounds."


"Do you think I'm getting fat?" He grabbed his side where a spare tire would be on any other man.


"You're a shark." She slipped her hand up under his shirt and rubbed his stomach. "A sleek, muscular eating machine." She smiled her naughtiest grin. She was on the prowl and it was empowering.


He his face turned wary. After looking into her eyes a minute, he said, "You seem different tonight. Are you doing okay with the hurricane?"


She nodded, drank a big swallow of wine, and went back to her seduction. Setting her glass down, she moved closer to him, took the fork from his hand, loaded it with mastacioli, and fed him.


He stared at her as he chewed.


She forked a single piece of pasta and slowly brought it to her mouth. She looked into his eyes, parted her lips and stuck the fork in, wrapped her lips around it and pulled it out. "Mmm." She chewed, working her best seductress smile. "Yummy."


His face was incredulous. "What the hell?" He took the fork from her, dropped it on his plate, and set it on the table. "Bree, what's this about?"


She turned to face him.


"Sixto…" She put her hand on his thigh, he covered hers with his. "This is difficult to say."


He nodded, she loved how patiently he waited for her.


One side of his mouth curled up. "I love you too, Bree."


She swallowed and looked down at their hands on his leg. "And I need to tell you that I was wrong and you were right about love." She glanced at his face.


He looked off to the side and she could almost hear him thinking.


"You told me…" Her voice was unsteady. "It's natural to share love in body as well as soul."


He stared at her, not moving.


She continued. "You asked how love can grow if physical love isn't allowed in the relationship."


His body tensed and his gaze bore into hers. "Tell me you want us to make love."


Her throat constricted, every ounce of her love for him swelling her heart. She nodded.


"Oh, God, Bree." He pulled her onto his lap, kissed her frantically, one hand holding her neck, the other gripping her hip, caressing her. "Say it."


She let out a squeak, cleared her throat, and whispered, "Make love to me, Sixto. Make me your woman."

Email ThisBlogThis!Share to TwitterShare to FacebookShare to Pinterest
Labels: Cuban-American, Dancing in a Hurricane, Laura Breck, multicultural romance, sexy excerpt, The Roses of Prose Where Romance is Never Out of Season

Terrific excerpt, Laura. Sunny but cold here, so the warmth is welcome.

Thanks, Jannine! It's freezing rain here with a promise of slush and snow to come. A good day for staying inside.