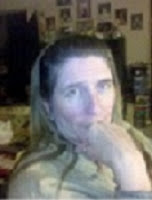 How is your year going so far? Mine has been quite busy but it's a good kind of busy. I enjoy the chaos of too much to do. I must because every time I get it under control, I feel like I'm not doing enough and have to add a few more projects. I'm always looking for new possibilities.

While I'm in the midst of editing Day Labor, I'm finishing my 2012 NaNoWriMo project, Rhoades Through a Storm. I've let it sit for almost four months and have two short pieces left to finish it. I'm touching it up in between other things and it is coming along nicely. It's possible I will have another manuscript to submit in the next month or so.

I've borrowed a T-shirt Press and began applying transfers to shirts for my children's clothing store. It's fun and easy. I get to put Jen's expertise in graphic design into practice. I've added our first creation that was designed by my son's lady friend, Caitlin Thompson. His name is Opus Owl and I love him.

My son drew a portrait of Jen's favorite zebra, Zag, wearing glasses. I hope to have him ready for the press soon. These little fellows add originality to the clothing. I'm looking for new and unusual transfer subjects to make my shirts stand out. It is possible that we will be increasing our sales by adding these originals.

My answering service is growing and doing well. I am in the process of training to be an operator. I know that sounds crazy. Everyone knows how to answer a phone. That part is easy. It's the computer program that we use to take the messages and send a text, fax, or page to the client that has me intimidated. I know I'll get it after a short time. My hands-on training begins on Tuesday. I believe that since it is my business I really should know how to do the work. Of course, there is the possibility I will tear my hair out in frustration.

I make crochet items for a store that is in the same mini mall as my clothing store and my book store. Did I mention I have a book store across the hall from the clothing store as well? I make purses, blankets, ponchos, and other "specialty" items for her store. I also make children's sized purses, blankets and ponchos for my store. I want to get my sewing machine out and make a few sets of culottes and some skirts for the store. I made them for Jen when she was younger and I think they will do well.

I see possibilities every where I look. I need to be three or four people in order to do everything I'd like to do. I know that is not possible so I hope to get all of these businesses established, hand them off to family members to run and be able to collect a little from each one every month. Then I can sit at home with a steady income in place and spend my time writing! Oh, what a happy day that will be! It will be possible for me to actually finish writing all of the dozen stories that I have waiting in my computer and in my head. It's always possible!

What were the possibilities of a half-blood man being free to love a white woman in 1880s Oregon Territory? Not very good but it didn't stop Cole Jackson from falling for Shyanne Bennett.

Dex kicked the foreleg of Cole's horse. The wagon lurched as the horse cried out. Cole leapt to the ground, his boots accenting his landing with a plume of dust. He stood face to face with Dex.
Dex grinned.  "Well, I finally got through to him.  You can take your eyes off the girl.  If anyone gets that one, it'll be me."
"We'll see," Cole challenged, his glare drilled into Dex's eyes.  They stood equal in height but Dex had quite a few pounds over Cole.
"He can talk.  I didn't think he spoke English."  The cronies laughed.  Dex's grin melted to a smug frown.  "There's nothing to see."
Cole glanced past Dex at the girl.  She stood on the raised sidewalk now, and watched the exchange along with a few other people.  Cole could toss this fool to the ground but it would only get him reprimanded by Sheriff Olsen. That would either impress Shyanne or she'd never speak to him because of it.  Dexter Heims wasn't worth the trouble.
"Right."  Cole tried to step around Dex with the intent of loading the rest of his supplies.  Dex grabbed a handful of Cole's jacket, and shoved his back against the buckboard.
"I didn't tell you to go yet." As the fool stepped back, his cronies fanned out beside him. Dex turned his back to Cole for a moment, taking something from one of the others.
"What ever."  Cole hooked his thumbs in his back pockets, cocked his head in annoyance, eyes on the building across the side street. A few others had gathered behind the idiots. Great.  Cole smirked as he waited.
Dex turned back to Cole. "You remember General Custer? That run in they had up in Montana territory?"
Cole glared at Dex.  "Last year. What about it?"
"Did it look like this?"  In a synchronized attack, all four of the boys pelted Cole with balls of mud.  Cole didn't flinch as the globs thudded against the wagon and the stacked supplies, startling the horse, and splattering him.  He didn't take his eyes from the grin on Dex's face.
Cole smirked. "If you had half a brain, you'd remember that the other blonde horse's ass lost that battle. The Indians won."  Cole headed toward the supplies, undeterred by the show of stupidity.  "But you're not long on brains, are you."
Dex puzzled for a moment.  He glanced around and laughed, the others following his lead, as usual. Cole continued his task as Dex and his band moved off down the street.  Cole worked, his head held high as he turned his back to the laughter.  As he hefted another bag of seed, he chanced a glance into Shyanne's kind blue eyes as she strolled past him into the mercantile.  At least she wasn't laughing.  Another memory he could keep.
______________________________________

Shyanne's Secret is available from Whiskey Creek Press, Amazon, or Barnes and Noble.
For more from Jena Galifany, visit my WEBSITE.

Life is full of possibilities. Reach out and grab them before they get away!

Posted by JenaGalifany at 4:26 AM

Oh my goodness. I need another cup of coffee to keep be going just reading about all the activities you have going. Opus is adorable! And what a teaser with your latest work. Best of luck with all of it.

Sounds like you're one busy woman! Best of luck with all your projects.

Thank you both. I need all the luck I can get!
JG

Gosh,Jena - how do you do it all? I was exhausted just reading about your life! Thanks for the inspiration and for the excerpt!Here's wishing you much success with ALL your projects.