Pay It Forward by Brenda Whiteside 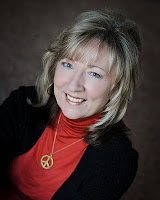 This could be the year for more random acts of kindness. Or paying it forward. Did you see the movie in 2000 about a kid who gets an idea to save the world by doing good deeds first instead of paying good deeds back? The movie got less than great reviews. I happened to like it (but then reviewers see movies differently than I do) and the idea was terrific.

From time to time, I remind myself of the idea or to look for random acts of kindness to perform. And then I forget. To live a life without being so caught up in yourself and those close to you, requires vigilance.

A woman I used to work with told me that once when her parents were dining out, their bill was paid by another couple at the restaurant. They didn't know them and had no idea why the people paid for their meal. I know a woman who was in line at a drive-through coffee shop and when she got to the window to pay, the person ahead of her had paid for her coffee. Since that time, she has done the same twice for the car behind her. How cool is that?

Last week, a young man I know was in line at the grocery store and an elderly man in front of him had trouble with his bank card. He only had three items. He asked the clerk if he could come back tomorrow with cash to pay for them. Of course she wouldn't or couldn't let him. The young man paid the guy's bill. He now feels so good - I think it puts you on a high to do good for others.

I, too, had a grocery store encounter last week. At the self check lane, an elderly man in one of those electric carts with a basket had just finished checking out and appeared to be struggling with placement of a cane and getting the sacks into his basket. So I said, "here, let me help" and began putting the sacks in his basket. To which he snarled and said, "you're not doing it right. Let me do it." I didn't  have that same warm, fuzzy feeling my young friend had.

I'm not going to get discouraged. He probably regretted snapping at me later. Or not. But I am going to have to look for more instances to do a good deed or pay it forward. It's easy to surround ourselves with an invisible wall that we can't see through. I'll just have to risk getting snapped at.

Great post, Brenda. Words to live by and just what I needed to hear today. Thank you.

Thanks for the reminder, Brenda. Because like you, I forget sometimes to stop and think of the other person. But when you do remember and do your good deed, you do get a warm feeling. As for the crabby man, I hope you smiled and went on your way knowing you were doing a kind thing.

That's all I could do, Jody. Oh well...thanks for dropping by!

It's always risky helping elderly people because many don't want to admit they can't do for themselves the way they used to. Still, they're the sector of our society who need help the most. Good for you and your new resolution. I'm inspired to do something nice for someone!

Good post and good for you for helping him! Sometimes the frustration of needing help gets a little rude.

The hardest part is noticing that something needs doing. I'm guilty of being so busy I forget to reach out to others. thanks for the reminder.

Agreed. We all need to think about we're part of the whole more often.

I loved the post and the message you sent in it. Thank you.

I love paying it forward. Good for you to keep trying, Benda. Sometimes the warm fuzzies are overrated. You can still feel good that you tried because so many out there don't even do that much and are capable of so much more. Maybe the poor old fella is used to being treated badly, and he thought you were only offering to help to push him along so you could have the scanner. If you see him again, offer to help again. This time, ask how he wants it done. :)

Actually, Calisa, he did mumble something about me wanting the scanner. I commented I was just trying to help but I backed off. Not much more can be done with some folk.