When is Shopping Dangerous? by Laura Haley-McNeil 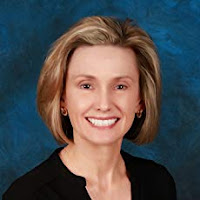 When I discovered online shopping, I was in heaven! I spend too much time indoors, so any chance I have to be outdoors, I’ll take it!

In my book Wherever Love Finds You, my character Ellora Duvall is a shopping fiend, and why shouldn’t she be? She lives in the best place to shop in the world—New York City. Who doesn’t like to go into a trendy boutique and walk out loaded with colorful bags and boxes and tissue paper? All that color and shiny paper is such a beautiful site! But after a brutal shopping trip, there’s that wisp of smoke that escapes the checking account that’s a reminder that having cash in the account makes shopping more fun.

Ellora likes to shop but her timing could be a little better. After she loses her job, she’s walking through the city with no place to go and nothing to do. Time for some therapy, and what better place to indulge than in a boutique where all the latest styles are modeled by headless mannequins? It’s so easy to say you’re just going to try on that dress and those pair of shoes, but what happens when they look good together and they look good on you? You whip out the credit card. Feeling renewed, Ellora grabs her shopping bags and joins the flock of pedestrians streaming down the sidewalk when she receives the phone call that she has to return to Colorado immediately. It’s an emergency! Sadly, Ellora looks at those freshly bought packages and wonders how she’ll afford the plane ticket after all this expensive therapy. Solving one crisis has led to an even bigger one. It takes some juggling, but Ellora is determined to make it work. After all, she’s not dating Zach Lowe anymore. She has all the time in the world.

Her expensive shopping trip leads from one crazy event to another and each of those events leads her back to Zach, the man who destroyed her life. The man she never wants to see again.

Ellora better put on her thinking cap. It may be the only way she’ll escape Zach is to start answering those help wanted ads in Montenegro! Happy travels!

It’s his game. He makes the rules. Rule number one—only he can break the rules.

Zach Lowe lives his life without relationships in business and personally. Getting involved doesn’t work well when you’re the Black Knight of Wall Street.

Ellora Duvall, the sweet kid who crushed on him in high school, waltzes into the world of corporate finance with the same wide eyed innocence she had in chemistry class. He hadn’t expected her to affect him the way she did, but he’s in control. A few weeks with Ellora will be pure pleasure, then he’ll move on. She’ll understand. He should, too.

Who broke his rules?

Email ThisBlogThis!Share to TwitterShare to FacebookShare to Pinterest
Labels: Laura Haley-McNeil, The Roses of Prose, Wherever Love Finds You

Ellora sounds like quite a character! Best of luck with sales!

Welcome, Laura! Neat concept for your book; excellent excerpt. Love to see nasty parents get their comeuppance. Your readers will think so too. Happy sales to you!

Welcome to the Roses and thanks for a lovely post with an enticing excerpt. Having a new release is always fun. I'm wishing you great sales. The work is just beginning...all the promo. Writing is the easy part, so is editing. But promoting that literary baby? Ugh.

Yes, welcome to the Roses of Prose. Enjoyed the excerpt. Wishing you much success.

So sorry to be late, Laura. Great excerpt! I grew up in the NYC metro area but haven't been to the city since moving to Virginia more than a decade ago. Your fantastic description gave me a giant dose of nostalgia! Sounds like a terrific story. Wishing you much success!

I love shopping online. So easy and I can do it when I want to. Best wishes on your book. It sounds great.