Back in the Dark Ages,  I used to teach English Language at college level in the U.K.  Yes, an American teaching English to the English may sound funny, but when I was handed papers that actually had “ad” instead of “had” and knew not the first thing about grammar, well, I had found my calling.  So you can imagine that I’m a pretty strict grammarian. Even now, in this Age of Enlightenment, I like my commas—especially the Oxford Comma. I even like semi-colons, and I always got a laugh when I opened one class for scientists with: “Thompson found, after being submerged in the solution for nine hours . . .” Ah, the misplaced modifier! But I digress.
Most of us have now seen the famous duo of sentences, ‘Let’s eat, Grandma,’ and ‘Let’s eat Grandma.’  The difference in meaning is glaringly obvious.  But with an Oxford comma, which comes at the end of a list, it might not be so obvious.  Someone working for Oakhurst dairy in Maine didn’t think that comma made any difference, but it did—to the tune of a $5M settlement.  Three truck drivers read that overtime would not be paid for time spent “canning, processing, preserving, freezing, drying, marketing, storing, packing for shipment or distribution of . . .” produce.  No comma at the end so it means one or the other, whereas the Oakhurst people had thought it meant both.  Smart truckers for noticing this!  The first court ruled in favor of the dairy; the appeals court ruled for the truckers and the above settlement has been reached.
Some authors now seem to think they can do away with commas altogether.  It amazes me because Word comes up with those squiggly green lines when you leave one out. Word doesn’t seem to have any mark to tell you when a semicolon is due—a semicolon separates two halves of the same thought in a sentence—but nowadays most authors seem to just write a separate sentence.  I regret that, but I understand I’m probably alone in this moan. The Chicago Manual of Style gives them a small section saying, “Though the semicolon is less frequently employed today than in the past, it is still occasionally used . . . ”
And what does the Chicago Manual of Style say about my beloved Oxford Comma?  Well, we’re in the United States and it says nothing.  Nothing! Yet there, at point 5.60, discussing lists, the Oxford comma is sitting pretty. “The carpenter’s saw, hammer, level, and so forth were found.”

If you’d rather listen to books than worry as you read about whether they have commas in the right place, hop over to either https://www.amazon.com/Lawless-Love-Lawmen-and-Outlaws/dp/B078KH5WPS/ 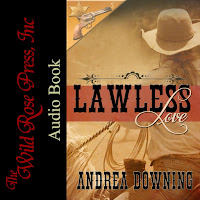 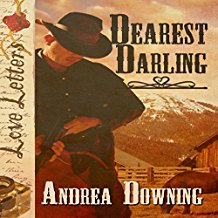 and give these two novellas a listen.

Oh, goody. I'm first to weigh in. We would think the stakes over a comma or semicolon are small (nothing like the scary vision of orange man and rocket man settling a dispute). But in our own community of 51 homes, an 85 year old neighbor who used to be a legal secretary, has gone crazy over missing semi-colons in our redrawn CC&R's (My husband led the rewriting of the community regulations). I am astonished by the fallout.

The first book I submitted to an agent was rejected largely because I used semi-colons...I think, back in 2004. She said, "We don't use semi-colons in romantic suspense."

I love semi-colons, and I use commas liberally, especially to clarify meaning. I'm hangin' with you, Andi!

OMG, don't get me started with the Oxford comma. I ALWAYS used it. Then I hired an agent who was a comma minimalist and made me take them all out before submitting. She also axed a bunch of other random commas. When Kensington contracted me, I had to get special permission to not use the Oxford comma in that series so I wouldn't have to rewrite the damn book (or others already written). Plus, she added back in all the commas my EX-agent had deleted (we were comma symaptico). One more reason why that author/agent relationship didn't work out. For my last series the Oxford commas are back. Then, the copy editor for BURIED TRUTH went berserk adding commas EVERYWHERE. I swear she added about 700 unnecessary commas. I ended up in a battle over it with my new (much higher up the food chain) editor. We compromised at about half the added commas. The copy editor for LOST INNOCENCE was completely reasonable. I'm waiting on pins and needles to see what I get back for HIDDEN TRUTH. You can't imagine my angst over those little squiggly lines... As for semi-colons, I dislike them. If you have to separate two thoughts, use a freaking period. I stop reading every time I see one. That's not what you want readers to do. Just saying.

I am an enthusiastic devotee of the Oxford comma, although I'm trying to lighten up on other, more extraneous, commas in general. I also believe in semi-colons when used sparingly and not in fiction. I recently read a book for my book club that had been nominated for the National Book Award. The author purposely (and I believe arrogantly) abandoned most punctuation conventions, including all quotation marks! Although critics mentioned her "spare" and "eccentric" punctuation, I found it pointless and irritating.

Well, since I work mostly with AP style these days, the Oxford comma is not mandated unless needed for clarity. I use semicolons in nonfiction but never in fiction. It just feels to scholarly or academic to me.

The one use of a comman I don't understand, and probably never will, is the addition of a comma following "and" and "but," seemingly for no reason. I've noticed this in the past couple of years, and it produces a screaming pause in my head while I'm reading.

Here's an example of what I mean:

1. Written as one sentence with "but" serving as a conjunction and no extra comma.

I understand if it's a set of commas around a clause, but it really annoys me when placed after "but" by itself.

2. Written as two sentences, with "but" the beginning of the second sentence with the extra comma.

I understand if it's a set of commas around a clause. But, it really confuses me when placed after "but" by itself.

In this second example, I read: "Buuuuut, it really..."

Leah, the copy editors at Kensington have done away with the comma after a But or And beginning a sentence. They use the Chicago Manual of Style for their edits, so maybe that's what it stipulates.

As Jannine mentioned, comma usage, by and large, seems to be almost a subjective editorial preference. Enough to drive any author nearly to distraction. ;-) I was originally taught to use the Oxford comma, then learned it wasn’t necessary anymore. As Leah says. Who makes these decisions? I use my own technique for comma usage. While reading outloud (audio books, anyone?) if I pause to take a breath, I consider putting in a comma. As far as semi-colons. Word often insists upon them. I just as often ignore their use. Fun topic, Andi. Good luck with the audios.

Ah, I'm sorry I was away and didn't have the chance to stir things up here. Commas are for clarity; (yes, a semi colon) in drama, they are for breaths. No commas after BUT unless what follows is a modifying clause in which case the clause is in the wrong place usually. I had one editor at TWRP who put in more commas than even I wanted, and that's saying something. The one thing I see a lot of, for some reason, are commas before a modifying clause but not after--i.e., not closing the phrase off. That I don't understand.

My editor at TWRP is a comma enthusiast. I'm not sure if TWRP has mandated grammar or if it's just her. The Oxford comma is alive and well. AND I get to use semi-colons which I believe are very useful. The one place I rather disagree with them is the BUT issue as you stated above, Andrea. I always thought it had to be a complete sentence to need the comma. It seems I always have to add the comma. I don't fight it. My editor has the last word on most things as far as I'm concerned. I wonder if you had my editor at TWRP.

Ha, who knew commas could besuch an interesting and lively topic? I use the Oxford comma and, like others, I do not like a semi-colon in fiction. Don't get me started on colons or parenthesis in fiction!! Great post, sorry I was late!

LOL over comma usage. I love the grandma example. It seems like taking out commas is more of an issue with Big Publishers. Recently, I read a book by Big Name Author who didn't use a comma after a "when" clause. For instance: When he saw her he flinched. I had to read those sentences a second time to get the meaning. Considering her other books, I knew that had to be an editorial thing.