The Man At The Top Of The Mountain by Diane Burton

The man at the top of the mountain didn’t fall there. ~ Vince Lombardi, Jr. 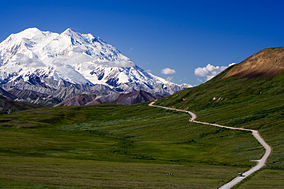 So how did the man get to the top? Hard work. He put one foot in front of the other, one step at a time. That’s the same way to write a book, one word after another.

In past posts, we’ve talked about our different styles of writing. Some writers outline, other write by the seat of their pants. I’m a linear thinker. Usually, I begin at the beginning and write through to the end. Except once.

My current WIP was the exception. I knew writers who wrote scenes out of order. I tried that. What a mess. (For me.) I’m sure it works for others. Writing scenes as they hit me led to chaos, especially as I tried to make sense of those scenes fifteen years later. As I said, a mess.

The fun thing about this experience is that I’m coming down the homestretch. As of yesterday, I have less than 10,000 words to finish. I remember writing the end scene. Could I find it? Heck, no. Eventually, I discovered an “outline” where I’d written the last scene as if telling the end. I knew I’d written it. Now I need to rewrite it, showing not telling.

Anne Lamott, author of Bird by Bird, shares the advice her father gave her brother when overwhelmed by a homework assignment about birds. He said to take it bird by bird.

It’s exciting to realize I’m so close to the end. I’m not celebrating yet. That’s usually when the bottom drops out. So I’m putting one foot in front of the other. I’m going to reach the top—not by falling, but by working hard, by taking it bird by bird. 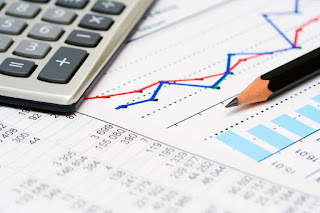 A shocking secret brings danger to Jack Sinclair and his sister Maggie.

Drew Campbell was too busy to return his best friend’s phone call. Too busy to attend a camping meeting important to his teen daughter. Too busy to stay in touch with Jack. Logic and reason indicate Jack’s accident was just that--an accident caused by fatigue and fog. Prodded by guilt, he’ll help Maggie even if he thinks she’s wrong.

When vandals destroy Jack’s condo Maggie is convinced she’s right. Then her home is searched. What did Jack leave behind?

While waiting for this romantic suspense to be released, you can read snippets every weekend on my blog for Weekend Writing Warriors.

Well go you. Congratulations! Especially since it’s nearly impossible to rewrite a manuscript from that long ago. (I didn’t want to say old.) Now to finish...right? Great blurb BTW.

Diane, I'm right there with you! Bird by bird was my mantra as I pushed myself to get back into writing regularly, and it's the only way I finished my current book. I'm so glad you've got the ending in your sights!

A great philosophy. One step at a time is all any of us can take. I'm glad you have the end in sight for this one. Rewriting an old book is a huge challenge. I did it with AN UNCERTAIN DESTINY, one of my few historicals, and it took longer to rewrite it than it does to start from scratch now. So I commend your initiative and perseverance!

Thanks, Margo. That ms was old! Glad you like the blurb. It's still tentative.

Alison, you are doing so great on yours. I can't wait to read it. I love that series. I love Anne Lamott's philosophy. I keep telling myself to go one step at a time, bird by bird. :)

Jannine, you are so right. It's much easier to start fresh instead of reworking an old manuscript. But I had so much done on this story that I thought it was worth it.

Great to hear. The blurb sounds like a good read.

Diane, sorry the pantser approach was a bust. Back on your own straight and narrow is a good thing. Endings are tough...but you can do it!

Thanks, Rolynn. If I didn't feel so bad with this cold, I could get more work done. My eyes hurt to look at the screen.

I love this quote. It reminds me of something Tyler Perry said, something along the lines that he'd been working so hard to reach a certain level and was getting discouraged until he looked behind him and realized how far he'd come. He likened it to climbing a hill, that you don't see your progress until you look how far up you've come. That really inspired me. Lombardi's quote is terrific. I'm so glad you're making progress. Can't wait to read the new WIP when it's done!

I love Vince Lombardi quotes. Yay you for reaching the end stretch. I can't wait to read it.

Thanks, Leah. That is so true about looking back and seeing how far you've come. I need to do that more often, esp. when I'm feeling down.

Vonnie, you are so sweet. Thanks.