The P Word by Brenda Whiteside 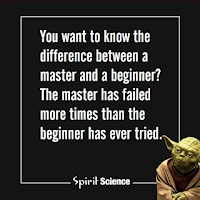 There have been a few of us Roses that have written about promotion and how we attack it. Mine has been on again off again, but no real plan. I tried to make a plan for books three and four in the series, but I didn't totally follow through. I get involved writing the next book or have some family interference and promotion falls away. With the completion of book five, I've decided to give a promotion plan another shot.

My goal is to concentrate on promotion for July and August. I've studied what some others have done, studied all the notes I've kept on the subject for the last year, and investigated several avenues. The goal is to find a few good avenues that readers use to find the books they choose. These are the top 10 ways I plan to promo.

1) Post on my blog five times a month, post twice a month right here on the Roses of Prose, and guest once a month at other sites.
2) Upload all my books on AskDavid.com for a six month period.
3) Post everyday on my Facebook author page which also goes to Twitter.
4) Tweet twice a day, five days a week on my Twitter page.
5) Place ads three times a month on The Romance Reviews.
6) Advertise/take part in promos on The Romance Studio
7) Do a July promo with N N Light and possibly one in August
8) Advertise on Amazon for the month of July
9) Do an Amazon giveaway for the month of August

10) AND my biggest expenditure, if they will have me, is Bookbub. Once I have a release date for

the fifth book, The Deep Well of Love and Murder, I will attempt to get a book, with a reduced price, listed on Bookbub.

I'm still trying to decide the best way to utilize Facebook in addition to staying active with posts.

If after these efforts, I don't see an appreciable rise in sales, I'll go back to my old mode of operation...write as often as I can and not fret about having the time to do promo.

I've heard so many times over the last ten years that the best promotion an author can do is write the next book. But someone has to let the readers know I write. That's my plan for the next couple of months. I'll report back in at the end of my experiment. 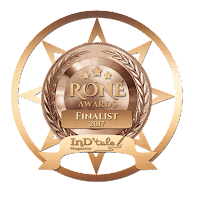 Email ThisBlogThis!Share to TwitterShare to FacebookShare to Pinterest
Labels: brenda whiteside, RONE award, The Power of Love and Murder, The Roses of Prose

Thanks for the list, Brenda. I'm anxious to see how your July/August promo plans work out. Ask David has always been good for me...but I've neglected him lately. You are absolutely right about the goal of promo...we want our stories in the hands of readers and we're the only ones who can make that happen! Amazon Encore is the only place my book (Lie Catchers) sells. How is your Encore title doing?

Yes, Brenda, thanks for the list. Seems easy enough to accomplish. I'll be awaiting results, too. With the first book in my new series coming out, I may copy your efforts. The sincerest form of flattery...you know.

Rolynn, my encore title is my best seller. I can tell when Amazon does a promo too.

I hope I have good news for you, Margo.

Since I haven't been able to beg, borrow, or buy 20 reviews for Wilde One, BookBub hasn't picked it up. Kensington has been putting one or the other of the Wilde series (currently all 4 at different prices ranging from .99 to 2.99) on sale periodically. It helps. I'd suggest a price drop on a couple of your titles in the series to get them moving. Based on Amazon rankings, I see sales on the 99 cent ones followed by sales on the higher priced books. People are willing to try a book for .99 cents, and since your books are great, they'll pick up the others in the series. TWRP is usually pretty cooperative with sales requests. That in conjunction with your others plans might give them an added boost! Best of luck on your experiment!

Gee, I've never heard of Ask Dave or Amazon Encore. I have some things to learn. I wish you the best of luck and awesome sales.

Jannine, I don't have 20 reviews on one of my shorts but nothing in the series. FDW is a heavy user of Bookbub and says many of the books he gets off there don't have that many reviews. Keeping my fingers crossed. Yes, TWRP will drop the price whenever I want. They're very accommodating.

Vonnie, I've heard that Ask David gets lots of hits and it's very reasonably priced. Amazon Encore chooses you not the other way round. Sure wish they wanted other books in my series.

I've tried several of these things before, but never in such an organized, concentrated way, and I've never heard of Ask David. I can't wait to hear about your results. Sooner or later, somebody has to crack this nut!

Good luck and keep us updated on how things go --

Alison and JL, thanks and I'll let you know how it goes.

Nice list Brenda, thanks. Never heard of AskDavid.com so that's something to investigate. Good luck with all this promo

Great list of sites. I admire your organization and determination. Best wishes. Like the others, I'm anxious to hear how things go.

Thanks Andrea and Diane!

Wow, impressive! Sounds like you have a good plan in place. I should put something like that into play as well. I've learned a few things lately from some marketing people at conferences I attended. I need to share the info with our Prose loop. I can also share the info for my daughter's promo service. Good luck, I'll be anxious to hear how it goes! I've used Ask David in the past, but not in a long time. Maybe I'll look ol' Dave up again. :)

Alicia and Leah, I'm not seeing a bump from Ask David as of yet but it's early. Yes, Alicia, please share.