Calvin and I just watched episode one of "Abstract, the Art of Design," a Netflix series on different artists. The first one was the designer for covers for the New Yorker magazine. I won't go into the show, but the artist made a statement that struck me as a writer. "If athletes and musicians practice everyday, why shouldn't artists?" He was referring to taking time to play at your craft while still working to improve. If we aren't working toward a deadline, we're challenged to take an idea and play with it.

An idea--an old one--has been residing in my brain for four years, commanding more attention. It was a writing prompt from a writers' group Calvin and I went to every Tuesday evening. The prompt? Tell about someone finding something hidden in a tin can in under 500 words.

I love finding things. Don't you? I also love the idea of discovering something hidden from another generation, a time long past, and bearing the imprint of someone's soul.

So, the writing prompt appealed to me. I was still writing, but it was for fun. No pressure. A couple of hours and I had it finished. I kept thinking...wouldn't this make a good romance? It would need to be expanded. Characters would require developing. Other decisions would need made. Would the romance take place in the Vietnam War era for when the letters and bracelet were from? Or should the romance take place in modern times between the carpenter, who found the tin and its contents, and the granddaughter of the woman who's heart was broken? Or a combination of both time periods?

Will "The Golden Charm" become my daily practice like a musician running through his or her scales? 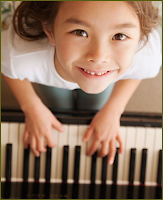 Scales. Repetition of notes. Day after day before a new harder lesson can begin. My son, Steve, after 21 years of daily practice. By turns, he loved and hated his art. Just like he loves and hates teaching. He loves the students, but hates dealing with parents. I tell him it's because he has a childlike mind. 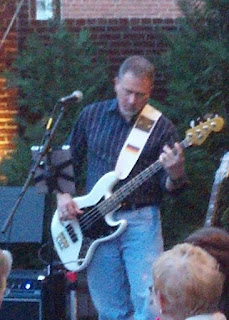 As writers, we don't often admit to the toll deadline pressures take on us. To say nothing of the toll of self-promotion. Athletes have pressures of performance, too.  When we saw our grandson wrestle in a twenty-college tournament, he was slated to wrestle the number one wrestler in the country in his weight class. The coach wanted to move Ryan to the next highest weight class away from the college senior known as The Beast.

Ryan asked the coach, "How will I grow stronger if you encourage me to run from those better than I am?" The coach warned him he'd be pinned in the first quarter. "It won't be the first time. Besides, no one will expect a freshman with a record like mine to do well. The pressure will be off me. I can just relax and have fun." And he did. He almost got pinned twice, but he almost pinned The Beast, too. The crowds in the bleachers stood and cheered. Ryan kept plugging away. He had a rib injury, but he wrestled on. Like we do after a couple one-star reviews--or am I the only one who's gotten those? Ryan on the left lost 11-8. He said it was the kind of match he liked. One where there was no pressure...only learning. 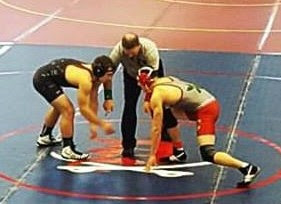 Being a writer requires continual learning. Writers' tastes evolve. Editors' wants change. We have to keep plugging away. learning, trying new things, and pushing ourselves in the form of daily practice.

Who knows, maybe sometime you'll get to read "The Golden Charm."

Read more about my writing at www.vonniedavis.com
Posted by Vonnie Davis ~ Romance Author at 12:00 AM

Love Ryan's attitude. What a great kid. Plugging away is right. How else we gonna learn?

You make an excellent point, Vonnie, and I agree with you. When family health issues contributed to my writer's block, I took an online writing course. Not so much for learning, but with the goal of a weekly assignment, I make sure I put some time aside to write something, anything...as long as I made time for writing. Thanks for the post.

Every time you share something about Ryan, I think, Geez, I wish I had his wisdom! You remind me how important it is to continually push ourselves in our craft, not just for production but for growth. We all get into ruts. Even the most famous, best-selling authors start to write in formulas (probably at least in part at their publishers' request). Such a great message. Thank you.

I love this philosophy. What a great idea for a writer to stretch their skill. And even if you don't write a complete piece that's outside your comfort zone, you own style will be improved by the effort.

Taking risks is key to growth, no question. Ryan's right about that. Practice...always! Both risk and practice prevent us all from the dreaded 'if only's.' Reminds me: we all trip and fall one time or the other. I read that people get hurt from falls because they tense up in fear, ending up falling like a rigid tree, fending off with hands (resulting in broken wrists/arms) and hitting heads. We're supposed to relax when we fall and curl up, landing on our butts and other fleshy parts of our bodies and protecting our heads. Fear of falling/failing keeps us from risk and practice.

Love the tin can prompt. Looking forward to THE GOLDEN CHARM!

Margo, I'm at the stage where I feel the need to stretch my safe zone in writing. Looks like I'll be taking my grandson's advice.

Angela, your idea to take a writing course was an excellent one. Go you! My system against writer's block is to keep a couple stories juggling at once, something deadlines prohibited me from doing for awhile. I miss that freedom of going from contemporary to paranormal as my mood or characters pull me.

Ryan was born on my 50th birthday, so we share a special bond. He'll still snuggle on the sofa next to me and take my hand. That's his cue...or mine. I ask, "Did I ever tell you about the day you were born?" His head is lowered as he shakes it, but I can see the corners of his mouth tip up. "Well, it was my fortieth birthday..." He'll elbow me. "Fiftieth, Grandma. Tell it right."

Good for Ryan, taking on that challenge! Maybe we all "practice" writing more than we think. Blog posts, FB posts, even our comments are all writing. And I know I try to think clearly and precisely when I'm expressing my thoughts, using different strategies than I do writing fiction. Then there are our Christmas stories to keep us fresh as we write "short" instead of "long." I've often thought we should have summer stories, too, since they're so popular with our readers. But, everyone is always busy with their deadline books, including me. It might not be a bad idea, though, to take a little time each week to "practice" writing something different. Maybe we should all write a short story about finding something in a tin can. Excellent post, Vonnie!

Brenda, there are writing prompts online for free...which pleases the "el-cheapo" in me. I google them.

Rolynn, there is a fear of failing. I fear growing stagnant, too, as a writer.

I meant to mention our Christmas stories as a form of practice for us, but wordy me had a long enough post as it was. I think we grow a little through them, too. I feel as if I do.

Love this post, Vonnie. I admire your grandson's attitude. Your mention of the tin can story reminds me of a writing prompt at (Margo's and) my writing chapter back in the mid-90s. I played with that story for years because it was fun. That was One Red Shoe picked up by The Wild Rose Press and pubbed in 2013. I hope to see The Golden Charm someday, too.

Thanks, Diane. Your story inspires me. I've decided to write both romances--the present day one and the ill-fated one from the Vietnam War era. I'll be stretching my boundaries on this one.

Way to go, Ryan. What an admirable young man. I love the idea of this story. I HOPE to get to read it some day! And yes, you are so right about practicing daily. That is something that has been weighing on my mind a lot lately. I'm determined to get into that habit. Wonderful post, as always!