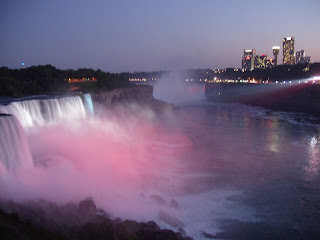 The other day I had another dream come true. One I shared here, briefly, last month. I’ve been asked to be part of an upcoming box set of stories. Romance, of course, with a heat level of 3 out of 5, that centers around LaBonne Chance Casino in Victory, New York located a stone’s throw from Niagara Falls.


The tentative title of the boxed set is: All In For Love, a Lucky 7 Anthology.
For Money Or Love is the title of my contribution.
Release Date:  June 1, 2017
Pre-Order Date:  May 15, 2017
Here’s a teaser to get you interested…
She’s one woman he can’t afford to lose
Mega-millionaire Daniel Winston Montgomery lives to work at his prosperous software company.  Scrimping to survive as a child, money means everything to Dan. He’ll do whatever it takes to preserve his wealth and the security it provides his mother and younger siblings. His brilliant top assistant, Lindsey Carr, is essential to his firm’s continued success. He has no problem sharing the fruits of their combined labors with her. Though, truth be told, he needs Lindsey far more than he she needs him…
Computer brainiac Lindsey Carr wants more out of life than her prestigious, well-paying job. She’s tired of being no more than boring tech support in a well-run software enterprise and craves a little excitement. Convinced Dan and his company will survive—and thrive—just fine without her, she tenders her resignation. After all, Dan has never required more from her than her superior analytical skills. Well, except for that one time she won’t let herself think about…
Unwilling to let Lindsey go, Dan must fight to keep her in his life. In a clash of priorities, will he choose money…or love? 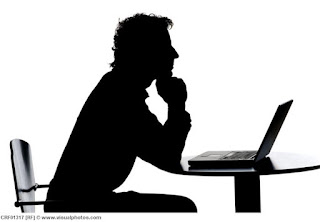 Plus a little taste of what’s in store…
“That’s Daniel Winston Montgomery?”


Lindsey Carr swiveled her head around so fast she could have been in contention for the lead in a remake of The Exorcist. She really needed to quit with an over the top reaction each time she heard his name. “What?”


“On the cover of this magazine.” Good friend Anne Hamilton sat on the other side of Lindsey’s dining room table. She held up the latest issue of Today’s Tech, a monthly bible for software and programming enthusiasts. “Isn’t this handsome creature your boss?”


“Yes.” Her stomach did its customary little back flip as the near life sized head shot stared back at her. Familiar deep brown eyes, well-chiseled and perfectly aligned features. Strong, Romanesque  jaw and soft lips that sent delicious memories through her she was better off to forget. “That’s him.”


Anne considered Dan’s picture again. “Lucky you. Not only is he a mega-millionaire, the man is nothing less than drop dead gorgeous.”


He is much better looking in person.


An air of vague disinterest always served Lindsey well at work. Doubting a similar performance would play so well with one of her closest confidants, she brought it out anyway. “I haven’t had a chance to read the article. What’s he done now?”


A long time elementary school teacher, Anne was used to providing specific information when asked. She set the thick magazine down to flip through its pages. “He was elected, or is it appointed? Anyway, he’s Man of the Year in the techno world.”


The prestigious honor was news to Lindsey. She pretended it wasn’t. “He’s the keynote speaker at their national convention being held here in Victory at our own La Bonne Chance casino in a couple of weeks.”


“That’s what the article says. They brought the conference here in his honor.”


Rita Wright walked in from the bathroom. “I brought that to show Lindsey.”


Anne adjusted her black, oblong shaped glasses and started to read. “The man is a pioneer in server diagnostics and capacity planning.” She glanced up at Lindsey. “Whatever that means.”


“He developed cutting edge software that lets IT staff in a business see all of their processes in one place and measures how well each of their systems are working at one time.”


Lindsey doubted she did, but chose not to go there. “It’s pretty complex.”


Retaking her seat, Rita beckoned for the slick booklet Anne handed over then spread it carefully on the table in front of her. Fingers tipped with perfectly shaped artificial nails polished a bright shiny red smoothed over the glossy pages. “Why read some boring write up when there’s so much eye candy to enjoy?”


Lindsey circled the stem of her wine glass with suddenly unsteady fingers. The white gold liquid swirled and winked as she brought it to her mouth. Did this friend have a direct line to my thoughts?


She’d skimmed the four page spread when Rita first brought it to her attention, looked at the pictures. In addition to the cover, the eye candy referred to consisted of two other decent sized photos. One was a head to wing tips shot of her boss in a well cut business suit, dress shirt and tie standing on the steps of the New York Stock Exchange. The other was of a man in action variety. No tie in sight, navy checkered sport shirt opened at the neck—two buttons down—and sleeves rolled up to his elbows. With jeans rather than dress slacks riding beneath his belt.


The way Lindsey was used to seeing him. How, she knew for a fact, he preferred to dress.


She took a larger than necessary swig of wine. Suppressing a small cough, she lowered her chin and winced. The potent liquid burned a narrow trajectory down her throat to the center of her chest before dribbling in a warm stream to her stomach.


“A man’s man.” Rita glanced up at her two friends then back at Dan.


The yearning in her tone ran across Lindsey’s third nerve like those fingernails of hers dragged down a chalk board. Teeth gritted, she scolded herself for the insensitivity. With the looks to back it up, her friend was a notorious flirt. One reason—probably the main reason—men rarely took her seriously. Also no doubt why the woman who maintained a full social calendar man wise, hadn’t had a steady boyfriend in the entire time Lindsey had known her.


Regardless, given the nature of the comment she figured some response was required. “I wouldn’t necessarily say that.”


Rita tore a speculative gaze away from the magazine to glance up at her again. “No. It’s the caption under the picture.”


Fighting for casual, Lindsey set down her wine. “Seems a tad chauvinistic.”


“Man’s man.” Rita emitted a deep scoff that ended on a chuckle of pure evil. “What a bunch of crap. With those come to mama looks and that hard, tight body. He’s hands down a woman’s man.” Her hovering fingers twitched. “And would this woman love to get her hands on him.”
***** 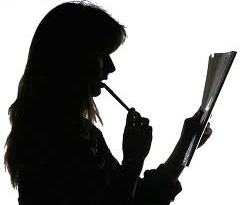 More to come...
My days to blog here are the 11th and 23rd. For more about me and my stories, please visit my WEBSITE

Email ThisBlogThis!Share to TwitterShare to FacebookShare to Pinterest
Labels: A Lucky 7 Anthology, All In For Love, boxed set, For Money Or Love, Margo Hoornstra; The Roses of Prose; Where Romance Is Never Out of Season

Congratulations, Margo! That is exciting news, and a great concept. Loved the excerpt and all the techie talk.

“He developed cutting edge software that lets IT staff in a business see all of their processes in one place and measures how well each of their systems are working at one time.”

Thanks, Leah. As it turns out, I gave birth to a techie. Kind of the way our conversations go too.

Margo, congrats on your anthology! Sounds like lots of fun, both the opportunity and your own contribution. Techies have/need some soft in their life, and I don't mean software;-0...so I have hope these two will will welcome some frivolity.

I'm glad this story found a good home. Keeping my fingers crossed the box set will be a huuuuge success!

After reading your most excellent excerpt, I'm taking a sledgehammer to my current WIP. Well done, Margo. Love the descriptions. I'm thrilled you've reached another goal in your writing career. Yay you!

Yep, Jannine, finally. Thanks for the good wishes.

Yeow, Vonnie, I'm both flattered and humbled. Thank you. Oh, and, don't hurt your wip. I have a feeling it's plenty entertaining!

Love this!! And, I'm so excited to be a part of this fun anthology with you. Excellent excerpt and blurb!

Thanks, Ally. I am proud of this one too. So glad you joined the Lucky 7s!