THE EXCITING CONCLUSION WILL BE RELEASED LATER THIS YEAR 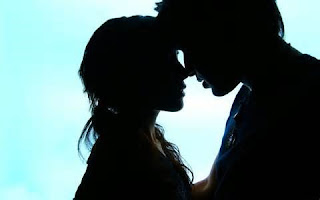 The 4th book and exciting conclusion to The Blautsaugers of Amber Heights series is in the hands of my editor. We are tentatively planning on a summer or fall release.

Cold-Hearted Vampire features the eldest daughter, Dr. Blautsauger, and Michaela might well be the most misunderstood member of the family. She was born during an age when girls were considered their father's property until marriage. After that they were legally designated as their husband's chattel. No wonder she chafed against such restrictions. Even as a young she-vamp, she realizes her only way out is to never marry. To make sure her independence is complete she also knows she has to find a way to earn her own income.

Almost three hundred years later, her kick-ass and take names attitude hasn't changed. Against her father's wishes she's still unmarried and has earned her medical decree. For the last fifty plus years she's worked as a physician and scientist. Her most cherished desire is to formulate the perfect synthetic blood. One which will release vampires from their dependence on humans.

Unfortunately, she hit a snag while attempting to reach her goal. She needs an artificial molecule. A liposome base sturdy enough to transport all the necessary nutrients throughout the circulatory system. Plant fructans might be the answer and provide a workable foundation. If she can only find the right plant.

At that exact moment she hears about a rare plant
that might be just perfect but there's a problem. The
ch'ich pak' or blood plant only grows near a sacred
cenote in the Yucatan jungle which is deep within the
belly of enemy territory. And the Toltecs would love
to get their hands on a Nosferatu. Especially a Blautsauger.
She goes anyway, even knowing she might be walking
into a trap.

Human Detective Seth Whitehead has had his suspicions
about the Blautsauger family. In particular the coldly aloof
but enticing Dr. Michaela Blautsauger. Even as he finds
himself drawn to her, he knows she is hiding secrets.
Knowledge that might help him apprehend the serial
killer he's been hunting.

Following her to Mexico turns into a race against time.
As they swim in the cool waters of the cenote and accept
their intense attraction. Seth knows danger is looming.
The Toltecs know she is there and they are hunting for
her. If he can't get her out of the jungle before the
Toltecs find them it will be certain death for both
of them. 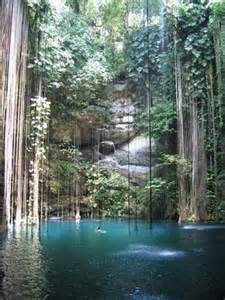 Start at the very beginning of the saga with IT'S
A WONDERFUL UNDEAD LIFE. What happens
when you pray for an angel and get a vampire
instead? Cailey Kantor is going to find out with
a little help from Gabe Blautsauger.

Next is A VAMPIRE IN THE SCRYING GLASS. The


beautiful genius, Morgan Maguire, hides a
supernatural secret from the world. Rafe
Blautsauger fights his attraction to the human
woman but forces conspire against them.

The third installment is A VAMPIRE TO
BE RECKONED WITH. Metta Blautsauger
has been fighting pre-conceived notions all
her life. Her family considers her to be a
ditz. The rest of the vampire community
believes she's a good-natured simpleton.

In reality she used to be an agent with
Orcus, a shadow vampire organization.
She returned home after an operation
gone went sour but she hasn't been idle.
Unbeknownst to all but a small group
of human ministers, she's gone rogue.
She's hunting human traffickers without
official Orcus sanction even knowing
the penalty is a stake through her heart.

Lucas O'Cuinn, her former trainer and love,
has been sent to reel her in. He's headed
her way but with an agenda all his own.

Check out my new website at remullins.com and keep up with what I'm currently working on.

Very intriguing, and exciting. Best of luck as your series continues.

Sounds like a great series, R.E.! Congratulations on getting the latest to your editor...that's a relief, right? Wishing you much success!

Exciting premise. Wishing you much success.

Sounds like a complex, interesting plot. Congrats on getting it finished!

What fun, R.E. Best of luck with your new release! Great premise to have the heroine try to find a blood substitute. I can see you've done some research...to add plausibility to a wild tale.

Quite a series! Good luck on your latest.

Good luck with your intriguing series. I'm sure it'll be fabulous.

Thank you for all the kind words. I had some trouble getting text next to the pictures (instead of only above or below) and some other problems. A big shout out of thanks to Jannine for correcting my formatting!!!!!