I'm a large woman. You wouldn't think I could get lost. But I did. Somewhere in 2016, or perhaps earlier, I lost myself. Or rather my ability to write like me. Sounds dramatic, doesn't it? Imagine the newspaper headlines: "Great-grandmother Disappears Inside Laptop."

But who reads the newspapers anymore?

The fact remains, a Big Five publisher I was uber thrilled to be with and an editor I thought I adored sucked the writer out of me. 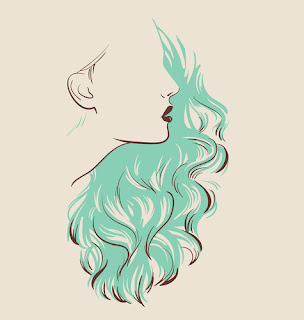 Frankly, there wasn't a whole lot left in my head. I mean the body remained, but we don't need to go there. The writer Vonnie Davis was in a major case of doubt. I'd gone from two publishers who barely had me make edits on my writing to one who pulled out my eyelashes one-by-one. With each book, their demands got worse.

No secondary characters, except in a brief mention.

Use filter words and feels so the readers wouldn't have to think. I should tell them when they should feel anger, otherwise they wouldn't know.

Tell, don't show because readers don't get it otherwise. I nearly choked on my coffee.

Sex soon and often. Call a body part what it is. No cute or outdated euphemisms.

All of this involved changing my voice, the way I wrote, the way my stories flowed. I was writing crap and knew it. I argued. And was quickly reminded I was under contract. I shed a lot of tears for the writer I once was, because I was ashamed of the altered version I was forced to become.

It was an emotionally rough journey no writer should have to make. Yes, we all need editing, direction, suggestions, but not lobotomies to our writing voices. Now I'm in a sinking state. I flounder at every stroke of swimming for the shore of ME. What if I can't find myself again? 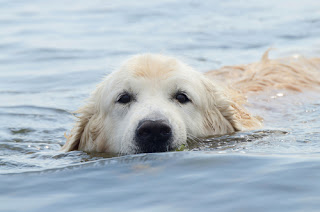 So my New Year's resolution is simple. "Finding Nemo" is passé. I'm finding me again, writing every day until my voice returns, until the words flow in the style of Vonnie Davis. It's been a long journey thus far and there appears to be an uphill march ahead.

You'd think it would be simple. Right? Just do it. But as CP's read my work, they're asking me where I've gone. They're telling me to do things I haven't been allowed to do in years. No wonder some of my reviews are so bad. I'm going back to square one, learning all over again...at the age of 68 with 19 books published.

I don't mean to sound whiny. Call it frustrated. I thought once I'd made it to that level, I'd be doing well. Guess who had a cruel lesson to learn.

For those of you who write, hang tight to your writer identity. Don't do as I did and assume because these editors work for the biggest publisher in the world, they are the "be all and end all" in editorial knowledge. Their eyes are on the market, the bottom line, the big buck--not quality writing. Be true to yourself.

I had to learn to do that. I had to learn to risk breach of contract and simply say, "No. I'm not writing like that. I can't." Now I'm trying to undo the damage and bad habits I picked up while being one of their writers. But then, a writer's learning curve is continual, isn't it? Read more about me at www.vonniedavis.com

Email ThisBlogThis!Share to TwitterShare to FacebookShare to Pinterest
Labels: creative writing, deposit images and photos, finding your voice, Vonnie Davis, writing for yourself

INSPIRATIONAL. You go, Girl. The real Vonnie Davis is already coming out! Thanks for sharing. I needed that.

I needed it, too, Vonnie! Hang in there. Your real voice will return, and it will be natural, and funny and witty, just like you are. As for your "Big 5" editors, if I pick up one of those books that tell me when to be angry and all that, I'll put it down. There's still a whole generation of readers who actually enjoy suspense and complex plots and secondary characters--mixed with humor and sex as the story calls for it. Good for you for getting yourself out of a miserable situation and making it right--for yourself.

Vonnie, I have complete faith in you! Thanks for sharing.

You are one strong woman. Way to stand up for yourself! I did that with my very first book with Lyrical. When my editor wanted me to change a pivotal secondary character to be more likable, I said no. My agent at the time nearly had a stroke. But my editor backed off, and we got along fine after that. Today I send the first book in my new series off to my new editor at Kensington. I'll admit I'm terrified. Hopefully, all will go well, but I'll take a page from your book and stand up for myself if I have to! A timely post for me, Vonnie. And don't worry. You've got this!

Vonnie, I'm a lover of makeovers of the lawn redo, house remodel, new wardrobe/hairdo type. I've never thought of a writing makeover! This will be fun...I can't wait to see it, especially once the dust clears! See, why I'm confident is you know exactly what you don't like in your forced craft...that means you'll know exactly what direction to go in your work. I'm not saying it will be easy, but you'll be free and confident as you go there. Plus, you've nipped senescence in the bud...hell, you're a young writer, again! I'm cheering you on!

Thank you, Margo. To tell me I couldn't use humor in my writing was like cutting off both of my arms for I embrace humor. Calvin and I do a lot of laughing in this house.

Oh Leah, I love a complicated plot, too. Make me think! Make me try to figure things out! Work my mind. And please use a word or two I have to look up so I can expand my vocabulary. Reading should be about learning, too.

Angela, you are always so supportive. Thanks, hon.

You lived the life most of us strive to attain. And it wasn't what we imagine. I know you'll find your mojo and we're all behind you. Meanwhile, because you shared, those of us who haven't signed with a biggie can soothe ourselves in knowing it ain't always cracked up to be what we might think it is. Not to say it can't be. But still...maybe we're doing okay. Thanks for sharing.

Oh Jannine, having the same ex-agent, I can only imagine the sputtering and commanding. She, too, has an excess of rigid rules and yet never wants to help her authors. I'm getting my writerly strength back with Calvin's help. He is such s strong support and held me up as I was falling apart over the loss of me.

Ah...music to my ears, Rolynn...a young writer again. I hadn't thought of it that way. I was just looking for the old me. Well, I did just have my color lifted from my hair and a lighter shade put in. How's that for a start?

Truer words were never spoken, Brenda. I feel my time with them gained me a wider audience, but also garnered me poorer reviews and a loss of self. If your book didn't sell 20,000 copies its first week out, it was a flop. Mine have sold over that amount, but over a year...LOL...I'm slow at everything, Brenda. I'll never be an overnight success or a one week wonder. I just want to write like me.

I'm with you, Vonnie. I gotta be meeeeee!

I'm so sorry for your ordeal, Vonnie. I hope your re-discovery process is quick, smooth, and doubly rewarding. You deserve it, and readers deserve the "real" you again!

Thank you, Alison. I don't know what version of me they'll get but I'm starting to enjoy the creative process again. We'll see if anyone else does.

Brenda...we have to be ourselves. Believe me, writing like someone else is the pits.

What a year you've had, Vonnie. Your writing voice and Calvin's illness. Wow. You did right to get out of that situation. Nothing is worth writing what isn't you. You will find yourself. You're too resilient to hold down. Hugs.

Thank you for the honest and heartfelt post, Vonnie. For those authors who think the ONLY goal worth reaching is to make it in with the Big 5, this is an excellent article. Being 'owned' by a big publisher isn't always what it's cracked up to be. I love writing, but I would not enjoy it if someone was controlling me like that. Good for you, it was very brave to remove yourself from their hold. I have faith you will find your beautiful, humorous voice again. After all, it's YOU. Just relax, don't put too much pressure on yourself, and let the story flow from you. Maybe go back and read some of the earlier stories you wrote, the ones you love. (You've probably already thought of that :)). Hugs and best wishes!