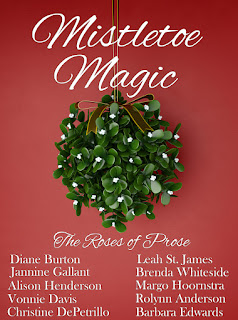 Thanks so much for reading part 1 of my story. I hope you're enjoying the pickle Tessa has gotten herself into. Please stop by tomorrow for the next chapter.
Leah
www.leahstjames.com
Posted by Leah St. James at 12:05 AM

Great start to another great story, Leah. Well done! Can't wait to read what Matthew does next.

Thanks, Margo! These are fun to write.

Thanks, Rolynn! I have a couple "oldest, best" friends and love how you can be yourself with them. :-)

Oh, I'll bet he doesn't forget what she said. Sammi is so funny. A perfect foil to Tessa. I can see why they're friends.

This is great, Leah. And my high school french was up to the challenge. Except baiser. I looked it up because I didn't remember it meaning to kiss. Hilarious!

This is so much fun! Can't wait to read on.

Ah, yes--the old baiser confusion. I know it well. Great start--looking forward to the next installment.

Jannine and Andi - I actually heard about this word confusion from a friend (a poet) via Twitter. I thought what a great tidbit to use in a story! Our mistletoe stories seemed a perfect fit. I had to look up some translations as well. (My own French skills have rusted even more than Tessa's!)

Thanks, Diane and Brenda! My usual writing style is more serious (darker, tending toward gritty and emotional), so I enjoy stretching myself to go lighter. (My biggest challenge there is to NOT go totally goof-ball, which is more in line with my personality!) :-)

Two of my favorite things!! Paris and James Bond. And "Whatta Man" isn't bad either. What a delightful start to a story. I'm sure Sam is off somewhere, chuckling and shaking his head.

I'm with you on Paris and James Bond, Vonnie...although I've never experienced either personally. :-) Thanks for reading!

It's soooo good to read your stuff again, Leah. Really enjoyed this. Love that you're able to throw in the FBI in such a short read. :) Can't wait for Part Dieux! (I have no idea if I'm even close to the French word for two... :))

Any time you can work Salt N Pepa into a story, it's a win! Nice start!

When the song popped into my head, Chris, I took a break from the story for a few minutes to check out the video on YouTube. Love that song. :-)

OMG, I love it! Christmas in Paris, complete with a botched proposition and a gorgeous FBI agent. Perfect!