Recently I read an article, “It’s Not Cute to be Scared,” in the February 21, 2016 Sunday edition of the New York Times.  Writer Caroline Paul, a firefighter, had a beef: Girls are primed to be afraid; boys are prodded to face their fears.  End result: girls turn into women who exhibit ‘deference and timid decision making,’ when they face challenging situations.  Paul cites studies where boys are encouraged to take risks, while girls are warned away from difficult physical tasks.

This explains how many women reacted to my 25 years as co-captain on two big boats my husband and I owned.  Men were jealous of the experience; women usually cringed.  They asked me: “Aren’t you scared?”  They never asked my husband the same question.

At no time in our quarter of a century cruising the Inside Passage (sometimes as far as from Washington’s north coast all the way to Alaska anbd back), were we ever reckless.  Did bad seas, wind, current, debris, whales, and boat malfunctions challenge us?  You bet.  Was I frightened at times when we encountered unforeseen challenges?  Of course.  But why would some women ask me if boating scared me when they never asked the same question of my husband?

Listen.  I grew up side by side with the feminist movement.  Gloria Steinem is older than I am, but I consider her an icon, a mover and shaker in the women’s movement.  My parents, however, weren’t privy to Steinem’s exhortation for parents to treat boys and girls the same way.  Luckily, I grew up in a period when parents left us alone to experience life; my upbringing was probably more 'free range' than I see child-raising today.

In this helicopter parent age, are girls and boys challenged equally?  When you read  Gever Tulley's “50 Dangerous Things You Should Let Your Children Do,” are you translating inclusion of all genders in the equation?

This makes me want to ask: Were you, as a female, told by parents, teachers and friends, to be careful all the time?  Were your brothers/male friends cautioned in the same way?  Did you grow up scared?  Were you ever given the idea that being afraid was 'cute'?  I'd love to hear about your experience.

All this being said about 'nurturing fear into boys vs girls,' some children are actually born as high anxious beings.  This concept comes into play in FEAR LAND.

Here’s the blurb and the buy sites.


Tally Rosella, an acclaimed psychiatrist who helps children fraught with anxiety, avoids adults because their brains rant at her.  But the chance to start a second child study and connect her findings to PTSD, sets her squarely among devious colleagues at a big California university. 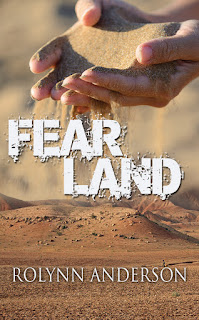 My dad was always cautioning my sister & I do be careful, not to do "dangerous" things. Not so with my brothers. And, boy, did they ever do dangerous stuff. I tried to raise my children equally. I worried about my daughter more (silently or to Hubs) than I did my son. But I still worried about him. I didn't want my kids to grow up the way I did.

I loved Fear Land. Gave me insights into PTS (I remembered to leave off the "D").

Good for you, Diane! How amazing that you broke the chain of fear. And thanks so much for your kind comments about Fear Land (and for leaving off the 'D'). You are a close reader with a fine memory :-)

My mom definitely thinks being afraid, helpless, etc. is cute. At 85 she still says things that translates look at me aren't I cute because I'm afraid? I tried to rebel. I tried to ignore her. I came out of it better than my sister, but I think if you hear "be careful" enough it messes with your head anyway. I didn't get to have a girl, but I sure as heck kept all my fears unspoken to my son. It's not easy to not repeat those words!

I heard those warnings, too. I've also heard that men love rescuing a woman in trouble. It makes them feel manly and all that. Some authors write romances on that theme: Strong man rescues weak woman. I try not to make my heroines dumb or weak, but that old theme from years and years of reading romances niggles at my brain. I have to fight it and make sure I present my heroines as equally strong, smart, and stubborn as the males.

Hi Rolynn, thanks for a great post! I can identify with a lot of what is being discussed. We are 4 girls in my family and 3 boys, and the girls were very much cautioned against taking risks (of any kind). I particularly remember turning 25 and having relied by poor public transportation for 8 years, I decided to buy myself a car. Very small and like fifth-hand, but before I bought it, my mother thought I was crazy. When I moved in with my very steady boyfriend (now husband) at age 27, the first thing she said wasn't 'congratulations, aren't you a great couple!' it was 'what does HE say about this?' Well, after I release him from my death-like predatory grip, he might tell you himself that he is delighted… ;-)

ah the times, they are a changing! Raising two boys and both I and their dad strive to not allow discrimination enter their little heads. So impressionable.

Ha, forgive me for leaving a second comment, hope this will make you smile (or scream!). This happened me just lately. I was starting my car in a small little car park on the edge of town, so a low speed limit and very few cars. I needed to reverse back over an empty lane, and keep reversing up a little hill, stick her in drive, and move on down the road (hard to explain that one). Anyway, there's a guy briskly walking his dog on the footpath, and as I start reversing, he comes to a complete standstill, dog pulling his worried owner while the guy watches me for the 20 seconds it takes me to do the maneuver.

Honest to goodness, I felt like stopping and saying 'are you for real?' Maybe complete strangers need to see a woman's drivers license before they'll believe she can reverse up a hill ;-)

I don't remember being told to be careful any more than my brother was. I raised my girls to feel they can do anything. Helpless and afraid isn't cute. Not by a long shot!

I was told to be more careful than my brother EVER was. Although my mother did impress upon me (true or not) that I was intelligent and could accomplish whatever I wanted in that sense. Raising two boys and two girls, I too tried sooo hard to break that particular chain.

Brenda, good for you for understanding your mom's behavior wasn't something you wanted to continue...but you're right, those Ooh Eeek moments - woman running from spider or mouse...they stay in our memories!

Vonnie, you are absolutely right...that script keeps circling in our head as well...if they rescue us, they pass some sort of a test. Weird, huh?

Nikki, I loved your stories. When I was at the helm of our boat, men were flabbergasted. What? I can handle a chain saw easily...more big eyes from men. Glad you took the reins, Nikki!

Jannine, you had a lucky upbringing and the right attitude toward child raising...which means your books are balanced. Yay!

I can see both sides of this. I do believe that sometimes people try to make girls into wimps, and some girls do try to act helpless in order to get attention, but I think that there are times when it only makes sense to note a difference in the genders.

I was raised in a rather conservative, old-fashioned home, but I don't feel my parents encouraged me to be afraid. They had 5 girls and 1 boy, and they were protective of all of us to a degree. Although, when us girls were out alone until 3 a.m., they did worry a little more than they did when my brother, who was a big, strong, tough guy and a mechanic, was also out alone until 3 a.m. I don't think they doubted our intelligence or thought it was cute to be afraid, but they knew that if a car broke down, not only were us girls more likely to be victimized, but we wouldn't be able to fix the car, whereas my brother might be.

I was never a scared child. As a matter of fact, I was a little too brave and often did foolhardy things that neither girls NOR boys should do. :) I have two girls and one boy and I caution them equally to be careful. It's just in my nature. As if my saying 'be careful' is going to prevent them from having an accident or getting mugged. Oh well, I'd probably feel guilty if it happened and I hadn't said it. :)

I also try to make sure my heroines are tough and independent. I think that there is room for both sexes to come to the rescue of the other, depending on who has the means and opportunity to do so. And, I acknowledge that there are things that men are naturally better at, but also things that women are naturally better at. I also acknowledge there are exceptions to those rules.

Rolynn, how cool that you captained a boat. Nope, I would never think to ask you if you were scared, unless I also asked your husband. I am sure you were up to the task as well as your husband. And, yes, I can imagine that you both might have been a bit frightened at times.

You co-captained a boat? So cool! I was lucky to come of age in the late 1960s when all norms came into question, including fears. Now my fears are more money-based than anything else. Not too surprising given our society!

Margo-good for you for breaking the chain!

Alicia, your stories are wonderful. Your 3 am test is a good one. Women are smaller and physically unable to measure up to most men, especially at that time in the morning....so it makes sense to be cautious. So glad you show equity in your novels!

Ashantay, thanks for the comment about my captaining the boat...I even got a certificate for helm expertise. Money? You bet. Brilliant concept...that is the big fear of the 21st century...not having enough for as 'old' as we can get. And being afraid about money (the lack thereof) ain't cute...it's a truth!

So sorry to be late (again), but boy are you preaching to me, Rolynn. My mother was a terrible worrier, and so are my sister and I. Luckily we haven't quite reached Mom's level of neurotic, but we're pretty bad. Even better, I managed to not pass than tendency on to my sons. Looking back (waaaay back), I think I consciously tried to curb my tendencies around them, but it wasn't because of their gender, it was because I didn't want them to grow to be ... uh, neurotic. I don't have daughters, so I can't say for sure! Great post. Good for you for captaining your ship. :-)