Hot Topics -- Life, Liberty and the Pursuit of Happiness... by Jannine Gallant

I never do political, simply because I'm in the business of selling books, and I don't want to piss people off. But, the Fourth of July is fast approaching...so I'm going to say what I think about Independence. Also, please note these are my opinions and not necessarily opinions held by my fellow Roses. 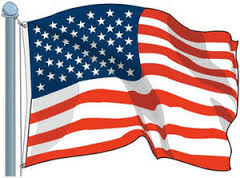 "We hold these truths to be self-evident, that all men are created equal, that they are endowed by their Creator with certain unalienable Rights, that among these are Life, Liberty and the pursuit of Happiness." I'm, of course, quoting the Declaration of Independence. This is what our forefathers based our government on. This is what we should all be living by. So, here I go, jumping into the two hot topics of the day.

1) The uproar over the Confederate Flag and all things glorifying the Old South. Honest to God, I never gave this any thought before the proverbial poop hit the fan. I sighed over Gone With the Wind and found it very romantic. I think most people do. That's the problem. We're romanticizing something that was anything but. An entire way of life was built on slavery. What about the right to Liberty mentioned above? I was a history major. I fully realize the Civil War was fought over many things, not the least of which was economics. 150 years ago people had vastly different perceptions of just who was equal to whom. Most of us are smart enough to have progressed. But certainly not all. So, what does the Confederate Battle Flag represent? If you believe what you see posted all over Facebook, many of those in the south are of the opinion it represents their heritage. The group espousing black rights feels it represents oppression of an entire race. I agree with both points. That flag flew in a fight to preserve a way of life that included slavery. So, should people be allowed to fly that flag today? Everyone has the right to the pursuit of happiness in their own private space. So, I guess that means flying whatever flag you want over your home since I'm all about individual freedoms. If you have the poor taste to fly the Nazi flag in your yard, or you choose to fly a Confederate flag or a rainbow flag or a skull & crossbones, that's your business. You should be able to do what you want if you aren't harming anyone, even if people find your actions offensive... But you should also have the common sense to realize that what you do says a lot about your beliefs, and your actions do affect others. People like the crazy-ass bastard who killed nine innocent people because he felt those 150 year old traditions were right and should be followed today feed off these symbols. Do I think the Confederate flag should fly over a government building. Hell no! Do we fly the British flag over the White House? No state government should proclaim by their actions they follow the tenants represented by anything but our current law of the land. What about all those statues dedicated to Southern Civil War heroes. I'm torn here. I respect history. I respect art. I think the people freaking out and acting like we're trying to erase history and cover up the Civil War by taking down statues have lost it. The call to take down statues isn't about hiding our past. It's about not glorifying a war fought to preserve slavery. Do I think all the men who fought for succession were evil? Of course not. I think they were raised to believe something they never questioned. Were they wrong in their thinking? Hell, yes! Do those statues have a place on public property? Maybe not, but my love of history and art would hate to see them go. I see them as art not a rallying cry, but maybe that's just me. As for Gone With the Wind, it's a work of fiction. We don't burn books. You can write about whatever you want. But maybe I won't think the book is quite so romantic anymore... 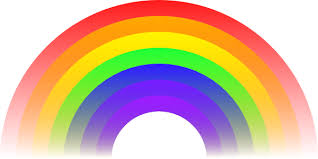 2) The Supreme Court's decision to legalize gay marriage. I don't even understand why this is an issue. Hello, people, we all have the right to pursuit of happiness. Just because a person believes marriage is between a man and a woman for moral or religious reasons doesn't mean they get to force those beliefs on someone else! Good God, our country was built on religious freedom. Our country is supposed to be based on the opposite of religious persecution. And telling a whole segment of the population what they can and can't do because it goes against your religious beliefs is just that: religious persecution. Our country is based on separation of church and state. One has no business infringing on the other. Call your beliefs what you want: Christian, old-fashioned, traditional, whatever. Live your life the way you want to live it holding any belief you choose near and dear to your heart. That's your right as an American. But let everyone else live their lives the way they choose, too. Discrimination is not okay. As long as you aren't hurting someone with your actions, you are allowed your own personal pursuit of happiness.

So, maybe some people's sensibilities are offended by our individual rights to life, liberty and the pursuit of happiness. But we each have those rights. We can each express who we are and what we believe. Be true to yourself...but don't try to force your beliefs on others. I'll get off my soapbox now. I hope you all have a happy Fourth of July as we remember the liberties our forefathers fought to preserve.

Email ThisBlogThis!Share to TwitterShare to FacebookShare to Pinterest
Labels: Confederate flag, Declaration of Independence, Fourth of July, gay marriage, Independence, Jannine Gallant, The Roses of Prose Where Romance is Never Out of Season

Excellent work, Jannine. I'll bet you're feeling better with your thoughts down on paper perfectly. I certainly am! Now, I lived in the South when I was a teenager (my Dad was an Army officer posted to Fort Benning) in the 60's. Never, and I mean NEVER have I lived in a place more alien (and I lived in Germany, Japan and Korea along with many states in the USA). I'm all for taking the Confederate flags AND the statues down, but I don't know what it's going to take to change the thinking of so many southerners!

So many people (and not just in the South) want time to stand still. There's nothing wrong with remembering the good old days (which probably weren't so good, in all reality) but time does march on. People need to recognize that change is good. We are a progressive nation. And you're right, until the mindset changes, taking down symbols won't help a whole lot.

Freedom is freedom. Period. I agree, well said. My junior high civics teacher explained it this way. You are free to stand in an empty field with your arms out, spinning in circles as long as you care to. Until the tip of your finger touches the tip of someone else's nose. However, we are all in this together, aren't we?

What a great perspective your teacher had! And he is so exactly right. We are free to do as we wish as long as we don't impact someone else. BUT, our actions do affect others in many ways. It pays to remember that!

You're a brave woman. I never post anything political, either, and for the same reasons. But that doesn't mean I don't have strong opinions. I agree with you on every count. OG thinks the country has become so polarized it's going to break up in our children's lifetimes. I hope not, but some days it seems that reason is one of the things "Gone With the Wind".

So true, Alison. So many people just react emotionally to every issue out there without stopping to use reason or common sense. The polarized sized have been indoctrinated to immediately dismiss anything suggested by the other side. No thought goes into it what-so-ever. No attempt to find common ground. I fear OG may be right. Will we have two countries, one red and one blue, with brother again splintering apart from brother? A crazy, sad thought.

I'm with you, Jannine. It wasn't until I moved south, after growing up and raising my family in the north, that I understood the fierceness of Southern Pride. I think people have a right to fly any flag they want on their property, but they should understand that their symbol of pride also represents a symbol of hate to others--not just for the past, but for the present. (Spend some time answering a newsroom phone line like I do each day, and you'll become quickly acquainted with the bigoted people in your community.)

I also agree that we should take down the "Confederate" flag flying over government facilities. (Your point about not flying the British Union Jack is a perfect comparison!) But to destroy the art and literature of the time is ignorant. Erasing symbols of our past does nothing to help us move forward.

I'm with you and Alison's OG too. The loudest hard-liners on the left and right sides of the political spectrum are controlling the middle, which is where I think most of the country falls. Compromise, which is what our forefathers did in crafting those founding documents, is gone. It's sad.

Thank you for sharing your thoughts on what our independence should stand for.

Thanks for your comments, Leah. Unfortunately it's always the extreme opinions we hear. Maybe the middle ground should start speaking out for coming sense.

Excellent post, Jannine. Sorry I'm late in posting. I, too, avoid hot topics (esp. religion and politics) even though I feel strongly about certain issues. Live and let live is my belief, as long as it doesn't infringe on my (or anyone else's) freedoms. Happy belated 4th.