Does Your Book Write Itself? by Jannine Gallant 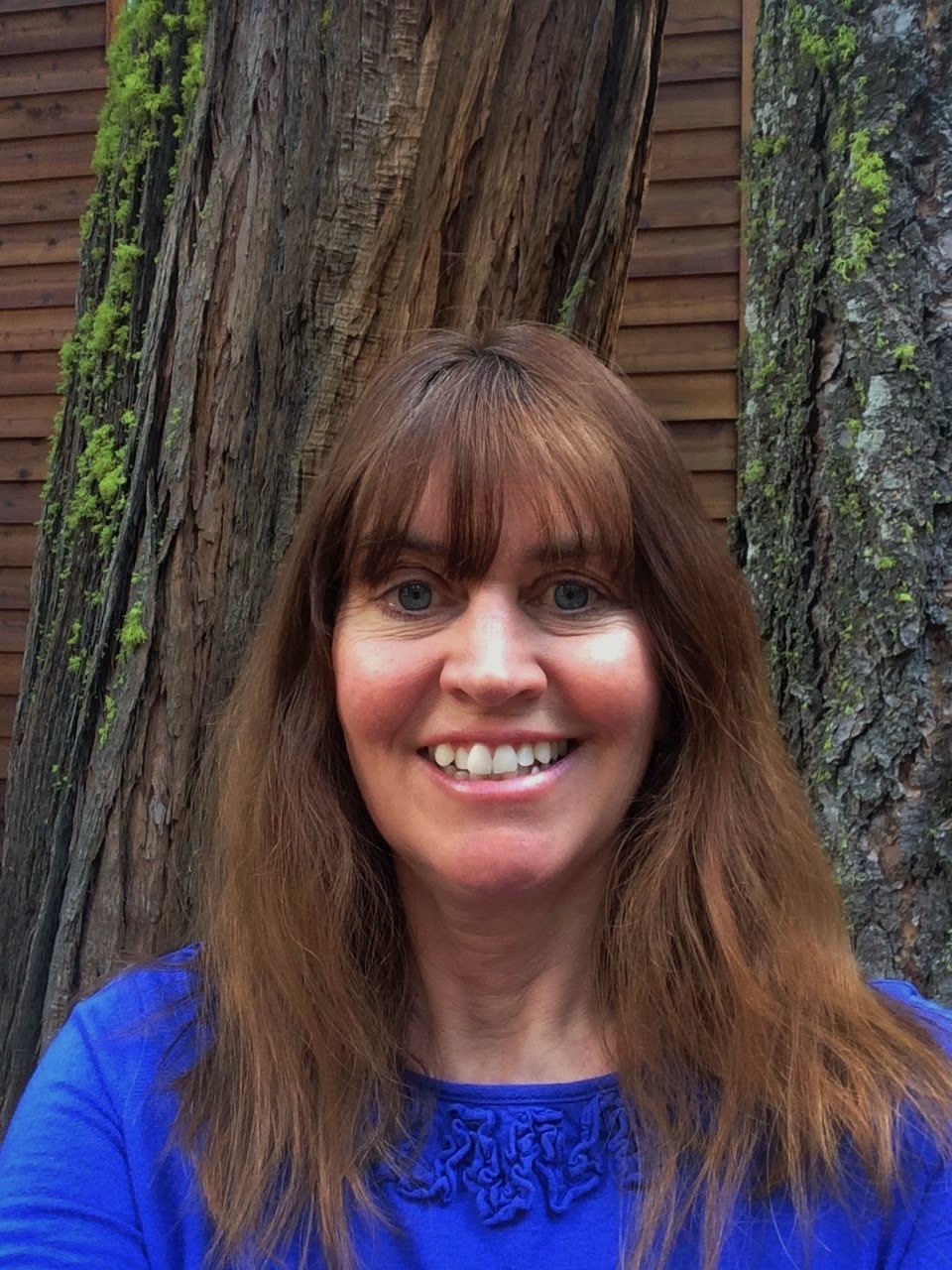 From the title of my post, I bet you thought I was going to talk about perseverance and keeping your butt in your chair and your fingers on the keyboard... All very true and something we need to hear now and then, but not today's topic.

I'm afraid I'm becoming more and more of a panster. My outlines (now only written in my head) are getting thinner and thinner. Scary. Very scary. I like knowing where I'm headed. I've always liked having an outline to refer to when my fingers hover over the keyboard, not sure what to type next. But after writing over a dozen books, I have the basic format nailed and no longer want to waste what little spare time I have on outlines. So, I'm winging it.

Here's an example of my current (in my head until now) WIP outline:

Part One: Rafting trip where characters are introduced and suspicious incidents start happening. Three suspects are given opportunity. Hero and heroine form a bond but both know a serious relationship isn't in the works due to their differences.

Part Two: Hero and heroine go their separate ways. Heroine pulls back, and hero throws up his hands in disgust at her unwillingness to try.

Part Three: H & H are forced back together on their way to an engagement party of mutual friends/family. Plane crashes as a result of the bad guy up to no good again. (Main suspect is eliminated.) The attraction as they battle through the wilderness is back in full force.

Part Four: At the party, the bad guy is finally revealed after the heroine is put in danger. Wrap up the romance.

Uh, even I will admit this is pretty sketchy. Especially the ending that is still extremely hazy in my cluttered little brain. So, part one is written and didn't turn out half bad, if I do say so myself! On to part two, except as I started writing the scene where the H & H go their separate ways, the hero invited himself home with the heroine. Not just to her apartment in Washington DC, to her parents' home in Vermont! WTH! That wasn't supposed to happen! Except I couldn't stop my fingers from tapping out this new twist. Uh, let's hope they know where this is going since I don't have a clue. My characters are now in charge, writing their own story.

Does this happen to you? Do your characters stage a rebellion and take over your story, dragging you along for the ride? Have I lost my mind because I'm allowing this uprising to take place? Hey, at least now I'm excited to write the story since I'm dying to see what happens next. So, one positive note to being a panster is it keeps you motivated to write...even if it is morbid curiosity driving you! 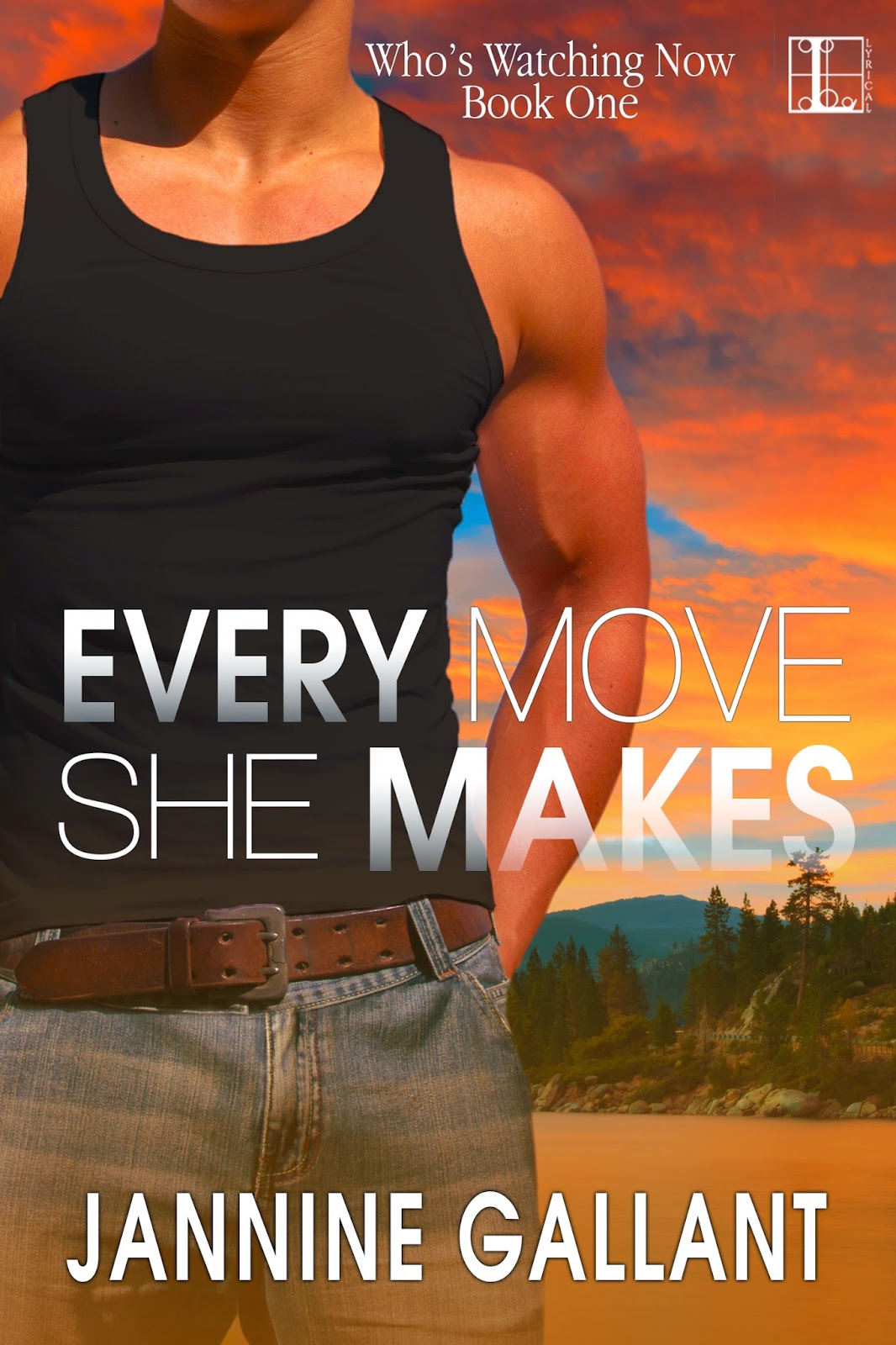 And now for a bit of promo... EVERY MOVE SHE MAKES is on sale this month for only 99 CENTS. Grab a copy and read it while it's such a bargain. I estimate you'll have time to push it to the top of your TBR pile and finished reading it just in time to pick up the second book in the series, out the beginning of July. I bet you didn't know this was your new reading plan for this spring, but since it seems like such a good one, I encourage you to be a panster and go for it! LOL

Buy it from Amazon, Barnes & Noble, Kobo, or iTunes.
Find out more about my books on my Website.

Email ThisBlogThis!Share to TwitterShare to FacebookShare to Pinterest
Labels: 99 Cent Book Sale, Every Move She Makes, Jannine Gallant, panster, The Roses of Prose Where Romance is Never Out of Season

I love your outline (because I don't have to try to work from it). I write more detailed outlines than that for short stories! I also love that it tricked you. LOL. Best of luck with your sale and the upcoming release.

Thanks, Alison. I used to write pages of outline complete with bits of dialogue. That turned into a single paragraph per chapter, which shrank to one sentence per chapter, which morphed into the miss-mash mess currently in my head!

Your outline is a lot more detailed than mine, Jannine. LOL If I wrote a detailed outline, I wouldn't write the book because I already told the story.

I'm with Diane. I start with a concept and am surprised every day with what I write. I wake up every morning wondering where my plot/characters will take me. That's the fun of it!

Jannine, thanks for the 99 cent offer. I just bought your book; can't wait to read it!

Diane, good to know I'm not the only one winging it!

Rolynn, I hope your characters lead you on an amazing journey. Thanks, and enjoy the book!

I'm like you, Jannine, in the sense that I have to have some idea of what's going to happen next. I often start with a basic outline (like yours), but if my characters take over and change the course of the story (yes, they are a bit controlling!), I'll write down my thoughts for the next couple scenes. (Otherwise they'll be gone from my head before I sit down to write again!)

I'm reading "Every Move She Makes" now and really enjoying it!

Leah, my problem right now is I have no thoughts about where this is going. I wrote 1000 words yesterday and am still not sure what I'm doing. Today, inspiration better strike or I have a serious problem! Glad you're enjoying EMSM! Music to my ears.

Is it wrong to be gleefully pleased that you have now come over to the dark, uh, I mean the punster side? Welcome! May you enjoy your stay. Heh-heh-heh! (PS - Sorry to be late. Life and all getting in the way again!)

Haha, funny, Margo! Laughing at my confusion. Yep, 800 more words, and I'm still not sure where this is going...