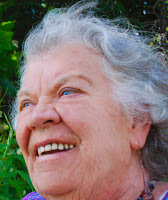 Roses and Readers, join me in welcoming Velda Brotherton as guest author today.

We think of Post Traumatic Stress Disorder, or PTSD, as something fairly new. A disorder that affects veterans of war, but wasn’t recognized as such as popularly as following the Vietnam War.  In writing the Victorian Series, I wrote Lord Blair Prescott as being controlling, withdrawn, and prone to riding the prairie all night. When I began work on Rowena's Hellion, the second in the series which would deal with him as the hero, I remembered what a fan had written regarding Blair Prescott, She said, "Velda if you can pull off why anyone would love a man like this, then I'll be surprised."

So my work was laid out for me. Why did Blair Prescott behave the way he did toward the woman he was supposed to marry? So much so that she talked an outlaw into kidnapping her to prevent the marriage. Why did he often get drunk before he could sleep?
An old friend said he had been a gentle, quiet boy growing up. Could something terrible have happened to cause this behavior? Being familiar with PTSD because of research for my earlier book, Beyond the Moon, I began to research wars in which he might have fought and found the Franco Prussian War of 1870-71 and the elite forces known as Zuoaves who fought under Napoleon III. So I sent the poor young man, a second son in a titled English family, off to war.

Since that decision and the first draft of Rowena's Hellion, I've learned a lot about the history of PTSD. For thousands of years diaries have been found that were written by soldiers and others suffering from this malady that had no name.

During the Civil War military physicians, at a loss to treat the problems, simply mustered the extreme cases out during the first three years of the war. “They were put on trains with no supervision, the name of their home town or state pinned to their tunics, others were left to wander about the countryside until they died from exposure or starvation,” wrote Richard A. Gabriel, a consultant to the Senate and House Armed Services Committees and one of the foremost chroniclers of PTSD.

Gabriel’s research tells us that in 1863 the number of insane soldiers simply wandering around was so great, there was a public outcry. Because of this, and at the urging of surgeons, the first military hospital for the insane was established in 1863. The most common diagnosis was nostalgia.

In earlier times French doctors termed the symptoms maladie du pays, and the Spanish, confronted with the same reactions among their soldiers, called it estar roto (literally, “to be broken”).

As late as World War II and the Korean War, men were not treated for the symptoms of this disorder. It was by then called battle fatigue or shell shock. Today doctors are working on treatments to help men returning from war deal with this debilitating disorder that include drugs and counseling that teaches these wounded warriors to handle their problems with the horrific memories and flashbacks. 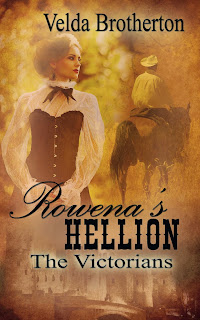 Excerpt: “I decided I was meant to be a spinster. Even thought of going into the convent, but the sisters were so mean spirited at St. Ann’s that I did not think I would enjoy that.”
“Oh, love, I cannot imagine you as a nun. Never.”
“What, you think I’m not worthy?”
“Not that at all. I think you are too full of mischief. And you enjoy the sort of loving that isn’t allowed in a convent. Truth be known, I can see where Tyra gets her—what is it the westerners call it?—orneriness.”
She punched his shoulder gently. “Is that right? I will have you know I am the picture of decorum.”
“Oh, you are?” He laughed again. “I just realized something.”
“What’s that?”
“I am actually enjoying myself. I cannot remember the last time I felt this good.”
Tears filled her eyes and she cupped his face.
“Rowena, don’t cry. What is it?”
“I want you to be happy, so much it hurts me here.” She clenched a fist over her heart, sucked in a sob. “I guess that’s what love is.”
Silence covered him like a cloak, and he stared at her. He was so frightened for her, yet so sure he needed her more than he needed to take his next breath. Took her fist in his hand, pulled it to his lips and kissed the fingers tenderly. He could not speak. Sat there gazing down at her and hanging on to her hand. She was his connection to reality.

Blurb: Loving a man damaged by war is a challenge, but Blair’s haunted eyes capture Rowena’s nurturing heart. She struggles to bring peace to this man who rides the Kansas prairie in the moonlight, wild to escape the demons who follow him from the battlefields.The woman haunts him as well, but he dare not follow his desires for fear he will hurt her.

Posted by Brenda Whiteside at 9:10 AM

Welcome, Velda. Interesting reading on what amounts to a serious and universal aftermath of war. The hero in my last book suffered from PTSD. It was emotional writing for me to be sure.

Great post, Velda. Interesting how this terrible effect of war has been categorized over the years. I'm glad we're finally beginning to recognize and treat it.

Amazing what research shows us, Velda. I have a character whose endured one too many firefights in Afghanistan. Since the civil war, the services have tried to screen out the vulnerable from combat, but it's hard to predict which men/women will suffer traumatic effects. Recent studies show that suicide rates among soldiers who went into battle are similar to those who did not enter combat...presenting an even more puzzling conundrum. Now, with neuroscience to consider, we might get to the bottom of why some are traumatized and others are not. Thanks for showing us your research and good luck with your book!

Thanks Margo, Leah and Janine for your comments. I appreciate your taking the time to read my post.

Interesting post! Its sad that so many soldiers had to suffer. So glad we at least recognize the malady today.

Very interesting. all we did was change the name to something more modern. War hurts in more ways than one. That's why we must be sure the cause is worthwhile.

Great timing on this post since it's Memorial weekend in the US. I can't imagine what soldiers face each day, but I am so thankful for their service and sacrifice.

Third try on leaving a comment. Hope it works. Wanted to thank everyone for commenting and reading my post. You might check out my books Beyond the Moon and Rowena's Hellion. Both have heroes battling the effects of PTSD and the women who love them.