Please join me in welcoming Nancy Jardine to The Roses of Prose today!

Last week, a devastating disillusionment affected my writing. Prior to the recent Scottish Referendum on Independence, I couldn’t settle to tasks. Like a butterfly momentarily hovering and pecking, then taking off to find a juicier meal, the ping of yet another Face Book entry was incredibly distracting but unlike normal, I couldn’t bear to close down the programme in case I missed something important. The anticipation of change was all-consuming, though disturbing.

The crushing disappointment came for me when the referendum results were announced. The ‘YES to an Independent Scotland’ camp was close at 45% of the vote, but not close enough. Having voted YES, I despaired of missed opportunities for the future – especially for my toddler granddaughter and grandson. I was truly heartbroken when the breakdown of voting indicated that the over 65s age group were the largest group who chose to keep the Union together – unjustifiably fearful of future changes to their state retirement pensions and fearful of upsetting the status quo they have lived under for decades. Disenchantment and crushing frustration is rife across Scotland which is equally upsetting. Promises made by the Unionist parties in the current Westminster UK government are now awaited with baited breath- since promises and agreements are too often broken very easily, and sadly often have been broken throughout history. 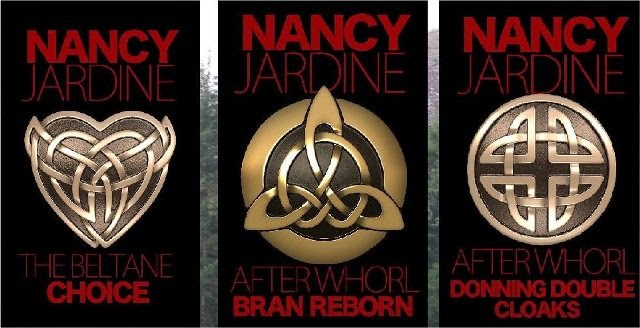 In my Celtic Fervour Series of historical romantic adventures, my warriors are devastated when their way of life is crushed by Ancient Roman infiltration of their lands - violent bloodshed a result. In Book 1, my Celtic tribes make alliances to stand together against the forces of Rome -‘Unity is strength’ a strong theme. Unfortunately, my Celtic Garrigill warrior brothers have known of too many pacts with the Roman Empire which have faltered and failed, the agreements made not honoured which eventually prompts physical, bloody battles. Newly formed romantic attachments are difficult to nurture and sustain in warlike situations, so my main characters have to overcome many conflicting factors which hamper the development of their love during such trying times.

Feeling very emotionally fragile and unable to write, I re-read parts of my series to see how successful I’d been at conveying the emotions of my characters at particular vulnerable moments in their stories, when situations they find themselves in seem insurmountable. In Book 2 - After Whorl: Bran Reborn - my main character Brennus of Garrigill finds his life is dramatically altered after a particularly bloody battle at Whorl between the Celts and the Legions of Rome. Seriously injured during the battle, he finds liberty is denied him when he eventually comes back to full consciousness … “An itch he’d not fully recognised irritated at his temple but, when he tried to lift his hand to scratch, he was unable to move his arm. Something restrained him. A second wave of fright overwhelmed.
The old woman had tied him to the cot!”
At this point in the story, Brennus has no idea if the old crone who has him restrained is a sympathetic Celt, or if she is in the pay of the Roman usurpers.

Here’s the blurb followed by an excerpt which comes just after Brennus believes he’s a prisoner, incapable of regaining his freedom.

Maybe you could tell me if I’ve hit the right balance of emotional conflict for my poor injured warrior?

…AD 71. After the battle at Whorl, Brennus of Garrigill is irrevocably changed.

Returning to Marske, Ineda finds her grandmother dead, though Brennus is not. Snared by a Roman patrol, they are marched to Witton where he is forced to labour for the Roman IX Legion.

Embracing his new identity as Bran, Brennus vows to avert Roman occupation of northernmost Brigantia. Ineda becomes his doughty spying accomplice, though sometimes she’s too impetuous. Trading with the Romans lends excellent opportunities for information gathering. Over time, Bran’s feelings for Ineda mar with his loyalty to Ineda’s father.

When she disappears, and cannot be found, Bran enters direct service with Venutius, King of the Brigantes.

“It will pain you very much, but I need to know if you see anything?”
Unable to sustain it – the intensity too searing – Brennus closed both his eyes to replenish his fortitude then attempted to open only the right eye. The brilliance stole his breath, the darting sting perhaps less intense, or mayhap he was adjusting to it. Yet, though it was bright – that was all it was. He could not see.
“Painful! Bright and blurred.” Though he tried to prevent the despair, he was sure it was evident in every cried word.
A shadow of the old woman loomed close to his face, her warmth and breath now familiar to him. A longer outline was a sudden threat he instinctively knew could harm him. He flinched his chin away, the old woman’s cackle of laughter startling in the quiet room as his left eye popped open to check what was amiss.
“Just tell me if you see the edge of the blade clearly with only your right eye, young warrior. I am not going to harm you with it.”
Agony shrieked through his right eye, the leaking moisture something he could not prevent. He closed his left once again, to do as she bid, the knife hovering at a reasonable distance. All was as in a deep misty day, no vision beyond a hazy dark shape in a light greyness. A dark desolation gripped him. How could he function as a tribal champion if he was blind? Along with the hopelessness, a wretched anger took hold of him. Why had Taranis so abandoned him? He had always paid due diligence to his god. What kind of reward for his skills in battle was blindness?
“Your answer.” The old woman kept her patient tone.
“Nay.”
“You cannot see the blade? Or you will not tell me?”
He yanked his head away from her chin grip for he truly had only seen a vague shadow of the blade. The melancholy deepened. Blind? How could he train young warriors if sight was only in one eye? And what other dire injuries had he sustained if she had tied him down? What was there left to strap down?
Forcing himself to focus on the rest of his body, he willed himself to rise. In his head he moved, but when he looked down to his feet his body still lay prone under the blanket. By Taranis! What else was badly wrong with him? His fingers moved the blanket, the blood flowing there, but almost nothing came from his feet. Even tied down his feet should be able to stir the blanket.
His head felt full to bursting with…rage. His misery deepened further. What use was he if his lower body was dead?
No man at all!
He took his utter disenchantment out on the only person available, his tone merciless. “You should have left me to die, old woman.”
“Why would I have struggled to keep you alive for more than two moons if I did not deem you worthy of it?” 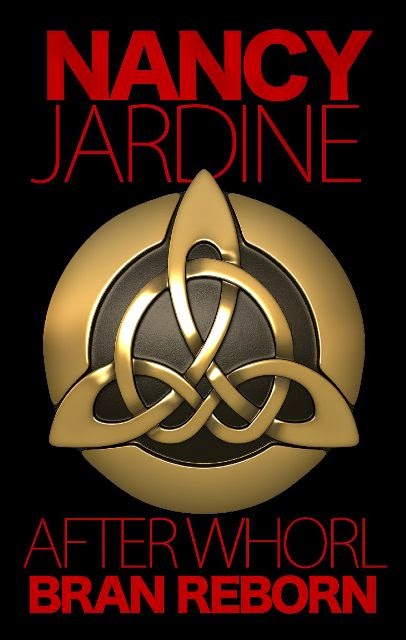 Scottish author, Nancy Jardine, writes Historical Adventures with varying degrees of Romantic elements. Her Celtic Fervour Series is about a warrior tribe from the hillfort of Garrigill during the late first century AD – in an era when the mighty forces of Ancient Rome advance on the Celtic tribes of northern Britain causing havoc to life and love. She also writes contemporary mystery romances.

Really interesting about the independence vote. I'm not surprised by the results of older citizens not wanting change. It's hard to turn people out of their secure rut when they've been in it a long time. Yes, I feel your characters confusion and pain. Great excerpt!

I'm ignorant of the details surrounding the independence vote, but of course, I was aware of it. It was sooo close, wasn't it? As for your excerpt, you most definitely struck a nice balance. Very vivid, very well written. Wow! Great job.

Change is always difficult. Quite an excerpt. So much emotion! Love that last line!

Thank you, Jannine.I think you're right about the 'not wanting to rock the boat' thing and I'm glad you like the excerpt.

Hi, Alicia. Yes, it was a very close call and thanks for your comments re the excerpt.

Hello, Margo. It's great to have you pop in to comment. Have a good week.

Sorry I'm a few days late, Nancy! I was wondering how those who voted "yes" for Scottish independence were faring after the vote. I guess like Jannine said it's hard for older people to want to change the status quo, especially if they're not particularly suffering. I love the time period of your stories, and it seems you put Brennas in quite a pickle! I'm going to have to get the books to see how he does!