Fall is my favorite time of year. Not just because of I was born in the Fall. It’s the crispness in the air. The chilly nights and warm, sunny days. The vibrant colors of the trees as the leaves turn. The crunch underfoot when the leaves fall. The smell of wood smoke as people begin using their fireplaces again. 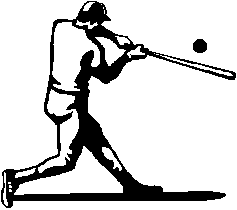 Most of all, Fall means baseball playoffs. I know, I know. Most people think of football when they think of Fall. Not me. Baseball is my favorite sport. Hubs thinks watching baseball on TV is like watching paint dry. Again, not me. Baseball reminds of me my grandmother. She took me to my first major league baseball game when I was fifteen. I was visiting her in St. Louis and we went to a Cardinals’ game. I was enthralled. She also taught me how to keep score. As an adult, I took my younger brothers and sister to Tiger Stadium many times. The few times the Tigers were in the World Series with the Cardinals, I had mixed feelings. My hometeam loyalty is always for the Detroit Tigers. But a part of me roots a little for the Cardinals because of my grandmother and my mom.

When I wrote my first science fiction, SWITCHED, I set it in the Fall. It was so easy to incorporate all the senses mentioned above.

Blurb:
Wise-cracking mechanic Jessie Wyndom gets the surprise of her life when she's accidentally transported aboard an Alliance of Planets starship. Then she learns an identical twin who was raised on an alien planet has taken her place on Earth. They are victims of a scientific experiment that separated Terran twins before birth. Jessie doesn't believe it. This is all a gag perpetrated by her brother and his nerdy friends.

Years of discipline enables Captain Marcus Viator to maintain the austere, emotionless persona prized on his planet, Serenia. Until he meets the bold, impertinent Jessie. She must go back to Earth before she disrupts his well-organized life. When he tries to return his unwilling visitor, he discovers the ship has left Earth's orbit--supposedly at his command. When more sabotage crops up, Marcus and Jessie must work together to protect the crew and themselves. As their attraction grows, treachery and violence force them into decisions that could separate them forever.

Do you enjoy books set in certain times of the year?


I blog here on the 8th and 30th of each month and Mondays on my own site http://dianeburton.blogspot.com

I'm with you, Diane. Fall and baseball. Go Tigers!

I agree with your husband. In fact, I think I'd rather watch paint dry than watch baseball! The rest of fall is great, however. We're starting to see a little yellow in our leaves already. Looking forward to the new season.

I'm with you, Diane! LOVE baseball. I never understood why people find it boring. Fall is my second fave time of the year. I love winter more, but I do love fall. I enjoy books set in both fall and winter.

I'm on the paint-drying side on this one, Diane! To me it ranks up there with watching golf on TV. :-) Where I live in southeastern Virginia, we have a change in seasons (which I love), but it's moderate. We don't get the brilliant oranges and golds in our falling leaves, and that's one thing I miss about not living in he north. The lack of snow though? That I can handle. :-)

I'm not big on baseball, but we do have fall birthdays in common! :)

Summer is my favorite season, but I enjoy the Fall as well, Diane. It's so colorful and vibrant...and I can wear boots. :-) I have a birthday during this season, too.

LOVE the premise to your sci-fi! Very cool.