After my divorce in the early nineties, I spent twelve years as a single woman. As such, I have to tell you, I hated Valentine’s Day. It was a day for couples, displays of affection, flowers and wining and dining. In contrast, I was stuck in the “world of aloneness” with a pack of Oreos, take-out Chinese and the company of two cats—who were getting more snuggle time than I was, I might add.


Twelve years is a long time to yearn to belong to someone. Perhaps that’s why I enjoy writing romance. Don’t we all long to belong? We place two characters on the page and watch them dance around each other, sometimes in a foxtrot, occasionally in a pelvic-grinding slow dance and often in the sensual push and pull of a tango. The music stops and tensions and conflicts arise. One misstep and hearts are broken. 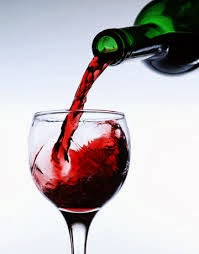 Now we all know a broken heart doesn’t mend overnight. It took me eleven years to reach the point where I wanted to give love a chance again. And what did I do? I drank too much wine one Valentine’s eve, went online and filled out a membership form for match dot com. Really, at fifty-three you’d think I’d have had more sense. But I was in the middle of a righteous, wine-induced crying jag and, like Rhett Butler, frankly I didn’t give a wine-darn.


I did the next morning, though, when I sat straight up in the bed, clasping my ears so they wouldn’t fall off my hung-over head and gasped, “My God, I put myself on the Internet. A picture and everything!” I threw back the covers and scrambled out of bed, determined to delete my match dot com profile aptly titled “Magnet 4 the Absurd.” I cracked my knuckles as I waited for my old dial-up connection to whiz and whirl as it did its thing. After all, I reasoned, I was a grandma and an “extra-fluffy” one at that (polite-speak for overweight). How many guys would possibly respond?
I had seventeen emails in less than eight hours. Some were stinkers. A few were looking for a sugar momma to support them. And a couple, I suspect, were married, in search of a little action on the side. Then, there was Calvin. A retired English teacher who also wrote. It was this man who healed my broken heart.

My Valentine’s Days are no longer alone. We don’t do extravagant celebrations. Dinner out sometimes. Perhaps an afternoon movie. I might get a pot of pink tulips—my favorite. Mainly, I get lots of hugs—and Calvin gives the best hugs.


However you celebrate Valentine’s, why not stop by some of the Roses’ blogs for the Honky Tonk Hearts Blog Hop? Some of us, along with many other authors, wrote novellas in the Honky Tonk Hearts series at The Wild Rose Press. We're all coming together with our stories to show you how lonely hearts come together in Texas, in Gus Rankin's Lonesome Steer Honky Tonk.

Leave a comment; there will be lots of prizes. The blog hop runs from tomorrow, the 13th to the 15th. You can start at my blog— www.vintagevonnie.blogspot.com –where you’ll find the list of links to other participating blogs.

That's so interesting, Vonnie! I recently wrote a story (for the day job newspaper) about a couple who'd met online and fell in love, in their 60s. As I was describing it to several colleagues, two more people of the mature generation told me they'd met their soul mates the same way. The moral? Romance is ageless. :-) Good luck with the Honky Tonk Hearts series and bloghop!

Thank you, Leah. For us, the match worked. At the time I lived in south-central PA. He lived in Columbia, MD. And, initially, I liked the safety net of the distance. After all, he was a stranger. LOL We were married a year to the day I got my first email from him.

I love your story with Calvin. You should change your names to protect the innocent and turn it into a book! LOL I'm excited for the hop. Great excerpts at each stop and terrific prizes so come visit us tomorrow!

Vonnie, what a lovely, lovely story. It brought tears to my eyes, and I'm not a romantic! (Even though I love to read and write and watch romance, LOL) But, I've met Calvin, and I can totally see how this love match came about. You two are adorable and perfect for each other. Sigh...

I've fifty-two, have been divorced since '95, and I have no desire whatsoever to find love, but it's so heart warming when people who belong together find one another. Happy Valentine's Day to an awesome couple. The blog hop sounds fabulous, I will definitely check it out!

I never tire of learning new details of how you met Calvin, V. Love the wine addition! Too funny! lol Magnet 4 the absurd. Ha!!!

We often talk about how we met online. For us, it worked. For others, it hasn't.

I'm eager for the Honky Tonk Hearts blog hop, too. There were so many stories released in that series. So many awesome reads!!

Alicia, perhaps someday when you least expect it, a charming guy will flash you a smile and your heart will sigh... If not, you'll be fine in your singleness.

As for the blog hop, YES, you must stop by. Read all the neat excerpts. Leave comments to be eligible to win prizes.

Thanks, Calisa. I'm not a heavy drinker, so a little wine can go a long way. Add a major pity-me crying jag into the mix and my emotions were all over the place. But look what came out of it? My sweet Calvin. My stud muffin.

Having read all that, Vonnie, I'm thinking of having a glass of wine tonight and seeing what happens!

Your Calvin is darn lucky to have you, Miz Vonnie. So glad you found each other.

I was 24 when I got married and it has lasted 45 years. My big brother of my heart was his sargeant in the Air Force. Bob always said he would not introduce me to a nasty GI so forget it. So when he brought Ken home to our Uncle Bud's birthday party and I wasn't there, everyone met Ken first. The following weekend I went down to visit big brother and family and we went to an Air Force picnic up by Yosemite. I saw this gorgeous GI standing under an apple tree with a beer in his hand. The moment I laid eyes on him I knew he was the right one for me. When Bob introduced him as the Ken I missed the previous weekend, I smiled - a lot. He would come to visit me on his days off and four months later I put him on an airplane to Vietnam for 366 days - doggone if it wasn't Leap Year. We got married in a beautiful church wedding the weekend he got home. He is still my hero...

Great story, Vonnie. Having met Calvin too, I have to say you are right. He is one special guy. I'm up for the blog hop. Best of luck HTH ladies!

What a great post and marvelous story! It gives one faith, doesn't it? Thanks for sharing with us!

What a lovely story,Vonnie and Calvin! I'm like Paisley, only Duane was in Nam for 14 months and we didn't get married until he'd been home three. I took him so long to propose that I finally did it--four days after he got home.

Sob, what a beautiful HEA, Vonnie and Calvin. God bless the grape!

I knew Tim in high school here he was Football team captain/Boyfriend of the Head cheerleader/Homecoming queen. I was a dork. But four years later (college must have been good to me)...we met again at a Christmas party for the old crowd. And bazinga. It was one of those "across the crowded room" moments.

I nearly ruined everything by picking the movie Deliverance for our first date....sheesh. But bless his heart, he asked me out again.

Andrea, have that wine. If it's snowing in NYC like it is here in Lynchburg, you'll need it to keep warm. Thanks for stopping by!

Awww, what a lovely story, Paisley. Nam interrupted a lot of our lives back then, didn't it? So glad he came home to you and the wedding bells chimed.

Thanks, Margo. Calvin is my gentle giant. He is my rock and my supporter, my sweetheart. Our house is full of love and laughter. I've been blessed.

I'm eager for the blog hop to start, too. I'm getting my post ready now as the snow comes down. We're supposed to get 8-15 inches.

Yes, Laura, one of the reasons we write romance is that we have faith in the emotion and in the healing powers of it.

Liz, I graduated from high school in '66 and saw a lot of my classmates ship out for Nam. It was a rough period in history for us...in many ways. I'm glad your hero returned home.

Oh, Tanya, I love those across the crowded room "bazinga" moments. Such chemistry and power. Makes my romance writer gene perk right up. LOL Thanks for stopping by!

Vonnie, what a lovely story. So glad you found your love. I met mine through a blind date. Two friends connived to hook us up. That was almost 42 yrs ago. He's a keeper.

Love to hear such a sweet story. Thanks for sharing! Dan and I met 22 years ago in college. I was (and still am to my knowledge) his first and only girlfriend. I dated quite a few guys before him, but knew he was the one right away. 16 years of marriage and 3 daughters later Valentines Day has changed around here and our girls reap the benefits.
This year I"ll be spending the day with 45 eighth graders. Yup, I"ll start the romantic day on a 6am flight to Washington DC for a weekend of tours. Can't wait.

Oh, a blind date. Now there's a cool premise for a romance, Diane. Yes, it's been done, but everyone's different.

Oh, Ally, I remember those days. I used to work third shift so my days were free to be a chaperone on class trips. We lived 2 hours away from Washington, DC, so our trips were made on school buses singing..."39 bottles of beer on the wall..."

Have a fabulous trip. Hope you won't get snowed in!!