Exclusive Excerpt from A PLACE WITH BRIAR by Amber Leigh Williams

I have some news I've been wanting to share with my fellow Roses and our readers for some time - I'm a Harlequin romance author! My first Superromance, A Place with Briar, will be released in mass market paperback and ebook this April, and I am thrilled! This book is very close to my heart because it takes place in my hometown, Fairhope, Alabama on the Gulf Coast. Coincidentally, in January, Travel magazine named Fairhope one of "America's Most Romantic Towns." I can vouch for this since I fell in love with my husband against the backdrop of Fairhope and summer sunsets on the bay. Ahhh, memories.

I can't wait for readers to get to know my wounded hero, Cole, and his kindhearted heroine, Briar, as much as the place they both come to know of as home! So in honor of Valentine's Day (my favorite holiday), I'd like to post the first excerpt from A Place with Briar here at Roses of Prose! Enjoy.... He's in some serious trouble


Cole Savitt does not want to deceive Briar Browning. But if he hopes to see his son again, he has to find the weaknesses in her charming bed-and-breakfast, then get out of town fast! But the quaint inn isn't the only thing charming him.


Cole's straightforward plan becomes anything but when he begins to fall for the beautiful innkeeper. Suddenly everything's on the line—his future with his son, a chance at happiness and the love of a good woman. Cole must rethink his priorities – and the stakes have never been higher.


Cole took off his helmet as Briar rubbed warmth back into her thighs. For form’s sake, he checked the gauges before switching the lights off and pulling the key out of the motorcycle’s ignition. Shifting to pocket it, he glanced back at her. “You all right?”

“A little warmer,” she said in a voice coated in sleep.

He felt the tug again down low and cleared his throat. “Need some help down?”


“I’ve got it.” Still, her hand gripped his shoulder as she dismounted.

Sliding off, he shifted from foot to foot, trying to get the blood moving. Preferably away from his pelvis.

Cole followed her up the steps to the inn as she unlocked the door, holding it open for him to enter then shutting it at his back. She flipped the latch behind them and switched on the entryway light. “I guess I should thank you, Cole.”

With a short smile, he led her down the hall to the kitchen. “Only if you enjoyed yourself.”

As the stove light fell over them and he turned to face her, he let out a laugh.

“What?” she asked, alarmed.


He gestured up. “You’re, ah…still wearing the helmet.”


Lifting a hand to it, she gasped. “Oh, shoot. I forgot all about it.”


When she struggled with the strap, he stepped forward to rescue her. “Let me get it.”


She closed her eyes. “I can’t believe I forgot. It felt so awkward when I first put it on.”


“You were relaxed,” he told her, making quick work of the strap.


“I admit, when I warmed up, I got kind of numb.” She pried off the helmet, running a hand over her loosening ponytail.


He began to step back then couldn’t. His blood sang at the sight of her flushed cheeks and heavy lids. As she pulled the band from her hair, raking it with her fingers and teasing the strands into place over her shoulders, the scent enveloped him.


Everything he’d felt that night swamped him again, leaving little room for rational inhibition. He moved in, no warning. Her breath had barely caught before his lips captured hers.


A small sound of surprise escaped her throat as his hands closed over her hips, maneuvering her back against the counter. She gripped his shoulders but didn’t push him away. After a shocked second, her fingers curled into his shirt.
Her lips were soft, plusher than he’d imagined. Sinking in, he didn’t progress further. He could’ve gulped, taken, plundered, demanded. But he held back because her breath cascaded over his face. He opened his eyes and saw the pinched bar between hers. As if, like him, she fought a costly, silent inner battle.
He lifted his lips but didn’t step back, waiting for her to look at him.
It took her a minute. With a great deal of effort, her lids pried back from her stirring, honey irises…and heat kindled in them, throwing a lit match on the dry brush inside him.
She pressed her lips together and searched his eyes. They parted once then twice before she whispered, “What was that?”
His heart thumped heavily between them, and he didn’t think he could stop it. “I…I’m not sure.”
Her teeth latched on to her lower lip in a move that tormented the hell out of him, and her gaze lowered to his mouth. “Maybe you could…do it again?”
No mistaking the request. The plea. Glutton for punishment, he gazed at her lips. Wanting. Needing.

So there you have it! A little teaser to get you by until April, I hope! A happy (early) Valentine's Day to everyone...and be sure to check out my website where you can sign up for my new mailing list with more exclusive info on A Place with Briar and other upcoming titles. A Place with Briar is available for preorder now.... 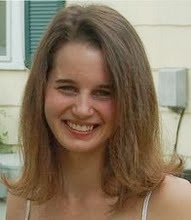 Amber Leigh Williams lives on the Gulf Coast. A southern girl at heart, she loves beach days, the smell of real books, relaxing at her family’s lakehouse, and spending time with her husband, Jacob, and their sweet, blue-eyed boy. When she’s not running after her young son and three, large dogs, she can usually be found reading a good romance or cooking up a new dish in her kitchen. She is represented by Joyce Holland of the D4EO Literary Agency. Find more on the web at www.amberleighwilliams.com.
Posted by Amber Leigh Williams at 12:00 AM

Email ThisBlogThis!Share to TwitterShare to FacebookShare to Pinterest
Labels: a place with briar, Amber Leigh Williams, contemporary romance, excerpt, exclusive excerpt, harlequin, harlequin superromance, superromance, The Roses of Prose Where Romance is Never Out of Season

Great news and sounds like a great book. Congratulations on your upcoming - in April - success.

Congratulations! That's fantastic. The book sounds wonderful, too. I love the back story behind the setting. Thanks for sharing!

Margo, thank you! I'm very excited for April and I'm so glad I finally got to share a glimpse of A PLACE WITH BRIAR with readers finally!

Alicia, thank you very much! This book carries a pretty big piece of my heart around with it :)

You go girl! Outstanding. I wish you much success. Oh, BTW, great excerpt!

Jannine, squeee! Thanks a million!

Barbara, thank you so much! :)

Congratulations on the Harlequin, Amber! Hope it's the first of many. Nice excerpt - look forward to reading more. You'll come back and give us a release date, won't you?

Congrats, Amber. Doing the happy dance for you.

Glenys, A PLACE WITH BRIAR will be on shelves April 1st. It's the first in a series of romances that take place in Fairhope, which involve the characters you'll meet in Briar and Cole's story.

Diane, thanks! Still doing my Snoopy dance, too :)