One of my favorite fall memories is of scents. Smells. Burning leaves. Burning hillsides. Hot soups and stews. Roasts and turkeys and hams and chickens. 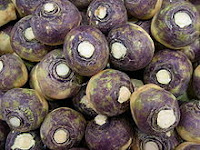 Wait a minute. Did she say "burning hillsides." Yes. I grew up in Southern California where the hills are designed by nature to burn. No one should be surprised with the grease-brush covered desert hills burst into flames somewhere every year. Happens. Can't stop it by building in those same hills.

But, this post isn't about burning hillsides. It's about the homey smells that came from my grandmother's and mother's kitchens. As soon as the fall vegetables hit the farm stores and grocery shelves, my grandmother was there, buying every root vegetable in sight. Our counter tops would be laden with potatoes and onions and yams, carrots and celery (alright, celery technically isn't a root vegetable, but it's a soup vegetable), turnips and parsnips and rutabagas. Yellow and green and patty pan squash. Fresh tomatoes for color. Chicken or turkey stock when we had it. Otherwise, just the vegetable stock that came from cooking.

My mother and I peeled and chopped. My grandmother stirred the huge soup pot. Late in the process my grandmother would throw in a handful of barley and rice. No measurements. Just a pinch of this, a dash of that. She didn't know much about seasonings other than salt and pepper, so the flavors of the veggies were the stars of the soup.

When my grandmother passed, my mother took up the knife. And when my mother passed, it was my turn. I start with the same basic vegetables, but I differ in the seasonings. I know from garlic. I know from fresh herbs. Sage. Oregano. Dill. Rosemary. Thyme. No salt. Plenty of fresh pepper. Like a two-finger wide swath that goes from pot edge to pot edge to add a smoky flavor. Chicken stock from an early dinner that's been in the freezer for a few months. Shredded chicken to add substance, fresh cooked. Maybe some kidney beans. Definitely tomato paste and sauce. Maybe some spinach or kale or shredded cabbage. Maybe a handful of pasta.

This weekend is veggie soup weekend. I'll make several gallons, both to eat and to freeze. We'll eat it with crusty bread dipped in the broth. And we'll remember my mother and grandmother with every bite.

Sounds really yummy, Betsy. I think most of the women in those older generations were salt and pepper only seasoners. Now you have me in the mood to make soup!

Glad I could turn your thoughts to fall and winter cooking, Jannine. I can't wait to get into soup/stew/chili season. Start now!

The soup sounds delicious. I love the smells of autumn. The crisp air, cool nights and, if we're lucky, sunny days.

we did have burning hillsides in the fall here in Connecticut. When the leaves fell, everyone raked them into huge piles and waited for an evening with no wind. The smell is unforgettable.

Burning leaves. A sure sign of Fall, also a fond memory since I now live in a town that won't allow it. Love the soup 'stories' Betsy.

My father-in-law used to loved boiled turnips (or maybe they were rutabagas...I don't know the difference) at Thanksgiving. Those things were so hard, they needed a massive whack with a big butcher knife to cut, and they'd boil for way longer than potatoes. He'd mix them with his mashed potatoes. To me they taste kind of bland, but to him, they made the day.