Returning Home But Leaving Part Of My Heart Behind 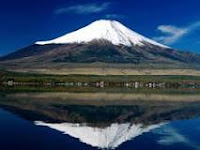 I'd been gone two years without returning home. Without stepping foot on US soil except to vote at the American Embassy and a couple of raids at the BX with an air force officer I met. When it was time, I didn't want to go. I couldn't stay either. I was torn.

I spent two years in Japan in graduate school, working on a masters degree in Japanese literature, immersed in the culture, rarely speaking English. I was twenty-one when I left home, already a college grad. I had no idea what it was going to be like living in another country where I could never assimilate. After all, this was Japan and everyone there was Japanese. Everyone but me, that is.

Friends in my student apartment house taught me to shop, use the train and subway systems, the etiquette of the public bath. My "apartment" was a four-and-a-half tatami room with a squat john for a toilet and cold running water. I had a gas ring for cooking and a small electric furnace for heat. A floor fan to cool the sweat in the summer. No furniture. In a nine- by nine-foot room, you don't have furniture. You have a small table with cushions on the floor. Bedding folds up and goes into a closet every morning.

Did I mention public baths? Yup. Mine was two blocks away. I carried my wash basin, all my lotions and potions and towels down the street to bathe with other women and children from my neighborhood. Dark auburn hair halfway down my back. 5'8" tall. Skinny. Striped tan lines in the summer.  I was the only foreigner and the kids were transfixed.

I learned to hold my wash cloth in from of my privates. Japanese women aren't shy about showing their breasts to other women, but they hide their privates. When the man who ran the bath house walked through the women's room, I covered my breasts the first time. That was poor manners. I never did it again. I gradually go used to the bath house owner moving through, to men's voices on the other side of the wall, to nodding at clean bodies walking away from the bath.

One day, a young child stared and stared. I was terribly sunburned from a week at the beach. She wanted to know if all foreigners were striped or just me. When I rose from washing my hair and body to move to the soaking tub, the child walked over and lifted my towel. I dissolved in laughter, Her mother dissolved in humiliation. It took the intervention of several other women to help the woman understand I wasn't angry but thought the child wonderfully natural. We became fast friends. 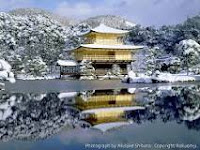 I traveled throughout Japan. I loved the mountains, the temples, the shoreline. Everything but always feeling like a stranger.

When it was time to leave, when my two-year program was finished, and when the Japanese government issued orders for me to return home, I do so aboard a ship. On the dock were my friends, those I had to leave behind. I was alone on the deck of a large immigrant ship taking Japanese to Brazil. I threw paper streamers to my friends. We held onto our ends until the ship pulled away from the dock and the streamers broke.

That day I turned my face toward home, but I left my heart in Japan. I've been back many times since, but it was never the same. I could never again be a stranger in the strangest land I could have imagined. I miss my naivete.
Posted by Betsy Ashton at 12:30 AM

Fascinating. My daughter wanted to go to Japan for many years while she was growing up. I'll need to share your post with her in the morning. Thank you for sharing your experiences.

What a great experience! Isn't it interesting how cultural habits can be so different from one group to another? It boggles my mind that it would be considered rude to cover your breasts. Thanks for giving us a peek into such a fascinating world!

Terrific how you adapted to such a different culture and learned to love it. Thanks for sharing - I really enjoyed the post!

Thanks, Jannine. I would have stayed if I could have. Leah, it wasn't rude to cover breasts as to uncover, um, other lower regions. Jena, I hope your daughter gets to go to Japan one day. So many things have changed. I'd go back in a heartbeat. Hey, that's an idea. Maybe I will...

Oh wow...this is so interesting. What an unforgettable experience. I'd never heard about this part of the Japanese culture. Thank you for the education!

Betsy, this post brought back so many wonderful memories! When I was twenty-one, I also went to Japan on a student exchange. I was only there for six weeks, but I'll never forget a minute of it. I even appeared on a local TV program where they dressed the blond American girl in a complete wedding kimono (unbelievably heavy!). Fortunately they didn't expect me to speak. I only learned a few key phrases.

What a terrific experience. Your post gave such insights into a different culture. Thanks for sharing.