A New Beginning in Italy by Catherine McNamara

Today's guest is Catherine McNamara. She's having a drawing so read on and enjoy! 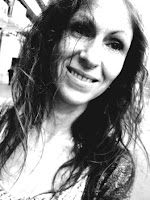 Around six months ago I gave birth to my youngest child. The pregnancy had been long - well over three years - but now my child is running about the globe making faces, exercising her limbs and requiring yards of my time. It has been a New Beginning of the most demanding kind, and I don't see her antics calming down any time soon. My new child is my debut women's romantic comedy 'The Divorced Lady's Companion to Living in Italy', published by Indigo Dreams, a small British press.

The first assumption people make is that the novel must be autobiographical. I mean, I am divorced, I live in Italy, I have a bunch of teens at home. But while there are places I know (and invented as well!) and I did borrow shades of certain people I am familiar with, the protagonist couldn't be further away from myself. (She has womanly curves and I am rather skinny!)

Marilyn Wade, dumped by her philandering husband who works in television, hears a rumour about local neighbour Jean Harper. Apparently divorcée Jean Harper had met the love of her life on a Singles Tour and now lived in Milan with her Italian partner and new love child. Marilyn flees to Milan in Jean Harper's wake and attempts to remap her life in the glamorous city.

What follows is Marilyn Wade's New Beginning in Italy. But like all New Beginnings Marilyn's is fraught with linguistic misunderstandings, lack of money and fraudulent friends. Her search for love is messy and embarrassing.

Here is my blurb:
But sexy glamorous Milan is about as unfeeling as a Prada bag. The streets are full of mile-high models, immigrants and remarkable men in suits. Who will she meet as she downs espresso after espresso in bars and learns grammar from a friend of George Clooney? Marilyn's entanglements involve a fetish party, stolen D&G heels and kisses with astonishing views, a kinky Hong Kong benefactor and a stirring love scene set in Venice. Will she ever find herself and a way to conjugate Italian verbs?

Italy of course provides a perfect backdrop for Marilyn's interwoven love stories with both older and younger men. Her transition-by-espresso takes place mostly in chic central Milan but there are also chapters set in Rome, Venice and the enchanting Dolomites. Her efforts to learn the romantic language involve sexy young agronomist Federico - and shades of tantalising punishment and reward. And her attempt at mature online dating throws her into the arms of the unsavoury Brett, who provides her risqué employment that pays much more than her meagre teaching job.

'The Divorced Lady's Companion to Living in Italy' is a hilarious dance through modern Italy, but it also tells what happens when a woman is bruised and rejected and has to struggle up again.  We see a woman rebuild a life for her children and regain some self esteem,  we see a woman strive to redefine herself as a sexual being.

It's not my story, but it is a story about a New Beginning in the most delicious of places. Not Eat, Pray, Love, but more Prosecco, Espresso and Linguistics. I hope you will enjoy Marilyn's Mediterranean transition as much as I enjoyed writing it!
Ciao ciao a presto!
Catherine http://thedivorcedladyscompaniontoitaly.blogspot.com

An old friend of mine named Jean fell through a tear in her marriage and landed on her feet. Jean met a solicitor from Milan on a singles trekking tour in Peru and packed her bags one autumn. She sold the house with its clutch of hydrangeas. Her adolescent children learnt Italian with ease. It was reported that at forty-four, Jean gave the Milanese man a chubby male love-child.

Jean wasn’t really a close friend of mine, though we had married the same year and our children were the same wretched ages. The parallel in our stories narrowed one quiet Sunday afternoon in the kitchen, when my husband Peter informed me he had fallen in love with a woman named Danielle and was moving to a flat in Shepherd’s Bush. His words exerted visceral, slow-release punches. I realised he had been naked in the arms of another woman. The first person I thought of was Jean in Milan, framed with dabs of gold from a painter’s brush and a corona of religious spurs. Jean in that moment became my patron saint.

In the aftermath I dropped a stone while waiting for my outrage to burst like rotten fruit on cement. It never happened. Rather, I was curious to know of Danielle’s hair colour and whether her neck had train tracks already faintly sketched; if she blew her nose in public and where she bought her shoes; whether her ovaries were better kernels than mine. I asked Peter. He gave me strained, sideways looks. He refused to include me in this new threesome and I quickly became the lone mare put out to pasture, the divorcée. I walked woodenly through the streets and couldn’t understand how the brand had come to be on my forehead, but now it was there.

Everything that I had taken as given in my life had been swept away.

WIN A COPY OF THE DIVORCED LADY’S COMPANION TO LIVING IN ITALY!: There are two copies of 'The Divorced Lady's Companion to Living in Italy' to be given away. Just write down the name of your favourite Italian city and tell us why. The best answer wins!

OR BUY A BOOK OR EBOOK FOR A FRIEND-IN-NEED OF A NAUGHTY MEDITERRANEAN LAUGH!
www.amazon.com
www.amazon.co.uk
www.bookdepository.co.uk  (free worldwide postage)

What an intriquing and entertaining read. Three years in the making and well worth the effort. While I know very little about Italy I'd have to say Rome because of its history.

Yours sounds like a complex, entertaining book! I'm not well-versed in Italian cities, so I don't know that I have a favorite. I bet I'd could learn a thing or two about them from your book.

The Divorced Lady's Companion to Living in Italy said...

The book is mainly set in Milan so you get a glimpse of architecture and fashion, as well as a George Clooney lookalike! It's a bit of a runaway love story, threaded through with culture, language lessons and stubborn teens! Ciao cat

The Divorced Lady's Companion to Living in Italy said...

Rome is delightful! There is even a chapter of the book set in the Eternal City. Rome at night on a vespa - the stuff of dreams! Ciao cat