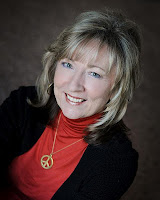 Library Lover's Month...hmmm...so we're celebrating those that love libraries. I can go for that, especially considering I'm one of those lovers. The quiet, the brightly lit rooms, the smell - oh the smell.

When I was a kid, growing up in Phoenix, the closest library was the big one downtown on Central Avenue - the Phoenix Public Library. It was an all day adventure. Someone would volunteer their mother to drop us off and another mother would pick us up hours later.

The first time was a field trip in grade school and the place was daunting - the building was mammoth, the card catalog huge and I had no idea how to use the Dewey Decimal System. I couldn't wait to go back on my own. The dark green marble floors were shiny, the chairs tucked in nooks and crannies were plush and the librarians so learned. Most of the time I wondered around lost, but I loved it.

Along the sidewalk on the Central Avenue side, huge oranges hung ripe from thickly leafed trees. My cousin Jerry and I decided we had to have one of those oranges. We made a plan. We waited until we saw my aunt pull up to the sidewalk and as we dashed to the car, we grabbed an orange and tucked them into our book bags. Have you ever tried to eat an ornamental orange?

Once a month, the bookmobile library would come to the A.J Bayless shopping center which was two blocks from my house. The little trailer was jammed with books and didn't allow for more than a couple of kids in at a time. It was crowded and hot, stuffy and fragrant with the smell of books. I loved that traveling library.

In high school, the library was so lacking that trips to the Phoenix Public Library on Central Avenue were still necessary. And the attraction of the place broadened a bit. I didn't have a car but my friend Judy did - a cute powder blue mustang. Cruising Central Avenue in a mustang and stopping for fries and a shake, made going to the library to research a paper worthwhile. The guys hanging out at the library didn't hurt either. No wonder the smell of a book is so sensual!

After I was married, I worked at the army library in Germany. Getting that job thrilled me. The lady that trained me made a great many assumptions about my library knowledge. Little did she know I still didn't understand the Dewey Decimal System. But I didn't care. I roamed around the tiny library and breathed deep. Then the second hour came along. Apologies to all the librarians I greatly admire, but this was one of my most boring jobs. I'm not sure what it says for G.I's, but the place didn't get much traffic. I did get to do a lot of my own reading.

Not having kids at home anymore, I'm not sure how often they get to the library.So much research and reading is done on the Internet now. And I'm not knocking it. I spend a great deal of time on the Internet. There are advantages. But you miss so many things - the librarians, the Dewey Decimal System, the boys and especially the smell.


Visit Brenda at www.brendawhiteside.com for a complete list of books
Or connect with her on FaceBook: www.facebook.com/BrendaWhitesideAuthor
Posted by Brenda Whiteside at 12:01 AM

Email ThisBlogThis!Share to TwitterShare to FacebookShare to Pinterest
Labels: and romance, honey on white bread, library lover's month, sleeping with the lights on, The Roses of Prose

Hi Brenda,
Great blog. I love libraries. I think it is the smell and they always seem to be cool.

Oh yes, I should've added that. In Phoenix, in the summer, a library is a great place to chill out in more than one way. Thanks, Margaret.

I love libraries, except the town I live in now. Franklin's Library (where I used to live) spoiled me badly. Best library ever! I used to live in the library. Now, I only go occasionally. It doesn't even look like a library.

Sad to say, I don't go much anymore either.

I remember in elementary school going to the school library, picking a book and then a spot to read by the window facing the courtyard. The only book I can remember reading there, Harold and the Purple Crayon. I love Harold! As I got older, I lived for the bookmobile to come and checkout books. Eventually, it stopped coming and I would either go to the library or buy the book I wanted.

I rarely go to the library and if I do, it's because my kids need one or more for a school report. It's great to see my son in elementary school still goes to the library on certain days. They learn, pick out books and have reading time.

My best memories are from when I was a kid, picking out an armful of picture books to take home. In college, there were the stacks. All those narrow rows of books and the elation of actually finding the one you were looking for! Now I go to the library mostly to check out our current book club book. And when it's my month to host, the librarians are extremely helpful about offering suggestions. My group doesn't "do" romance. So, I'm always at a loss. LOL Lovely memories, Brenda.

I also love libraries. the library was a sactuary for me as a child, the one place no one yelled or scolded. No wonder I spent so many summer days inside.
I still do research at the library. I need the paper pages to assure me the facts are true. lol

Great post! I love libraries and have so many fond memories of all the different ones I've visited. I remember my first grade school field trip was walking to the public library and getting my first card.

Who doesn't love Libraries? I can't understand anyone who doesn't. As a child I walked a couple of miles to the local library with my Dad, every Thursday night, and a couple of miles back. Parents have talked the last decades of their 'quality time' with their kids. Going to the library was my time with my father. I couldn't wait to grow up and get into 'the big library' to take out his favourite books. He loved many kinds... H.G.Wells, H. Rider Haggard, Kipling, Conrad, Steinbeck...
Memories are great, Brenda. Lovely blog, thanks.

Jody, hi. So the kids do still use the library for reports, etc. So glad to hear.

Janinne - why the heck don't book clubs do romance? I have done 2 book clubs that read my first book but by and large they don't. They sure are missing out!

Barbara - I think we all found sanctuary at the library for one reason or another. LOL on the paper pages.

Isabelle - isn't it amazing our first trip to the library sticks with us?

Nancy - what a really great memory with your dad.