Confessions of a Dating Rebel! 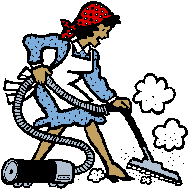 There are lots of traditional mores that now seem outdated: once upon a time, women were not allowed to own property, vote, hold down a job (except poor women could do something menial, like being a servant).


In fact, right up until a few years ago, women teachers in Ireland (and possibly other countries!) were expected to leave their jobs if they got married. One brave soul had to go all the way to the higher courts to insist that she and all other women teachers had the right to work in their chosen profession and at the same time be a wife and mother. She won her case and a judge ordered her reinstated, but whether she actually returned to work in a school that had caused her such unhappiness, I don’t know. I doubt things would have been pleasant for her in the staff room.


Yes, there are many things that women weren't supposed to do in the past that they do now without even having to stop and think. For example, I can remember when I was in my teens, you were considered a bit 'fast' if you asked a guy out on a date. Well, not being one to stand on ceremony, I bravely invited three boys out on dates. Not all at the same time, you understand.


One turned out to be a total jerk. So much for my feelings of being sophisticated in the ways of dating. But never mind, if at first you don’t succeed….


The next turned out to be older, but also a member of the minor aristocracy, and I learned a lot from him – his lifestyle provided lots of insights for a girl from a working class background! But he was looking for a long-term relationship which was more than I was ready for. 'Nuff said. 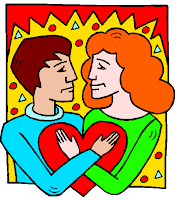 The next guy I met and asked to accompany me to a party turned out to be a real gem – and we're still together many years and four children later.


So Phssst! to social mores!


You're probably wondering why I'm telling you all this. Definitely not to prove what a rebel I am! I'm pretty sure my own very modern daughters wouldn't be impressed by this bit of 'forwardness' on their Mom's part. And the idea of proposing – well, that went way beyond me!


And if you're too young to know this bit of old folk lore, this is the one day every four years when it's considered okay for a woman to propose to a man. Wow! 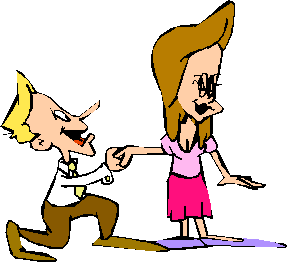 If you're in love and he's a bit shy (or, as we used to say, a bit backward on coming forward)       today's the day you can pop the question with good luck on your side.


I'd love to hear about your own adventures in setting the running in a relationship – whether it's making the first move - or even proposing!
Lady Diana, the heroine of my romantic comedy  Marrying Money, was tired of there being a dearth of eligible (and wealthy) husband material in her life. So she decided to go out and find herself a rich husband to save her impoverished estate. Here's an excerpt:

“I have definitely got to do something about the state of things. We can’t go on this way, what with money leaking out left right and centre and the east wing needing a new roof and…….“


Sally raised an eyebrow at me over her pint mug of lager and lime. It’s her way of saying: “Get on with it.“ and I don’t think she has any idea just how badly her eyebrows need plucking. Raising one like that makes it look like a caterpillar is crawling up her face……


Where was I? Oh yes. “I made a decision this morning, after going over the accounts one more time with Jim Chatterton. After realising that I don’t actually have a pot of my own to piss in, as your dad would so charmingly put it, I've decided on a course of action."


"Ohh, get you. 'I've decided on a course of action.' Well, if that ain't just the lady of the manor, an' all," Sally said before honking loudly and banging her forehead on the table.


"Stop it, will you – everyone's looking," I hissed at her. "Anyway, I am the lady of the manor. And I'm going to get married."


I should have waited until Sally had swallowed that mouthful of lager and lime. That way she wouldn’t have sprayed it all over the vicar when I made my marriage announcement.


"You're not serious! You? Get Married? Never!"


People really were staring, now. The Reverend Morrison was edging quietly away from our table, although I wasn't sure whether he wanted to avoid another lager spray or was afraid I’d ask him to conduct the service. The vicar and my dear nutty Aunt Kay, the family witch, have had a few spats in their time. I think it once involved an exorcism.


"You're not really going to marry Larry the Lettuce, are you?" Sally's eyes were wide.


"Well he's as good as any other option around here. And he's got money. It's simple: He gets me, and the Ashburnham Estate gets his money."


Which is actually only a variation on my ancestors' behavior. Whenever the estate was down to its last few hundred thousand, out would go a hunting party to bag a nice rich bride and dowry. I couldn’t see any difference between my bagging Larry the Lettuce and my great Great-Great-Great-Great--Grandfather, Lord Ralph, aged 70, bringing home pretty little fifteen year old Alice de Clancy and her accompanying gold dowry.
Glenys O'Connell swears she has never proposed to anyone in her life. This blog is the last confession of this sort she intends to make - even under threat of removal of her chocolate stash! You can read excerpts from her books on her web page at Romance Can Be Murder

Congratulations for making your own happily-ever-after, Glenys! I can't claim to have been that bold when I was younger. My 25-year-old daughter has had to make the first move more often than she'd like, but I'm proud of her.

What a fun post, Glenys. I don't remember asking a guy out but I did make the first move on a drive-in date and HE wasn't ready. Eeek. I thought I was pretty bold dating 3 guys at once in college but when I called one of them by the wrong name, I trimmed my numbers.

I was never bold when it came to dating. My biggest move was probably telling my boyfriend (now my husband) that my five year plan included marriage, kids, and selling a book. He proposed a few weeks later. Sometimes they need that gentle prod in the butt! BTW, the book thing took way more than 5 years! LOL

I was always too fearful of rejection to approach a guy. Great post.