What’s in a name? Well, for me, sometimes naming characters is a bit like trying on clothes. I gather as many names as I can carry, haul them into the dressing room, try them on, angle this way and that way in front of the mirror, ask a trusted buddy for her opinion, discard ones that don’t fit, and whittle down the possibilities until one has been selected. It’s important to get a character’s name right. A reader has to travel with that character for hundreds of pages. An improperly named character can mean the difference between an enjoyable read and an I’m-not-going-to-finish-this-book read.

I often call potential names out loud in voices portraying the varying moods found in my stories. I need to know a name is going to sound great even if another character is screaming it in rage. I try out the names while I’m talking to my characters. You might hear me say, “Well, you know, Patrick…” just to see if his name flows nicely in the context of a conversation. If it doesn’t, I’ll try another until I get the right vibe. Meanwhile, The Husband wonders who all these men are.

And what about a shortened form of a name? David to Dave, Michael to Mike, Steven to Steve. Who will use the shortened forms? Parents, friends, lovers? Are there shortened forms you as the author just won’t tolerate? Richard to Dick? Is it going to completely emasculate your Alpha hero, Ralph, if someone calls him Ralphie? These are all considerations to keep in mind when naming a character.

Once a first name is selected, the hunt for last names can be challenging. I’m Italian and live in a predominantly Italian neighborhood. Most of the people I know are Italian. The urge to make every last name sound like something out of The Godfather or Goodfellas or have it end in a vowel is always there. To help vary it up, I began collecting possible last names in my writer’s notebook. One fun source has been the names of towns along I-91 as I travel from Rhode Island to Vermont on the weekends. In Kisses to Remember, the hero, Holden Lancaster, has a first and last name that are towns on that route. His heroine, Johanna Ware, sports a last name that came from a highway sign. In Firefly Mountain, the last names of Claremont, Barre, and Thetford all came from this town method as well. This name collection system has really helped me branch out of the parmesan-encrusted bowl of gravy I had been stuck in with names. The whole world isn’t Italian or Irish or whatever ethnicity in which you’ve been held hostage. 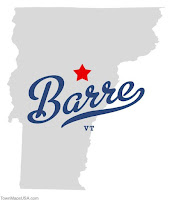 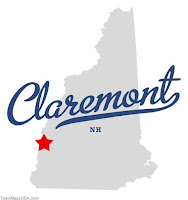 Sometimes names have just come to me when characters are introducing themselves in my mind. I’ll be walking my dog, and out of nowhere, a voice will say in my head, “Hi, I’m Detective Daxton Wilder, and you should write my story.” Umm, okay, Dax. I’ll get right on that. And suddenly, no other name is right for him. He. Is. Daxton Wilder. Down to the core. I can try calling him something else, but he won’t listen. If he doesn’t listen, his story doesn’t get written, and that makes us both cranky.

Names are sometimes derived from something that describes the character. For example, in my young adult book, Run With Me, about a tree spirit, I chose the last name Everleaf for the hero, Jobah. It has a tribal, earthy feel that is perfect for his story and who he is. The heroine, Olivia Bradford, received what I’d call an upper middle class name. She lives in a respectable suburb, attends a nice school, is on the track team, has two brainiac parents. The last name Bradford was found with my town method mentioned earlier, and it sounded professional with the word doctor in front of it for her parents.

I’ve also heard names of real people that I’ve simply fallen in love with like Salem Grimm. Fantastic! I’m going to use that someday. Everywhere I go, I check out employee nametags. I’ve come across some great names like Avaline, Gretah, and Doone. Unusual spellings of names can be fun too. Carissa can be Kharissa. Or Kevin can be Kevyn. Play around with names.

Naming characters is a blast, and I do think that those names can help determine who that character is going to be in a story. Treat your readers to some solid, creative names that will enhance their reading experience and have them remembering your characters long after the last page has been read.

Oh, wow! I'm first today. You go through so much more than I do, Chris. A name has to "feel" right. In my Alex O'Hara stories, I use a lot of Dutch last names. My story takes place in west Michigan where the Dutch settled back in the 1800s. But my main characters are Irish and Italian, so I played with their names, too, until I got what felt right.

I've changed the name of my heroine in my WIP about 3x but then realized only the first name Carole really worked--I couldn't think of enough excuses why the heroine of A Christmas Carole should be called Annie! LOL When I wrote Loveland, where the hero's name is Jesse, one of my beta readers said she was getting confused when people called him Jess-who's this Jess? Really?? I thought that was strange myself. For some reason, it seems to me, most romance writers have a tendency to go for Anglo Saxon names, maybe because they're easy to pronounce. I have a friend whose last name is Boeve and 3 branches of her family all pronounce it differently. Quite honestly, I see nothing wrong with a good Italian name--indeed I'd welcome it!!

Informative post. What's in a name, huh? I've read novels where the name was so off the wall, it stopped me each time I came to it in a book. In my current wip I have two young brothers who are central to the story of their widowed mother. While, her name, Madison was easy to come by, the boys, now Dak and Cameron were much, much harder to name. I like the idea of using towns for last names. I'm going to try that method next. Or maybe now. I want the town they live in to have been named after her (second) late husband. Since I have no road trips planned in my near future, maybe a road map will help me come up with something.

I have a falling apart baby name book I've used for years. Honestly, though, I need to branch out. When I worked at the rec center, I pulled up the after school program list and was astounded by the array of current unusual names. I used a couple of those for secondary characters. I love the town idea for last names. I tend to use my phone book, choose the letter I want the name to start with, and then flip through it until I find a name that works.

Chris, you've talked about all the aspects to naming characters that I consider. Pivotal in my plot is when a character calls another a nickname...but, you're right, the nickname has to work as an endearment or the plot/forward movement suffers. One more point...the names have to be different enough so the reader doesn't mix up characters...and sometimes I don't realize this until I'm in rewrite mode. Yup, names are SO important!

Oh Christine...Chris...Chrissy...you and I are the same when it comes to names. I love naming characters--when they don't name themselves. I'm on book one of my new series which is by far the most involved I've written. I'm up to 27 characters. I had to go back and rename a couple of them as time evolved because they sounded too much alike. Out of curiosity, I looked down the list and found I favored J over all letters for first names in this series. Curious. I remember when I started writing The Art of Love and Murder, I named my hero Sheriff Lance Meadowlark. It just came to me. My son's name is Lance. That wasn't a problem until I started the first love scene. I couldn't do it. Ewwww. Lance became Chance. LOL

Names usually come fairly easily to me, but I'm stumped with my upcoming book. I can't start until I know the hero's name, and it's eluding me. I've tried umpteen options, and it's still not right. Like Jannine, I have an old baby name book, but it's just not cutting it this time. I need to broaden my search. I love unusual names for secondary characters, but the hero has to be special and just right.

I'm late! :-) Fun post, Chris. I've never thought about using towns for names, but it makes sense. Lots of towns are named for people after all. I love going through the process of naming characters, and like you, sometimes they just come out of the blue. I love when that happens.