Indulge me for a moment please in a brief history lesson.

Most of us remember the legendary team of Lewis and Clark (a/k/a the Corps of Discovery) who mapped the newly purchased Louisiana Territory in the early 1800s. What some might not know, however, is that the leader, Meriwether Lewis, died several years later in suspicious circumstances while stopped at an inn along the Natchez Trace, about 70 miles southwest of what is now Nashville. At the time, Lewis’s death was ruled a suicide, but there are many who believed (and believe now) that he was murdered. (If you’d like to learn more, Google it; you’ll find tons of material...just no definitive answers!)

That murder theory is the foundation of my new prologue. I’m using real characters in a real event but with a fictional outcome. (Dear editor: Please don’t let me forget to mention this in the book notes!) At the same time, I need to be as accurate historically as possible within the framework of that fiction. Yikes!

I’ve read tons of historical fiction, but most of that was set in Regency England....a bit different from the American frontier!

When I realized how much I don’t know, I started researching like crazy. 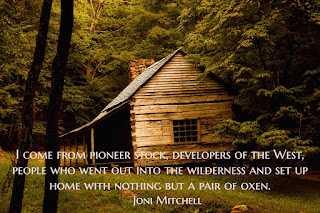 I found all sorts of old journals and letters and lists of household goods (including images!) online that answered most of those questions. But what about speech/dialogue? I figured there would be plenty of different accents of people traveling through the area (the inn bordered Cherokee lands), but I don’t know what words were in common use for everyday Americans.

For example: If I write something like, “Is he catching?” (meaning is he contagious), would that be historically accurate?

Aside from that, was the speech pattern of someone educated (like Lewis) as stilted as the writing, or would it be more casual like we are today in spoken language? And how much did his cross-country adventure (where he met people of all different tribes and nations) affect the way he communicated with others?

For a general sense of the language, I turned to books written around that time period. (I mean, should I be thinking Nathaniel Hawthorne here, or Laura Ingalls Wilder’s "Little House" books which were, admittedly, written for children!?) And if I were to emulate the former, would I bore contemporary readers to tears?

So I tried to pick a midway point between overly flowery and overly simplistic. And I tried to limit Lewis's dialogue while incorporating what fact I knew.

Here’s a sample of my first couple pages (first draft!). I’d love to know if you think I’m on the right track or need to take a class in History Writing 101.

In this scene, Priscilla Griner is real. The inn (Grinder’s Stand) and the general description of the property are real, and the typo (Grinder for Griner) is real. (Apparently travelers mispronounced it so much, the wrong name just stuck.) The man on horseback is Meriwether Lewis, and the description of him being ill on his arrival is factual according to what I read. The other characters (the inn’s scullery maid and Lewis’s servants) are real, but fictionalized.

“Ma’am?” Amelia straightened from the table where she’d been mixing a batch of cornbread and turned toward her mistress. Miz Griner had hired her just two weeks past, needing help she said with all the chores at the small inn she operated with her husband, way out here in the Tennessee wilderness. It was no wonder, what with having children to care for, two cabins to clean, family and travelers to cook for, plus the garden and livestock to tend to. Still, Amelia half thought Priscilla Griner only wanted another female staying with her since her husband was gone hunting half the time. She was probably lonely, and scared, as they were just as likely to be visited by bands of neighboring Cherokee as western-bound travelers looking for lodging on the trail. Some came with families seeking a better life, others came alone seeking fortune.

That’s what Amelia wanted, too—to find her fortune…and a man if it so happened. This place was as good as any to start looking.

Miz Griner swiped her arm down the side of her face, wiping away sweat as she hurried toward the doorway to the cook house. “I said, a man is coming. I need to see to him.” She gave Amelia a frowning glance over her shoulder. “Don’t let that cornbread burn. We need it for supper.”

“No, ma’am, I won’t.” Amelia took a peek at the batch of cornbread she’d put in the oven earlier. It hadn’t yet started to brown. She moved in behind Miz Griner to peer around her, down the trace. Fallen leaves, just starting to bronze with the coming change of seasons, muffled the hooves of the horse plodding toward them. The man on its back wore a fancy coat and breeches and a tricorn cap, and he carried a rifle across the saddle in front. With each step of the horse, he swayed from side to side as if only sheer grit kept him seated.

Two men carrying thick bedrolls on their backs and rifles in their hands trudged behind him. They were conversing, their heads angled toward each other, making Amelia wonder what they were up to. They stopped short when the horse lurched to a halt in front of them, nearly tossing the man from its back.

“Lord have mercy,” Miz Griner muttered. She wiped her hands on a rag hanging from her skirt’s waistband, then moved into the yard. “Good afternoon, gentlemen. You look sorely in need of refreshment.” She waved a beckoning hand toward Amelia. “Water, if you please.”

Leah writes stories of mystery and suspense, good and evil and the power of love. While she has really enjoyed all the research for this chapter, she’s just as happy making up her own events, and places and characters to fill them. Learn more at her website or visit her on Facebook. She loves meeting readers!
Posted by Leah St. James at 12:05 AM

I love it Leah - of course I am no historian, but I am an avid reader of fiction!

Leah, what a big challenge you've undertaken. You are smart not to use first person POV, because that would mean you'd have to match internal and external dialogue with the times and education. Amelia is going to be most interesting to portray, probably. A single educated women serving as a servant? Age? The narration from her point of view seems quite educated/observant so maybe she'd a not merely a servant? I'd have to know more to see if her observations gibe with her background. Otherwise, the language was peppered with localisms ('sorely in need', etc.) Works for me, so far.

You did an excellent job, Leah. I used to write historical, and the key is to not sound too modern but also not stilted. You found a good balance. I don't think it's necessary to use an accent or phrases people won't understand. Simple is best, and this works.

You convinced me. This sounds real. Best of luck with this new endeavor!

You're off to a great start, Leah! My first three books were historicals, and I loved the research. For my first manuscript (horrendous and never published), I used a book of pioneer diaries from women on the Kansas frontier. I chose to write post-Civil War stories because I was so concerned about the language issues you're worried about. I thought I could get away with more modern language, and largely I think it worked. In genre fiction, you want to add flavor without doing anything to slow a reader down or interfere with her enjoyment of the story. It's a fine line.

Thank you, Mimi! I appreciate your stopping by to comment!

Thanks, Rolynn. You've given me a few things to think about. Amelia is young (16...for now anyway) and ready for some adventure. I didn't think about her education level, but she's come to the frontier from a wealthy home in Connecticut, so maybe some of their mannerisms have rubbed off on her? Thanks for sharing your thoughts!

Thanks, Jannine and Diane - I appreciate your taking the time to let me know. :-)

Thank you, Alison, for the tips and encouragement. When I decided to use this historical event for the basis of the new prologue, I somehow didn't think about the actual writing process until I started writing! (D'oh. Sometimes I'm not the best planner.) :-) I had so much fun digging into all those details, but I think I'll stick mostly to contemporary times after this!

You did a great job. I really felt as if I was transported back in time. The wording and characterizations sure worked for me. I agree with Jannine, Less is definitely always more.

This excerpt is very good. So much research. I admire your perseverance in gathering info and then using it without sounding like a textbook. Best wishes. I hope to read this soon.

Thanks, Margo and Diane! I'm breathing a bit more easily about the chapter now. :-)

I think you nailed it, Leah. It didn't sound contrived or forced.

Wow, excellent job!!! I'm not familiar with historicals but it sounded authentic to me. And engaging. I'm impressed with all the research you did, and the interesting facts you uncovered. Can't wait until the book is done!