Lemons, Breast Cancer, and Fulfilling Your Dream by Mackenzie Crowne


Have you ever had one of those When life hands you lemons moments? I’m not talking about a disastrous new haircut or even that moment when you can no longer zip your favorite pair of jeans. I’m talking about one of those Holy crap, what am I going to do now? moments. 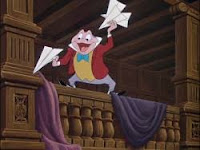 Before the fall of 2007, I hadn’t. Like J. Thaddeus Toad on his wild ride, I’d been happily racing through life, enjoying the scenery and signing on for whatever new adventure presented itself. A constant stream of fads and manias drew my interest. You see, like Toad, I had a short attention span. Inevitably, some new bright and shiny notion would send me off in another direction. My switch from one mania to another was never a conscious decision, it just sort of…happened.

Over the years, I dabbled in many things. At one point, I filled my spare room with craft supplies because a good friend was a marvel at creating gorgeous Christmas wreaths. However, it wasn’t long before I discovered how badly I sucked at crafting. The subsequent yard sale earned a whopping thirty-four dollars, but my spare room was clear of twigs and bows once more.

Another time I purchased a used sewing machine from a charming eighty-year-old woman whose fingers were bent and curled with arthritis. The new valances over my windows were presentable enough but, before I destroyed all the evidence, I used to cringe whenever I'd come across a photo of my boys wearing the result of my short foray into the world of patterns and thimbles.

Don’t most people have one arm much longer than the other? Dr Suess would have been proud of my handiwork. I, ahem, gifted the old lady’s machine to a friend.

I don’t want to give the wrong impression. I had occasionally gotten involved in something I felt strongly about and managed to see it through to an acceptable conclusion, but other than enjoying time with family and friends, the only mania that hadn’t faded over time was my writing. I was ten when I penned my first short story and dreamed of sharing it with others. Unfortunately, I never gave that lifelong passion the attention it deserved. Busy running in a million different directions, I treated my writing as more of a hobby than the burning need it was—despite the persistent antics of the characters living in my head.

Then, on a crisp late September morning, I faced a moment unlike any other. Within the confines of a small, windowless room, those lemons life occasionally delivers slammed into me like an out of control freight train. Facing a tiny sprite of a woman, an oncologist, J Thaddeus and I were introduced to the concept of mortality. From that moment on, Toad was on his own. After all, if I was going to battle and beat breast cancer, subjecting myself to physical disfigurement and debilitating treatments, I owed it to myself to do whatever it took to bring my dreams to fruition. 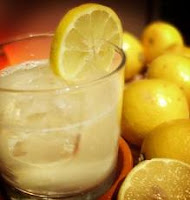 Breast cancer handed me an entire bushel of lemons, and while I wouldn’t wish the experience on my worst enemy, the diagnosis forced me to make lemonade. In the process, I quenched a soul deep thirst I’d been ignoring for years. Earlier this week, I sat in that same windowless room where that tiny sprite of an oncologist and I shared grins and high fives. You see, ten years later, having recently published my thirteenth title, I’m cancer free. Yeah, baby!

I could say mission accomplished and stop there, but that would be so Toad. He and I think differently these days. He's content to spend his life racing from one new fad to another. I, on the other hand, have experienced the sheer joy of fighting the battle and winning, in both my health and my writing. I’m a survivor, and with the concept of mortality firmly in place, I refuse to settle for just a piece of my dream. I insist on having it all.

What about you? Has life ever handed you lemons? And what did you do with them?

When Mac isn’t busy celebrating 10 years of cancer free living, she spends her time weaving HEAs for her characters, like Sophie Taylor, the heroine of her RONE AWARD winning romance, A SONG FOR SOPHIE, available via The Wild Rose Press and everywhere else e-books are sold.

Posted by Mackenzie Crowne at 8:32 AM

Wow, Mac. I'll bet that lemonade tastes wonderful. Congrats on beating breast cancer and on your 13th book. Both my sisters are breast cancer survivors. I dread each mammogram, expecting to hear a life-changing diagnosis. If I do, I hope I have my sisters' and your courage to face it and win.

Wow, I've never experienced anything like that. My mom went through breast cancer and is a survivor. I lost my dad to pancreatic cancer. Having people close to you face mortality does make you consider your own. I started my first book the summer I graduated from high school then majored in creative writing. Over the years, I took breaks from writing to support myself with a full-time job and deal with babies, but after the girls started school, I buckled down to serious writing and have never stopped. Small steps toward progress sometimes, but I AM making headway. Your story is an inspiration! Thanks for sharing.

Yes, Mac, I know the feeling. I was an Army brat until college, forced to figure out how to adjust to new places, people, and cultures every two years (difficult posts in Germany, Japan, Korea, Georgia, etc). And leaving people I grew close to over and over. I made more lemonade out the brat life than two of my siblings could manage...and I still love to travel...they don't. So many of my experiences in education came with sourness which I attempted to sweeten. When my husband wished to retire and wanted a freed-up spouse to do things with, that felt sour. I had no idea if I had more than a book in me when I took up writing in 2001. But I had to do something that fit with a 'retired' lifestyle. Thank God this worked.

Mac, I'm impressed by your rich survivor history and your talent as a writer. By the way, all those crafty episodes helped you as a writer, I swear :-) Mush on!

Hate that damn cancer. It's taken a few family members and friends from me. I rejoice at you battle won. I've made some lemonade in my life. Forever the Pollyanna. I too hopped from one thing to another and didn't take writing seriously for far too many years. Better late...

You inspire so many of us, Mac. I've had cancer twice--skin cancer in a place that hadn't seen the sun in over twenty years and cancer of the saliva gland. Nothing as drastic as breast cancer. I can't tell you how thrilled I am that you've reached your TEN year anniversary. Hugs and kisses, my friend. Hugs and kisses.

Fabulous story you survivor you. Congratulations. Though I've survived three or was it four bouts of skin cancer, I faced my slammed into mortality moment in January this year with a colon cancer diagnosis. Stage I which is good right? My sister in law just passed her five year breast cancer survivor milestone, you got yours. I'm looking forward to mine. Hugs for sharing.

Wow. and your, "Where Would You like Your Nipple?" helped see me through, Mac, so well done all round Survivor Pal.

Congratulations, Mac, on the latest book AND on the wonderful, wonderful news from the oncologist this week. I've had plenty of lemons thrown my way, starting at about the age of four, but my mom used to say if you had your health, that's what counted. And it's so true. Good for you for grabbing hold of your dreams and making them happen. Thank you for the inspiring message today.

Beautiful post... emotional and humorous. I admire your strength and attitude, and I'm SO glad you beat breast cancer. My best friend of 40 plus years is a breast cancer survivor, and it was a scary, scary time. Congrats on all the books! :D

A great post, and I'm so happy for the lemonade you've made!