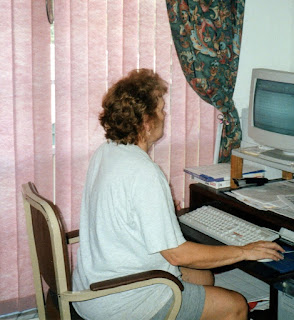 The family enjoyed dinner together than gathered in the living room for their traditional celebration. Ben sat nearest the fireplace with Diesel between him and Jake. Jake drew Laurie down next to him. Her parents settled on the couch.

“We’re so glad you could join us, Jake. Despite your protests we know how much we owe you and Diesel,” her mother said softly. She wiped a tear from her cheek. “You saved our son.”
Jake’s cheeks  reddened. Diesel woofed and nudged his arm.
Laurie squeezed his hand.  “You’re embarrassing him, Mom. How about we sing a few carols then open a gift.” She smile at Jake. “We open one on Christmas Eve. You get to pick which one.”
“I didn’t think you’d go through all this trouble,” Jake said. He caught her fingers and raised them to his mouth. He kissed her knuckles and her parents laughed.
“Do I need to ask your intentions?” Ben asked.
Jake’s face flushed again. “No. I think you know,” he murmured to Laurie. Her eyes sparkled in the lights from the tree.
“I think this year we’ll do things a little different,” Dad said. He waved at the stockings hung on the mantle. “Diesel has a treat waiting for him.”
Ben handed Jake the stocking with Diesel printed in glitter on the front. He felt the shape inside and smiled. “Ah. His favorite.” He pulled out a large bone.
Diesel waited patiently until he gave permission then dragged the bone into the corner to gnaw.
Ben handed him the stocking marked Jake. Puzzled, he found a flat square item in the toe. He pulled out a leather folder.
“Open it,” Ben urged.
Jake flipped it open. A shiny police badge glittered in the twinkling lights.
“What’s this?” He couldn’t believe what he was seeing. “A badge?”
“Welcome to the police department, Jake. Your application was approved this afternoon,” Dad explained with a broad smile.
“Hey buddy, this is great,” Ben whooped and have him a high five. A lump clogged his throat and he hugged Laurie to his side.
“I think you missed something in Diesel’s,” Mom said gently.
Jake gave her a puzzled frown before he poked around  in the toe.  His fingers found a slender case. He held it up to look at.
“You must have made a mistake,” he said. “This looks like another badge.”
“Open it,” Laurie urged.
The badge was labeled, K-9 unit.
“Your Dad’s not the only one with pull. I’ve been friends with the Senator for years. She got the approval today. Diesel will be given to our police department. She wishes you a Merry Christmas,” Mom bragged.
Jake fingered the two badges, unable to believe what had happened. After a few minutes Laurie  tugged him from the room. Diesel followed them into the front foyer.
“Merry Christmas, Jake,” Laurie whispered. She glanced up at the hanging mistletoe and he didn’t need a second hint.
“You’ve made mine special. And I want to return that for all the years to come.”
Laurie nodded. Jake cradled her in his arms. She fit perfectly. Their lips touched and clung.
This kiss was more than a promise.
Diesel jumped up to plant a dog kiss on her cheek then Jake’s. Their laughter filled the night.

Title 10 US Code 2583 gives priority first to civilian Law Enforcement Agencies, then to prior handlers, and finally to the general public. In the event that a dog’s age or fitness precludes it from being considered for Law Enforcement duties, then a former handler is most often selected. Better than 90% of former MWDs are adopted by their handlers at field units.
All our Military Working Dogs are trained at Lackland Air Force Base and then sent to operational units throughout the DOD. The dogs are usually a German Shepherd, Belgian Malinois, Labrador Retriever and occasionally a mixed breed or other sporting/herding breed dog. They range in age from 1 year to 13 years of age, and include both males and females, although they are spayed or neutered before being adopted.

Awww, very sweet happy ending. Loved it! And, I love that you shared the information about adopting military dogs. Those are special animals, and your story is even more special because of that element. Great job...Merry Christmas!

Barbara, thanks for a tied-with-a-pretty-bow Christmas ending. Merry Christmas to you and yours! Rolynn

What a nice story, Barbara. here's hoping all those wonderful dogs find homes that are just as wonderful. Merry Christmas!

Fantastic, and happy, ending. Such special dogs and special men and women who work with them. Merry Christmas!

Finally got around to reading this happy ending. Thanks!

Thanks to all of you for the wonderful comments. My Christmas was quiet with my husband, Bill, not feeling well. Hope youall hav a Happy New Year.