Doggie Kisses and Mistletoe by Barbara Edwards
Chapter Two
When she heard the car door slam Laurie rushed outside. 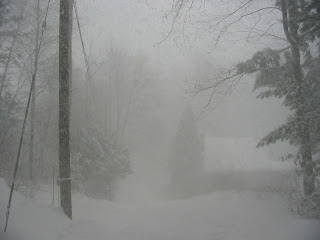 “I’m so glad you’re home,” Laurie exclaimed. “Christmas wouldn’t be the same without you both home.”

She threw her arms around her mom before she gave her dad a smacking kiss on the cheek. She practically danced in place trying to keep her eyes from where Ben waited to surprise their parents.
Finally her mother glanced towards the house and her mouth opened.
“Ben? Ben?” Tears ran down her cheeks as he limped to her side.
“Hey Mom. Looks like we’ll both be on crutches for awhile.” he gestured at his casted leg.
Laurie’s Dad didn’t say anything, but clasped Ben’s hand like he’d never let go.
Jake hung back, not wanting to intrude on the happy reunion. His parents had passed away and he had no family to share the Holidays. Ben’s invitation had been a blessing, giving him somewhere to go to fill the last days with his dog.
He’d hounded the people at the base about adopting Diesel, but although he was being retired he was healthy and could be used by  a law-enforcement agency.
Jake couldn’t take his eyes from Laurie’s shining face as she watched her parents welcome her brother home. When she turned to him and held out her hand to draw him close, his breath caught. She slid her arm around his waist and he felt as if they were connected. Diesel gave a soft woof and licked her fingers. She grinned as she introduced them.
“My Dad’s the retired police chief,” Ben said. “Mom says he’ll never stop ordering them around.”
“Why are we standing around in the cold?” Laurie tugged at Jake’s hand as if they were a couple and his heart gave a jump. Diesel lead the way inside, his tail wagging.
Jake couldn’t stop watching her. Laurie was everything he’d ever wanted. Ben had talked about his family and he knew her from the dozens of photos he’d shared. He secretly admitted she’d been the reason he came.
Jake sat down with Ben’s dad while Laurie escorted her mother to her bed for a nap.
“So what are your plans? Ben said you’re getting out.”
“I have to take Diesel to Lackland. I’m on the adoption list if he becomes available, but he’s too good a dog. He’ll be taken right away.” Jake felt Diesel’s warm tongue on his hand and he curled his fingers around his neck. The dog sighed and put his head on his thigh. “Myself? I’ve put  in applications at several police departments. I haven’t heard back yet.”
“Why don’t I take you to the police station? With several men retiring in the new year we have might have an opening. And Ben assures me you’re experienced. That you saved his life.”
“Don’t let him kid you. He saved mine. And I think applying for a job here is a fine idea.” Jake let his thoughts drift to Laurie’s pretty blue eyes and light brown hair. He wouldn’t mind living in the same town, even the same house.
Diesel woofed as if reading his mind. 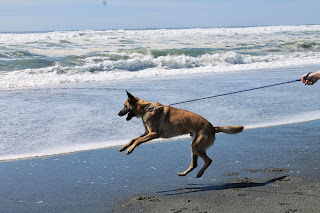 Laurie didn’t know what to do next. She had cookies to bake and frost, gifts to wrap, and last minute shopping for fresh vegetables for Christmas dinner. She rubbed her forehead. A gift for Jake and a big bone for Diesel were on her list, too.

Mom made her way slowly into the kitchen using her walker. “Let me do those cookies,” she chided. “You take care of the running around. If I take longer than normal, it’s okay. And don’t forget a big bone for Diesel.”
“Like I could,” Laurie laughed. “It’s too bad Jake has to return him. He loves that dog. And Diesel loves him. I wish he could adopt him, but the rules don’t allow that.”
Her mother gave her a long look. “What is allowed?”
“I’m not sure. He said law-enforcement has first dibs.”
“Really? I’m not surprised. Diesel is a great dog.” Her mother shooed her from the kitchen.  Her eyes twinkled. “Put the phone over here in case I need it. Santa might call.”
Snow had painted the town like an elegant Christmas card. Laurie found an Aran Isle sweater that matched Jake’s chocolate colored eyes in the first store she entered. They even wrapped it. The next store had Christmas stockings and she picked out two for Jake and Diesel. The bone for Diesel was equally easy. Their butcher store had beef leg bones for soup and they gave her one that wasn’t cut up yet.
She sat in the car to organize her thoughts. Up the street Jake and her father exited the police station. After shaking hands, they separated. Jake was walking in her direction.
She stepped out and waved. His grin lit up her insides like a sparkler. “Where’s Diesel?” she called.
“Keeping Ben company. He’s done it before when I had things to do.” His chocolate eyes heated as he met her gaze. “Would you like to have coffee?”
Laurie nodded. He took her hand as they wandered along the sidewalk. When they passed the decorated Town Green, she wished this time would continue forever. Her heart kept telling her Jake was the one she’d been waiting for.
She smiled at him when he held open the door to the coffee shop. Heat hit her like a brick after the chilled air. They sat in the booth in the corner and ordered.
They talked for an hour before Laurie realized how much time had passed. She pushed away her empty cup. “I have to get back. Mom’s baking the cookies, but I’m sure there’s other things to do. Time is just flying.  It’s already Christmas Eve.”
“Yeah. Two more days until I turn Diesel in.” Jake’s face saddened.  Laurie tightened her fingers on his.
“Maybe things will work out so you adopt him.”
“I’m not so hopeful. He’s so good, they’ll be fighting to get him. But thanks for the good wishes.”

Come back tomorrow for the happy ending

I'm tearing up here again, Barb. Diesel just HAS to stay with Jake and Laurie! Dogs are so precious. I have a feeling Diesel deserves his own Merry Christmas.

The money/time that went into training a dog like Diesel...he's valuable...he has to keep working, that's for sure. But if they could remain partners...even better for both. Like Jannine said...

Really enjoying the story. Rooting for a happy ending for Jake, Laurie, and Diesel!