I Killed Off A Writer!

No, I've not confused things. I haven't killed off a character. I've choked the life out of a writer. And the writer was me to a degree. My nom de plume.

A pretty name, isn't it? More melodious to the ear than Vonnie Davis. I've always disliked my first name. I get tired of saying, "No, not Bonnie...not Connie...or Lonnie...or Ronnie...and so forth."

I contracted the book with The Wild Rose Press. Alicia is my editor. We were good with using this new identity. 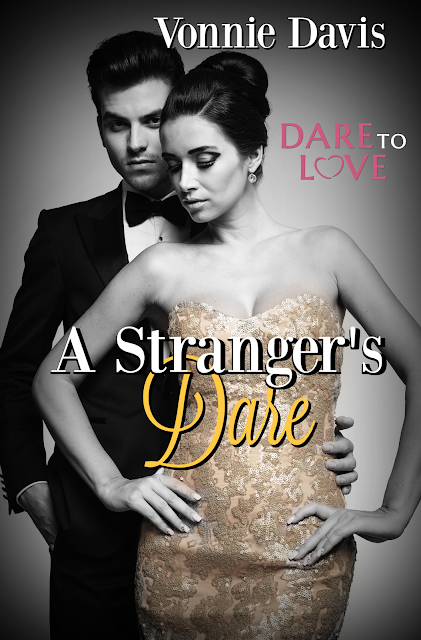 This releases the 25th of this month.

How much sense did it make to have this second identity? Aly and I talked about it and decided to use my real name on Mr. OH, a Dominant and Jazz a reluctant submissive.

I've killed off a writer...me...Renae DeVeau.

Do any of you write under more than one identity? How do you handle it?
Posted by Vonnie Davis ~ Romance Author at 12:00 AM

Vonnie, I'm sorry your attempt to be a split personality failed...I see why you tried, but I also see why it didn't work. From everyone I've talked to, assuming two names (or more) is such hard work...you don't need the hassle. On your website, you can rate the steam level of your books so readers know what they're getting...and most readers know how to assess steam level from the blurb and product key words. My writing has changed the other direction...more mystery/less heat, but I think my blurbs make that clear. We're evolving...taking risks....and that's a good thing!

I started out writing historicals but switched to romantic suspense. I feel like I should have two separate entities for each sub-genre but never got around to it. Now I don't have time for the historical writing, anyway, when I'm producing 2-3 suspense books per year. It's a dilemma, for sure. But your name sells, and it's not like your regular "Vonnie" books are tame. I think your readers will understand.

I think it was a good idea, but not necessarily needed. If a regular fan loves your work and accidentally gets a book to hot to handle, well, she knows they aren't all like that and will just be more careful next time. I never even wanted to write under one pen name. Too much trouble. And congrats!

Thanks, Angela. I loved it. Calvin helped me make up the last name. We're a team, even though he no longer writes. He's on for consultation duty. LOL

No, I seldom write tame. I write what heat level I enjoy reading. And I love a book that makes me laugh until the bed shakes since bedtime is the only time I get to read anymore.

How wonderful to be in such demand, even if it does cause a bit of a conundrum! When I switched from writing Western historicals to contemporary romantic suspense, I wondered if I should separate the identities. I ultimately decided it was too much trouble and I didn't have enough dedicated readers to bother. Your situation is quite different, but I think you made the right choice.

I do write under a pen name, and it's a pain in the you-know-what! I decided on a pen name because I started out with a very spicy BDSM story and a friend/erotic author told me it's a good idea for protection (plus my kids begged for anonymity). While most of my writing is pretty spicy, that's the only kinky one in the group...unless you count ghostly encounters as "kinky"! So I have sort of the reverse dilemma. I even have a children's story under my pen name! I've handled it by clearly labeling on my website and in the product information on the retail sites. As fun as Renae sounds, I think it's wonderful that they want "Vonnie." :-) Fabulous cover on DARE TO LOVE, by the way!

Yes, it's a shame that poor Renae had to be offed, but maybe it was for the best. Less hassle and all the readers who love your stuff no matter how spicy can easily find you. The cover for A Stranger's Dare is fabulous!!! Very elegant and sexy. Myself and TWRP were happy to make things easy. :) Best wishes!!

Vonnie, I believe there is a 'movement' toward authors having more than one genre they write in--i.e., out with the pen name, in with the real name sort of thing. And you are victim to it. And I wish you much success.

After I'd written a few sci-fi romances, I wrote a romantic suspense. I kept my name because I'd already built an audience. However, I'm thinking of publishing a YA space adventure. I'd rather younger readers didn't read my more mature books, so I'll probably use a different name. Although it doesn't seem to bother Rick Riordan's readers that he writes adult fiction as well as YA. I do like the sound of Renae DeVeau. Sounds sexy.

Thanks, Alison. I hope I made the right choice. It'll be easier promo wise.

I'm glad you like the cover, Leah. It's one of the few times the couple are dressed. LOL I had no clue you used a nom de plume...am I spelling that correctly?

Alicia, I'm glad TWRP didn't fuss about changing my name on all the paperwork and the cover if they've started it yet.

Thanks, Andrea. I hope it works out well.

Diane, writing for different ages might be a little different than various heat levels. I don't know which is the best way to go there. Do what suits your fancy.

Vonnie, Leah is my real given name. The last name is the fake part. My real last name is shared by an English professor at Harvard who also publishes books (probably treatises on some highly intellectual topics). I'm sure she would prefer me to use my fake name as well! :-)

Calvin's brother taught statistics at Harvard, Leah. He couldn't get into UVA because he was black, not could he go to our state's capital to receive his award for having the highest math score in high school. He was told in a letter, it would be mailed to him, that his being Black meant he couldn't be honored in any way for academics. He went to Howard and eventually got his PhD. at Harvard and taught there. The only times he returned to VA was for his father's funeral and to help move his mother to Calvin's house in Maryland.

You got my hackles up, Vonnie.

Mine, too (hackles up). That's the kind of personal story that makes me doubt/regret our decision to move here (to Va.), Vonnie.